While the RBI can nudge things along, ultimately bank owners must recapitalise and review internal processes to ensure that a culture of irresponsible lending doesn't continue, says Devangshu Datta. 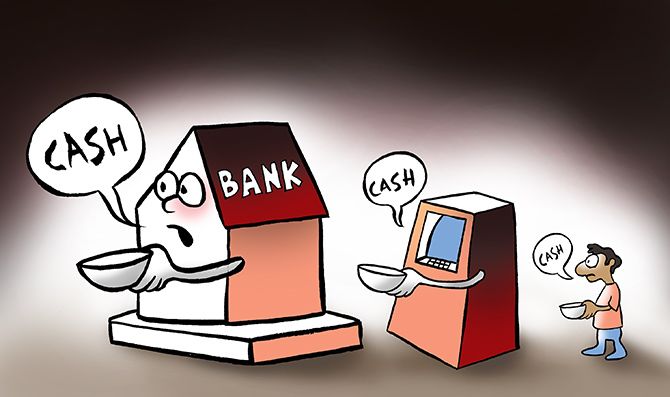 Inflation is rising, fourth quarter (Q4) results are not so good, the banking sector is in disarray, energy costs are up, and the rupee is weak.

None of the indicators are in the red zone yet. Prompt action by the RBI could prevent things from spiralling further into dangerous territory.

But what will the RBI do?

It has had a relatively easy ride since September 2014, when crude prices started trending down.

Inflation reduced as energy costs dipped. The rupee also recovered as external deficits (trade and current account) and the fiscal deficit came down.

That easy ride is over.

Crude prices could climb through the next year, while it would be unrealistic to expect government spending to be curbed in an election year.

So inflation could trend upwards.

The rupee will be under pressure until it hits a level at which exports rise and imports fall, or both those occur.

The RBI cannot do much to change these trends. At best, it can manage the rupee.

But it is very unlikely to cut interest rates under the circumstances.

Indeed, it could hike rates - the minutes of the last MPC meeting indicate that members have already considered this.

Most likely, it will just deliver a mildly pessimistic statement and maintain status quo.

There may be some changes to gross domestic product (GDP) and inflation projections in the next MPC statement.

The RBI's surveys will show heightened inflation expectations too.

A large proportion of inflation expectations are based on food and fuel price uptrends and again, the RBI can’t do much about either of those baskets.

Rupee management will be tricky since global currency markets will see a lot of volatility in the next 12 months.

The Fed is raising rates. The European Central Bank and the Bank of Japan will taper their respective QE programmes within the next 6-12 months.

Rupee weakness is a good thing in the circumstances. It makes imports more expensive, which is a disincentive to import.

It also makes exports more competitive. But the RBI will have to figure out how to soft-land the rupee without too much volatility or a free-fall.

Given the state of the banking sector, tinkering  with policy rates will make little difference to commercial rates.

The public sector banks (PSBs) are in no shape to disburse more credit, or pass on rate cuts. But banking is where the RBI can make a serious difference and it's trying.

A fast banking turnaround would be an enormous booster shot.

There is no way high GDP growth can be maintained, if banks cannot disburse more credit.

The RBI can speed up recognition and write-offs and indeed, that's the reason why bank stocks have gone up, despite poor results.

By forcing quicker recognition of NPAs, and higher provisioning, the RBI may help force faster resolution.

The Insolvency and Bankruptcy Code going into operation has also helped since it gives hopes that some portion of big NPAs can be recovered.

Investors are optimists and the market has responded well to the RBI's urgency.

However, while the RBI can nudge things along, ultimately bank owners must recapitalise and review internal processes to ensure that a culture of irresponsible lending doesn't continue.

That would require the government - the majority shareholder of PSBs - doing its bit.

That's where doubts creep in. NPAs often occur because politically-connected promoters bypass due diligence and credit appraisal with a few phone calls.

That hasn't changed by all accounts.

While private banks have seen NPAs climb, the worst performers ( the bottom 10) are all PSBs.

It will be hard for the government to find that money. Reviewing processes to shield banks from political interference will be even more difficult. 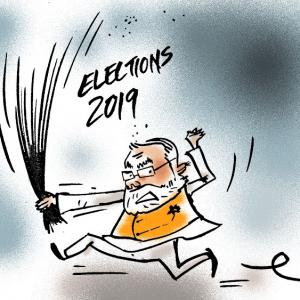