No one expects the government to publicly concede policy mistakes.

But it can shed denial; and, stop the point-winning debating style to the formulation of public policy, says Rahul Khullar. 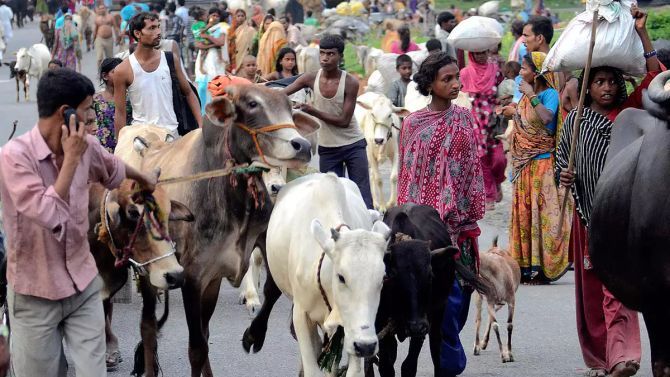 Many people believe that the second quarter onwards the growth rate will rebound.

The numbers will bring more cheer, especially to the government.

But, what if the second quarter growth is not that good? Do the “whiners” rejoice while the “shiners” go into a sulk? Do we really need to pin so much hope on a number (or numbers)?

After all, how reliable is the initial growth estimate as an indicator of economic health?

The nub of the matter is how we arrive at that growth number.

How and when are estimates of the performance of the informal and non-corporate sectors counted?

Now, in the initial estimates, the only parts of the non-corporate sector that are covered reasonably well are: agriculture, construction and retail trade.

As for the rest, their estimates are based on extrapolation of corporate data.

For some manufacturing sectors, the data becomes available after 18 months. For other sectors, we have to wait for the NSS surveys of the non-corporate sector. (I am grateful to my friend of 48 years, Pronab Sen, for this information).

There are two implications.

First, the initial estimates will always be subject to revision with a lag. That is, the growth number can be revised upwards or downwards. And, we will know the “truth” much later.

That is, if it is known that the non-corporate and informal sectors are doing worse than the corporate sector, then any extrapolation with corporate data will yield inflated growth estimates.

The double whammy of demonetisation and the Goods and Services Tax (GST) wreaked havoc on the informal sector and micro, small and medium enterprises (MSMEs).

The corporate sector was not impacted as badly. Its health is, therefore, not a good indicator of what is happening elsewhere.

Estimates of growth for the informal/non-corporate sector based on extrapolation will not capture the ground position.

So, while the initial estimates may be a pointer to a nascent recovery in growth, or worse, an indication that things have not got better, it seems futile to expend sound and fury on the numbers.

Doesn’t it make sense to move on beyond a heated discussion on the growth numbers?

As Manmohan Singh recently said, “There come certain moments in a democracy’s history when economics should take precedence over politics.

"It is one such moment in India now. We must put the nation above all politics.”

The largest responsibility reposes in the government as it has the executive powers to do something; the Opposition has none.

No one expects the government to publicly concede policy mistakes.

But it can shed denial; and, stop the point-winning debating style to the formulation of public policy.

Quite simply, we (India) have a problem and it is the elected government’s job to fix it.

Here are some suggestions.

Eligibility would be contingent on at least 50 per cent of the loan being drawn down before the closure date.

If this triggers investment of Rs 1 lakh crore, the fiscal cost would be Rs 20,000 crore spread out over 5-7 years.

Start the investment cycle with those hurting the most; good economics is also good politics.

Not possible; fine, reduce the MAT to 25 per cent of that in the domestic tariff area. This will spur infrastructure investments by SEZ developers.

It will also result in new investment by SEZ units (actual producers and exporters).

Within a year, this will provide a boost to exports.

Tax officials will argue against this move on the basis of presumptive revenue losses.

But if the activity did not take place to begin with, the revenue loss is notional.

Mr Jaitley (finance minister), please do not heed your tax officials. In particular, do not heed the editorials in the pink pages that will sermonise about how this is a retrograde measure. Like the ad, just do it.

Terms of trade have turned against agriculture over the past few years.

Fourth, the highway programme announced is welcome but short on details.

Reality check: That is roughly the amount that the government borrows in a year to meet the fiscal deficit.

Release a list of roads (with committed funding) that will be built (work started) between now and March 31, 2019. Some must be toll roads (short and long segments).

This is necessary if highway funding has to move outside of budgetary grants.

Now, the Reserve Bank of India (RBI) did not emerge from demonetisation smelling of roses.

But, it would be folly to attempt restoring reputation by asserting “independence” and not budging on interest rates.

What we need is a 100 basis points (bps) reduction in two short steps of 50 bps each. And now.

The initial estimates for growth in the second quarter 2017-18 will be announced on November 30.

Do we wait with bated breath for the numbers and start another round of political point scoring? Or, do we start right now to fix the problem instead of talking about it? The choice is ours. 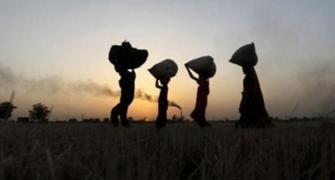 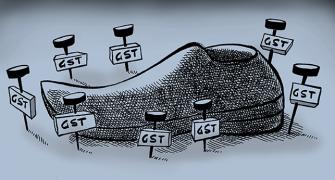 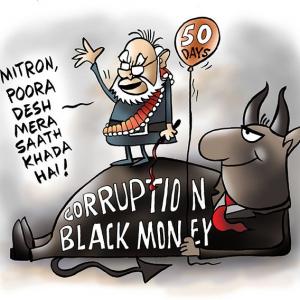