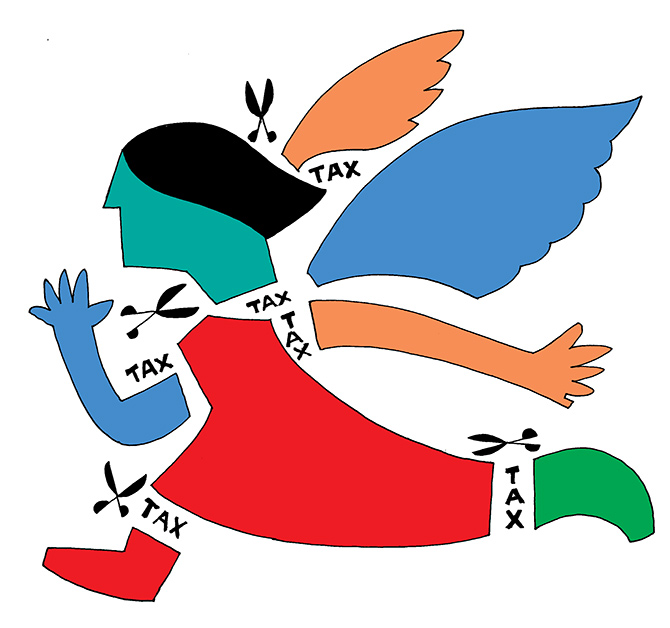 The single biggest policy challenge staring India in the face is that of creating 20 million formal jobs every year for the next two decades, starting yesterday.

There's some debate about how well we've done so far -- some estimates say it's less than 500,000 per year while others suggest we've done as well as 6 million in one year -- but no one really knows for sure.

Even if we take 6 million, the highest estimate, it's still less than one-third of what we need.

Remember we are talking about real jobs here, or what we in India call 'formal jobs', and not paid activities that we pass off as 'informal' jobs.

Wait, you might say, where did that 20 million number come from?

At the rate our population is growing, around 12 million people are entering the working age every year. According to Credit Suisse economist Neelkanth Mishra, to raise agricultural productivity to levels that begin to be internationally competitive and relieve the crisis in Indian agriculture, we need to be pull out 6 to 7 million surplus agricultural workers out of the countryside and into jobs in other sectors.

Round it off and you get the scale of the challenge.

So how do we get the Indian economy to shift to an altogether different gear and generate formal jobs on such a scale?

We are working on it, but what we do know is that it cannot be done by business as usual.

Incremental improvements and policy tweaks will not create millions of new jobs quickly, or at all. We have to work along multiple fronts.

In a discussion one morning at Takshashila, we hit upon a simple but potentially very powerful insight: Every time a woman gets a job, she creates more jobs in the overall economy. How?

If a woman goes to work, she is more likely to employ a domestic help, a cook and send her children to child care.

The higher the woman's income, the greater are the number of jobs she is likely to create.

Our very rough estimate gave us an average multiplier of 1.3, which is huge.

Indian men, unfortunately, do not create the same multiplier because they leave the housework to women. (According to data compiled by Oxford University's Our World In Data, Indian women spend nearly 10 times as much time as men on unpaid care work, among the highest in the world.)

Yet India's female workforce participation rate is low and falling.

Overall, it has fallen from 36.9 per cent in 2005 to 27 per cent in 2013, in both rural and urban areas, despite a period of moderately high economic growth.

The multiplier works the other way too: Each woman who drops out of the workforce takes away 1.3 other jobs with her.

Therefore, getting more women to join and remain in the workforce ought to become a top national policy priority.

Indeed, unless women get on the escalator of jobs, careers and livelihoods, initiatives such as 'Beti Bachao, Beti Padhao' will not yield intended outcomes.

Incentives matter, and good jobs are a powerful incentive for families to nurture, educate and value their girl children.

Stop taxing women, for a start.

Too few Indians pay personal income tax, and the number of women taxpayers is disproportionately small. It won't hurt the exchequer much if -- to make a statement -- personal income tax is waived completely, or at least for incomes below a high level (say Rs 5 million per annum).

As my taxman friend immediately said, some men will try to take advantage by routing incomes in the names of female members of their family. Fair enough, but the thought of more money in women's bank accounts is appealing.

This exemption can apply up to the point where the company achieves gender balance. Most of the women CEOs I bounced this idea off thought that it would work, but in the same breath worried that it could create a "quota mentality" and set back the cause of gender equality.

Hema Hattangady, who used to run a successful energy technology company, warned that "If you bring in women with inadequate skills, you set them up for failure and cause men to complain of discrimination."

Finance Minister Arun Jaitley has said he wants to phase out corporate tax exemptions. Even I am silencing my inner fiscal conservative in arguing for this because of the job creation potential.

Third, since the 'informal sector' can employ a lot more women in both rural and urban areas, Union and state governments should introduce a scheme that allows the private sector to employ women for not more than 120 days in a liberalised labour environment.

The economist Ajit Ranade thinks companies in construction, textiles and tourism for instance can hire tens of thousands of women under such a scheme, ring-fenced from the morass of self-defeating labour laws of our country.

Finally, empirical studies in many societies show that good child care facilities have an important effect in ensuring women don't drop out of the workforce. Yet, child day care services attract 18 per cent tax rate under the goods and services tax regime.

There is a strong case to eliminate this altogether. We need both the government and private sector to build more anganwadis and child day care centres.

A prudent way to attempt these measures is to impose a five-year sunset clause on all of them. They can form the nucleus of a National Mission for Women’s Employment Promotion, NARI. I am sure someone can make the acronym fit properly, but the logic already does.

Nitin Pai is Co-Founder and Director, Takshashila Institution, an independent think-tank and school of public policy. 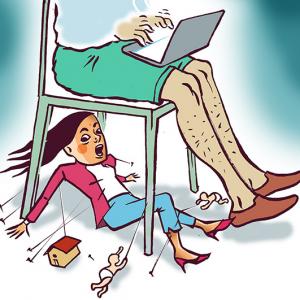