There is mounting evidence that the Information Revolution may mean the end of large-scale vertically integrated businesses whose guiding principle, “economies of scale”, was the defining miracle of the Industrial Age. 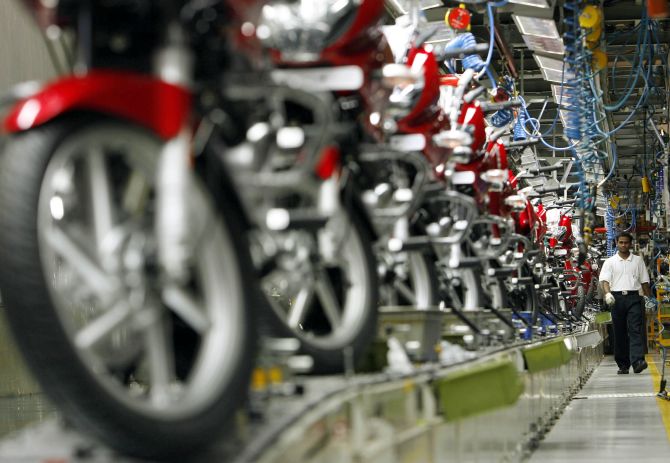 I sometimes wish that I could be magically transported back in time to 18th century Machilipatnam, that ancient port town on the east coast of India in present-day Krishna district of Andhra Pradesh that lies on that stretch between Visakhapatnam and Chennai, then known as the CoramandelCoast.

I dream that I would hang out in one of the tea shops of Machilipatnam, and chat up not just the local grandees but also the British, Dutch and French merchants who came visiting to buy woven and printed textiles to take back and sell in Europe (the term synonymous with high quality Indian textiles, muslin, itself originated from Maisolos, the name that Ptolemy used for present day Machilipatnam in his 1st century BC history, Periplus of the Erythraean Sea).

My mission: To check whether anyone there was aware of the times that they were living through, the dawn of what historians later came to call the Industrial Revolution. My larger interest: To use lessons from that trip back in time to decode the equally interesting times that we are living in today, the gradual slide into the Information Age.

What triggered these thoughts in mind was a book that I recently stumbled on and read in one sitting, Emma Griffin’s Liberty’s Dawn, A People’s History of the Industrial Revolution. Unlike other historians who depend on accounts, written or oral, of famous people, Ms Griffin’s constructs her narrative “from a collection of personal stories freely narrated by the ordinary men and women which helps examine the lives of working people during a critical epoch in world history”.

What struck me was how different these accounts were compared to the sources that we have all been feeding on for so long.

The “industrial novels” of Charles Dickens, Hard Times, for example, depicts a workforce dehumanised and degraded by the advent of machines, and so does Benjamin Disraeli’s Sybil. So does even that monumental account by Friedrich Engels, The Condition of the Working Class in England (incidentally, it is worth recalling the irony of Engels having been sent to Manchester from his native Germany by his cotton manufacturing magnate father to learn the family business but ending up writing the Communist Manifesto with his partner Karl Marx).

And, of course, that symbol of a charkha, the hand spinning wheel that the Congress party and M K Gandhi used so potently to rally the Indian independence movement, implying that it was the British-imposed spinning and weaving machines that had made India sink into poverty.

Ms Griffin’s raconteurs, instead, depict an England in which working class people living through the years of the Industrial Revolution were in awe of “the great fortune of children born after the Factories Act of the 1830s and spared the misfortune of long hours at labour, allowed something that resembled a childhood”, or praising the advent of cheap postage and noting that “nearly all [such] conveniences of life were very limited sixty years ago.”

My trip back in time to Machilipatnam would also be in search of an explanation for why, India, the world’s leading producer of textiles at the time of the Industrial Revolution did not quickly adapt the innovations of that revolution: Machines like the spinning jenny and the power loom, the steam engine, mass production of goods and more generally the division of labour and organisational innovations like the factory system.

I guess I am not the only one worrying about such things. A serious thinker like India’s finance minister, Arun Jaitley, is reported to have said recently that, “India has missed the bus when it came to industrial and technology revolutions because of its conventional thinking,” and so has our minister for information technology, Ravi Shankar Prasad, who is quoted as having said that, “India is sitting at the cusp of a big revolution. We missed the industrial revolution… but the Digital India initiative is what we owe to the people of India.”

It is worth conjecturing whether there is anything that we as a nation are doing today that may make us miss the Information Revolution like we missed the Industrial Revolution.

One current day fad, the avid pursuit of large-scale domestic or international industrial factories that we hope will provide jobs to millions of young Indians, could be possibly be one.

There is mounting evidence that the Information Revolution may mean the end of large-scale vertically integrated businesses whose guiding principle, “economies of scale”, was the defining miracle of the Industrial Age. The economic principle that guides the Information Age, on the other hand, is “network effects”, which may mean the possibility of relatively small, decentralised but “networked” shops and factories (the one’s that our policymakers patronisingly call, “the unorganised sector”).

This may mean that in the coming decades these “unorganised sector” players may compete successfully and destroy such vertically integrated yester-era organisation forms like “organised retail” (department stores, shopping malls, etc), “financial institutions” (banks that try to do multiple things under the same roof like taking deposits, lending money and process payments).

Even auto manufacturers may find that their competitive advantage may not lie in mammoth vertically integrated factories that try and take advantage of “economies of scale”, but may need to compete on the information intelligence that makes their cars effortless and safe to drive (the so-called “driver-less car” movement).

It was first used by the historian Arnold Toynbee in a lecture in London in 1884, nearly a hundred years after its beginning and nearly 50  years after its full flowering.

Ajit Balakrishnan, founder and CEO of Rediff.com, is the author of The Wave Rider, A Chronicle of the Information Age. You can reach him at ajitb@rediffmail.com. How the Internet was born, 25 years ago 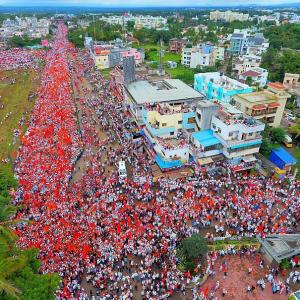