Heard the buzz about stingless bees?

Surinder Sud draws attention to the grossly underexplored but highly lucrative branch of beekeeping that India needs to wake up to. 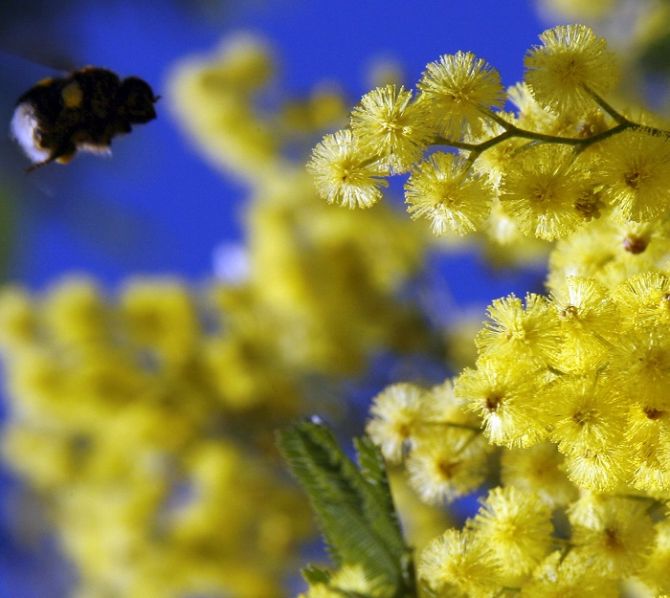 It has not received much attention though it has a unique niche in the beekeeping sector as a producer of elite quality honey with medicinal properties and for crop pollination (transferring pollens to stigmas to form seeds) in situations where the normal honeybees are not so effective.

Besides, these harmless bees can be kept as pets at homes, backyards or kitchen gardens in rural as well as urban areas if flowers are available in the vicinity of the premises.

Experts believe that stingless bee culture can be an important source of supplementary income for youth and housewives.

These small-sized bees normally produce far less honey than the regular honeybees, but their product fetches much higher price because of its antibiotic and other therapeutic traits. It is widely used in ayurveda and traditional health care systems for curing various maladies.

The profitability of meliponiculture can be enhanced further if it is sold in branded form in domestic and export markets, maintains noted honeybee expert R K Thakur who also heads the all-India coordinated research project (AICRP) on honeybees and pollinators.

There is a big market for such honey in Japan and some other countries.

As pollinators, stingless bees are deemed particularly suitable for a large number of cross-pollinated crops like oilseeds, vegetables, ornamental plants and others, especially those grown in poly-houses and glasshouses where regular honeybees are avoided for fear of stinging.

Pollination by stingless bees has been noticed to boost crop output by anywhere between 15 and 40 per cent.

Also, being small in size, they can access the pollens even in tiny flowers where conventional bees cannot reach. Despite being short-distance fliers, these bees can visit in a day around 1,500 crop plants and flowers, including ornamentals rose, marigold, ball lily, golden dew drops, dahlia, gladiolus and a host of others.

Fortunately, India has a rich diversity of indigenous stingless bees.

The most predominant species of local stingless bees is Trigona irridipennis, though several other species have also been spotted in various states. Some eight distinct stingless bee species have been documented in the northeastern region alone.

However, barring the states like Kerala, Nagaland, Assam and Odisha, not much effort has gone into gainful exploitation of their commercial and pollination potential.

Several countries, notably Brazil, Australia and Malaysia, have developed meliponiculture as a well-thriving industry. They have managed to generate highly advanced technology for boosting stingless bees' performance but are reluctant to share it with other nations.

India, therefore, has to evolve new and relatively more productive techniques for meliponiculture on its own.

This is now being attempted, and with good results, by bee scientists under the AICRP.

The Indian entomologists have already managed to evolve some useful domestication and management techniques for these bees.

They have found that their beehives can be conveniently maintained in earthen pots or wooden boxes though these bees typically construct their nests in hidden places, such as underground cavities, wall crevices, empty bins and other not easily accessible sites.

In such improvised nesting containers, a part of the beehive can easily be separated from the main hive to serve as a new daughter colony without damaging the original colony. The new beekeepers can source these colonies from Nagaland, Kerala, Karnataka and elsewhere where this form of beekeeping is already in vogue.

The researchers have also evolved artificial feeding mixtures for stingless bees to help them survive during the lean periods when flowers are not available.

Thus, while the scientists are engaged in developing improved technologies for meliponiculture, the task of promoting this form of beekeeping has to be shouldered by state agriculture departments.

The benefit-cost ratio of doing so is bound to be positive considering the stingless bees' potential to produce valuable honey and raise crop yields in fields, greenhouses and kitchen gardens. 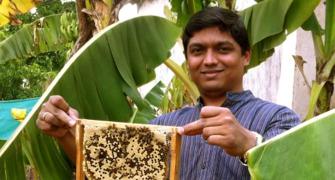 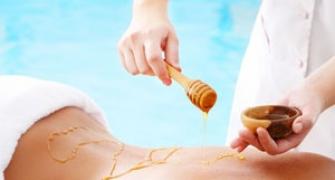 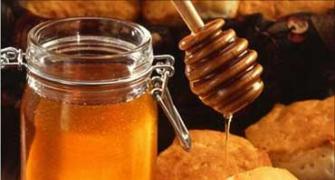 Beware! The honey sold in India is highly toxic 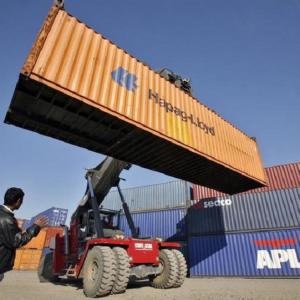 How can 'Bees' help India Inc? 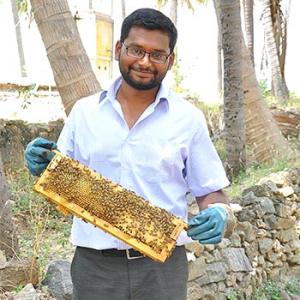