The global success of people of Indian origin gave hope and showed the way to a new India, said Jagdish Bhagwati at Pravasi Bharatiya Divas Conference in New Delhi.

A personal anecdote involving Prime Minister Manmohan Singh underlines dramatically why the diaspora has a critical role to play in India's present and future. 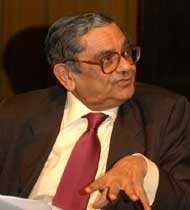 Recall that the Indian policy framework had degenerated into an unproductive, even counterproductive, set of policy choices that had produced the abysmal growth rate of approximately 3.5 per cent per annum over nearly a quarter of a century.

The slow growth of the Indian economy had also undermined the assault on poverty that had been our central objective since planning began in 1951. It is only common sense that a stagnant economy cannot pull people out from poverty through job creation, even though a growing economy may still not create enough jobs. So, when we failed to grow, we also failed to make a serious dent on poverty.

While the external payments crisis in 1991 was the occasion for changes that would systematically begin to discard the policy framework that had failed to increase growth and to diminish poverty, the fact that we did not lapse back into it after we had surmounted the immediate crisis underscores the fact that thoughtful Indians had finally understood that we just could not go on the way we had, that change was necessary.

Needless to say, the ceaseless writings of economists such as myself, going back to the 1960s, had made an impact. In the end, our arguments had prevailed against the fierce anti-reform orthodoxy among the economists, including our most eminent ones.

But Prime Minister Manmohan Singh told me that an important part had also been played by the diaspora. He told me that, when he was spearheading the reforms as the finance minister, Prime Minister Narasimha Rao had lent his full support largely because many members of his own family, who were abroad, had told him that India's policies made no sense and that they had diminished our standing in the world.

Coming from his own family's immediate experience abroad, the message carried great salience and cemented the resolve of the prime minister to pull India out of the rut into which it had fallen.

Indeed, the policy-making elites were finally shocked into the reforms by two factors that acted like a pincer movement against the status quo.

First, these elites increasingly experienced, at first hand when they went abroad, the disjunction between their sense of India's ancient culture and glory and their realisation that our foolish economic policies had led to a situation where few took us seriously. The worst kind of psychological situation is where you have a superiority complex and an inferior status!

Second, our diaspora ceaselessly brought home to these elites the fact that these policies had little rationale; they lived often in countries where our policies would have been laughed out of court.

I recall writing an op-ed in the New York Times when Prime Minister Rajiv Gandhi was coming to the United States and I had mentioned how he represented a force for change and how the licensing system had been softened to allow for product diversification.

The editor asked me what that meant; and I explained how the Indian licensing system had gone so far as to insist on specifying whether one produced knives or forks!  The editor was incredulous: how could anyone think that good planning meant that one could not diversify production without permission?

I, a member of the diaspora, did mention this at the time to several friends in the Indian government, to their chagrin. Indeed, over time, the flood of such stories coming from the diaspora helped lay the groundwork for the abolition of the senseless licensing restrictions on capacity creation, product diversification, on import competition, that became part of the liberal reforms.

In the case of Japan, its transformation through major initiatives throughout the Meiji era was accomplished rather by sending gifted Japanese abroad to bring back ideas that were adapted to Japan's culture and needs. In our case, the diaspora has served that function.

But the diaspora has also contributed to India's achievement of world-class status by its achievements in a variety of fields of science, arts and culture. Noting this growing trend in the United States, I once remarked that we were the next Jews of America: a high-achieving diaspora that would soon dominate the scene as the Jews, once discriminated against brutally, had managed to do. Today, that forecast has come true.

Not a day goes past when there is not a story in the major media of some notable scientific breakthrough where an Indian is a lead player. Our achievers have also made it in literature, music and films: Salman Rushdie, Zubin Mehta and Mira Nair are household names. In business, the Silicon Valley and Wall Street CEOs like Vikram Pandit are as often Indian as they are Chinese and native Americans. The media also now has stars like Fareed Zakaria and Tunku Varadarajan.

Just as the Chinese have changed their traditional  image as laundry operators in the US, and one thinks instead of major architects like IM Pei and stellar musicians like the cellist Yo-yo Ma, we are no longer represented by the eastern gurus like the free-love-celebrating Rajneesh - once, when I was in Pune where Rajneesh had an ashram, the hotel had a poster which said: Disco Dance Tonight: For Sanyasins Only - and the dimpled  Deepak Chopra who has splendid lines like: "You may think I am standing before you; but it is only a bunch of molecules" which make witless middle-aged Americans reach for their purses.

These were the dispensers of revenge on the West by the East as brilliantly portrayed in her penetrating essays in Karma Cola by Gita Mehta. No longer are they anything but boutique operators on the fringes, jostling for dollars with the Moonies. Today, therefore, in place of snake charmers, we charm the American public with our splendid achievements.

We have also demonstrated that, if only we are given the chance and the opportunity, we can work our way to the top: a possibility that the United States, a land made by immigrants which welcomes immigrants more than any other country, offers us in spades.

This too has reinforced the lesson that the diaspora has offered us directly through instruction: clearly, there was nothing special about India that doomed it to its low growth rate, not its size, not its culture, not its geography, not its history.

The problem lay in our choice of wrong policies; when the policies were good, Indians could perform at the most enviable levels, second to none. The diaspora's astonishing performance gave us, therefore, the shot in the arm, the confidence that had been lost by many as we sank into failure until our reforms began. 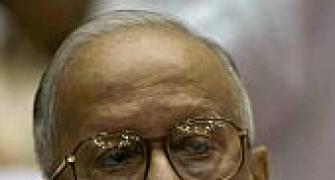