All mankind looks for good news on a daily basis. It is only a natural human desire. Corporate managements, government spokespersons, political loyalists, merchants and salespersons, all work overtime to create good news.

And governments, too, keep trying this with inane pronouncements all the time, says Raj Liberhan. India’s growth rate has moved to 7.4 per cent in the last quarter, signifying a huge improvement over the dismal performance of the directionless and wayward previous government. The media covered this good news and the government spokespersons paid rich paeans to the purposefulness of the ruling dispensation.

A couple of days later, there were muted references to the fact that this 7.4 pc was not the real rate and when adjusted for inflation, the truth was closer to 5.4 pc, signifying not quite a gigantic stride of momentum.

In reality, neither figure caused any earthshaking reverberations. Both were accepted with the customary scepticism of the voting Indian public who experience the hardships of an indifferent governance on a daily basis.

All mankind looks for good news on a daily basis. It is only a natural human desire. Corporate managements, government spokespersons, political loyalists, merchants and salespersons, all work overtime to create good news. Even the Ponzi schemers cannot succeed without fabricating good news. A small dose of good news keeps the bosses happy and blissful, it induces a sense of accomplishment and helps to feed the gullible with their sense of feel good.

Governments keep trying this with inane pronouncements all the time. Some time back, there was a slew of so-called major reforms. Amidst more than usual fanfare, a set of economic measures were installed to open up our land as a cordial welcome for foreign investments. The FDI norms were eased in 15 major sectors, including defence and real estate. Some were raised from 26 pc to 49 pc while in some others 100 pc FDI was permitted subject to clearances by the government.

These announcements came in the wake of the not so encouraging Bihar assembly election results for the Centre’s ruling group. The added accompanying message was that these were only the beginning and more would follow as the government was committed to bringing dynamism into our economy. Presumably, these are still in the works and the good news of tomorrow will tell us more.

In any case, to keep the good spirits aloft, there are periodic references in the media, that ‘green shoots’ have noticeably emerged on the economic landscape. The ‘green shoots’ is an euphemism for promising signs of economic prosperity, an obvious signal that the good times are around the corner.

Obviously, the citizens keep missing all these strides in prosperity, because they do not see or feel the difference in their bones. The people were told that there will be a house for everyone by 2022, 24-hour power, clean drinking water and modern sanitation, one job per family, medical and skilling facilities close by and plus some more. Now, that is good news really, if it were to happen.

But is it about to happen? It is anybody’s guess, is the most optimistic answer.

Is it any surprise, then, that the common man is not excited by the government’s performance? Is it because of the aspirational middle class, always wanting more and more, or is it the poor who has no shelter, no regular income and no access to healthcare, seeking just the basics of survival but does not see any signs of it happening in his lifetime? Full page advertisements, skillful spins by the hired professional loyalists or presumed people friendly policies in perpetual formulation by a lazy bureaucracy, do not fool the people.

The citizen’s view, if respected, and his need, if appreciated, can help to solve the puzzle easily. Why do government’s achievement lists leave them cold? They are, for sure, hopeful at the prospect of electing a decent government which at the very least thinks of them as human beings first and foremost, deserving consideration of their rights to good schools, functional hospitals, clean roads and city streets, pollution free environment and the law enforcer standing up for the rule of law.

The citizens certainly do not wish to see the entire assets of the state being placed at the disposal of those in ‘power’ and their hangers-on. The populace would, without hesitation, elect and re-elect such a government. The travesty of being freed from colonial rule has been: we have never got such a government even once! We need to know, why?

Actually, governments, by inclination, appear to believe that they can fool all the people all the time. Notwithstanding the fact that governments often change through elections, this confidence of being able to fool the people survives the transition of power. The new set-up takes over the reins of business and begins, in earnest, its own brand of fooling the governed trying to build an illusion of beneficial change.

Political parties ironically seek our vote promising change but do everything to keep the status quo intact. They work hard at it and go to great lengths to justify that business as usual is good for our land conveniently forgetting their pronouncements when they are aspirants for power. Lamentably for them, every voice stays in the ether and can be recalled. And then their loyal adherents bemoan the lack of credibility of their march into greatness amongst the countrymen. Might not appeal to logic, but never mind.

History bears witness to this erosion of the standing of the governments from Rajiv Gandhi onwards whose overwhelming majority in the Parliament could do nothing to the increasing perception about his integrity being short of absolute. The following Janata combine could barely gather any credentials and did not take long to evaporate. The last UPA regime could not shake off the various scam taints, no matter how vigorously its spokespersons relied on the personal integrity of the head of the government.

Meaningless good news messages do nothing to enhance the perception of the governed if they do not sense the difference in their lives. Not necessarily a huge difference but a sense of security and a freedom to pursue their happiness would be enough.

There is an old saying that you cannot build castles in the air, nor for that matter, even in the sand. This is still true as much for individuals as for governments. The desire to broadcast the good news everyday and hide the bad news cannot be the basis for generating favourable perceptions. The feel-good factor is an instinctive sentiment. It pervades the body politic on the strength of economic vibrancy accompanied by a benign governance that primarily enforces equality before law.

The full-page advertisements containing lengthy lists of achievements customarily put out in unimaginative prose do nothing to inflate any common chests with joy and pride. Perhaps a humble statement of what it could do and what it failed to do would enhance the prestige of the government.

In fact, it is of advantage to cultivate humility while being in power. And why not, it is not an admission of timidity. No government can achieve everything it promises, many times without sufficient thinking. We can understand that unadulterated good news India is not in the realm of reality. A little trust in the voter’s ability and intelligence could bring more understanding than the constant fiction being put out that government’s endeavours are superlative and hence the outcomes must necessarily be so.

Raj Liberhan was till recently director of the India Habitat Centre, and is an expert on economic and urban development issues. 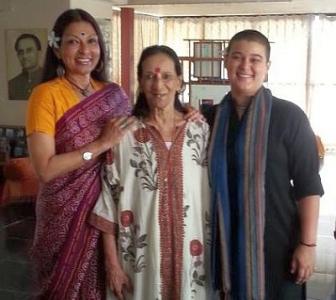 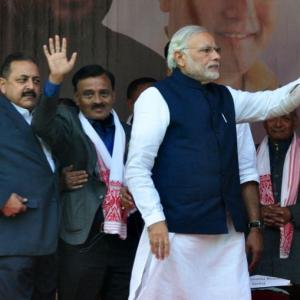 In poll-bound Assam, Modi attacks Congress over lack of development 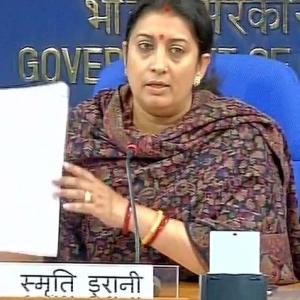