'If the 7 million estimate is true, then either our understanding of the past was all wrong or the economy has changed dramatically but so surreptitiously that we did not even notice it,' says Mahesh Vyas.

So what was that payrolls database episode all about?

Will we get a payrolls database rolling sometime soon or was all that ballyhoo only for entertainment -- some kind of background score of a comedy?

Or was it purported to be a surgical strike against the growing narrative of no jobs?

Sure, payrolls are a great source and granted that big data is a big deal but when will we see the real stuff?

I'd believe that the prime minister, the finance minister and the NITI Aayog are all satisfied with the work of the famous Ghosh duo.

If the work of academics done under the supervision or at the behest of the government's premier think-tank is accepted by the very top echelons of government then it is logical to expect that estimates based on this seminal work be published pronto.

Simultaneously, accepted norms of intellectual integrity of public institutions require that the Ghosh duo may now publish a proper paper like academics are expected to do.

It is now apparent that this was not an academic pursuit, but it is work commissioned by the NITI Aayog. If this is indeed the case, then the NITI Aayog needs to produce an official document on the methodology and the way forward.

Let's move on to producing regular estimates based on well-documented methodologies. That would be progress.

Here is an example of what the US produces from its household survey and its establishment survey data (the latter is, in fact, the payrolls database) (external link).

The US does not rubbish a household survey as proponents of a payrolls database in India seem to do. There is need for both. And, the Indian government is sensibly conducting its household survey on employment/unemployment.

In India, a household survey is a lot more important and a lot more relevant than a payrolls database because it includes the employment and unemployment conditions in both, the organised and the unorganised sectors.

Nevertheless, a payrolls database is an invaluable source to understand the jobs situation in India.

We must distinguish between the need for the regular release of a payrolls database-anchored set of estimates and, the estimate put out by the Ghosh duo.

Estimates based on a payrolls database are not only welcome they are a necessity for a rapidly growing economy and particularly if an economy is rapidly coming under the cover of the organised sector as suggested by the latest Economic Survey.

However, the estimate of 7 million new jobs being created in fiscal 2017-2018, as suggested by the Ghosh duo, seems over the top. Here are three reasons why:

Ajit Ghose demonstrates in his elegant piece on February 12 that the projected benchmark of the jobs added in the formal sector should be of the order of 0.75 million in 2017-2018.

The 7 million estimate is simply way off the mark.

If the 7 million estimate is true, then either our understanding of the past was all wrong or the economy has changed dramatically but so surreptitiously that we did not even notice it.

The Sixth Round of the Quarterly Report on Employment Scenario in Selected Sectors published February 16, 2018 shows that 64,000 jobs were added during the first quarter of 2017-2018.

If this is true, then again something dramatic must be happening unknowingly in the remaining three quarters for the employment numbers in the organised sector to jump up by 7 million in the year.

According to the Consumer Pyramids Household Survey, the average monthly employment was 406.7 million during 2016-2017.

February and March are part of the slack season and it is likely that the employment numbers won't rise during this period.

So, there is no indication of any increase in employment in the country as a whole in 2017-2018.

If the 7 million estimate of payroll jobs is true, then some dramatic shifts from unorganised sectors to the organised is happening sneakily.

And then, we wouldn't know how to accommodate the several million jobs supposedly added through the Mudra scheme which are in the unorganised sector.

Evidently, logic and available data suggest that employment is not rising or, not rising adequately.

So then, what about the payrolls database?

Let's wait for the details and the real action to roll out.

Till then, we will wonder -- was it an event? A surgical strike? Or, a bird, a plane or a Superman doing good?

Mahesh Vyas is the managing director and CEO, Centre for Monitoring Indian Economy. 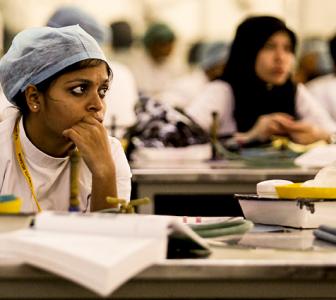 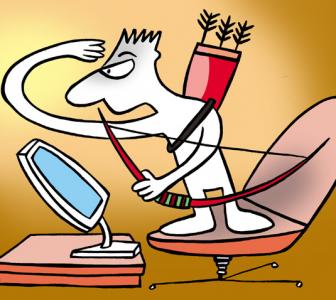