Even when large businesses said they were flying blind in mid-2020, the markets rallied and an incredible business boom followed.
This is not to say that the markets will continue to rally and there is nothing to worry about, observes Debashis Basu. 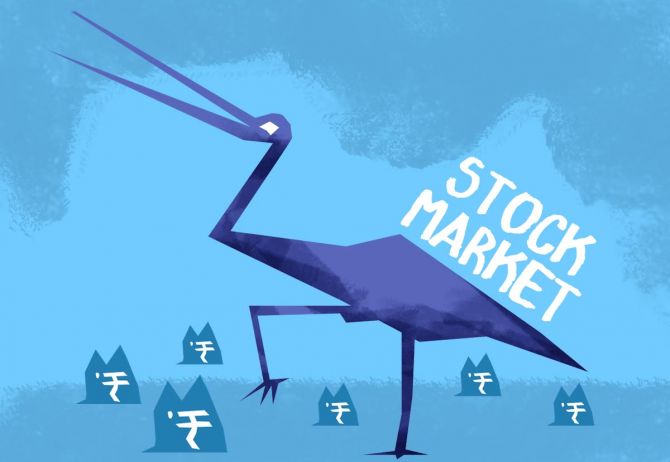 One of the most baffling paradoxes currently confronting us is the inexorable rise of the stock markets through the second half of FY21.

Why are the markets so resilient in the face of a raging second wave of Covid, which started in mid-March? After all, India is undergoing 'its most horrific calamity since its violent Partition and Independence nearly 75 years ago', as perceptive commentator Andy Mukherjee wrote recently for Bloomberg.

'But in all this, the benchmark Nifty50 Index is down ever so slightly, clocking a less than 5 per cent decline since mid-February. At 32 times earnings, almost double the valuations in China, the Indian market is super-expensive.'

According to Mukherjee and others, this makes little sense.

The stock market is a market of stocks. This may seem axiomatic but we often lose sight of this simple fact.

Stock market indices will reflect the performance of companies making up the indices.

The performance here includes the current performance and the perception about their future.

For the indices to fall significantly, investors must believe that the majority of stocks in the indices will do far worse in future.

After all, they put real money behind their investment, while opinions of experts have no real consequences if they are wrong.

So, if the markets do not decline in the face of a gut-wrenching pandemic, it would be prudent to search for reasons rather than dismiss it as completely irrational.

There are two very strong reasons for the markets to have rallied last year and continue to remain firm today in the face of an unprecedented health care crisis and complete absence of governance in many parts of the country such as Uttar Pradesh, Delhi, Karnataka, and West Bengal.

One reason is corporate earnings and second lack of alternative investment options.

One of the most important trends that investors track is the quarterly earnings reports of listed companies.

This is the starting point of forming an opinion on whether a particular company is on a growth path or not.

Many companies hold conference calls after declaring the quarterly results where analysts and investors ask questions to get additional clues about business trends.

Here is what Aavas Financiers recently said about its business.

Assets under management were up 21 per cent. Does this look like a slowdown, recession, or devastating impact?

Remember this is for the exact 12 months when India was hit by Covid. The management is looking forward to a 20-25 per cent growth rate over the next three to five years.

Against this information, to conclude that investors in Aavas are irrational, one will have to assume the management is lying or foolish and that we have better knowledge. (Disclosure: Aavas is a holding in one of our PMS schemes.)

This is the story across hundreds of companies.

Stefan Borgas, president and chief executive officer, RHI Magnesita, a global company, which has an Indian presence in Orient Refractories, said in its conference call: 'India was one of the star recovery markets in the fourth quarter of this year.'

While he thinks the next two quarters would be weak, Borgas expects the 'volumes to come back very, very fast'.

What is amazing and remains largely unexplained is huge demand growth and superlative corporate performances across almost every sector -- building materials, steel, textiles, plastics, and, of course, pharmaceuticals, software, and chemicals.

At least now, after the results, we have plausible explanations for the rally.

We had none when the stock markets began its rally in May 2020 against the backdrop of rising Covid deaths, high unemployment, business shutdowns, the migrant labour crisis, worries about the uncontrolled rise in bad debts, etc.

We tend to assume that there is a cause and effect between what we see around us and the markets.

It is a common behavioural trait of humans to extrapolate from the particular to the general, from horrific deaths to economic slowdown to market decline.

The fact is, even when large businesses said they were flying blind in mid-2020, the markets rallied and an incredible business boom followed.

This is not to say that the markets will continue to rally and there is nothing to worry about.

If the earnings slow, interest rates rise or there is an external shock, the market will fall sharply.

All I am saying is that we did not know that the markets would rally in the face of a synchronised global economic, social and health crisis in 2020.

We did not know that corporate profits would be eye-popping.

And we do not know any better now, about what the future holds.

Ajit, tell me how can I get RICH? 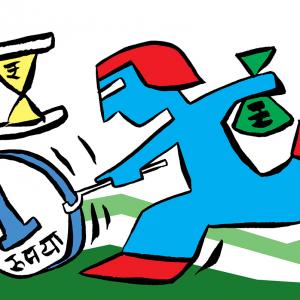