The power to cause societal pain, at least to some segments of society, is intrinsic to the nature of technological innovation, says Ajit Balakrishnan. 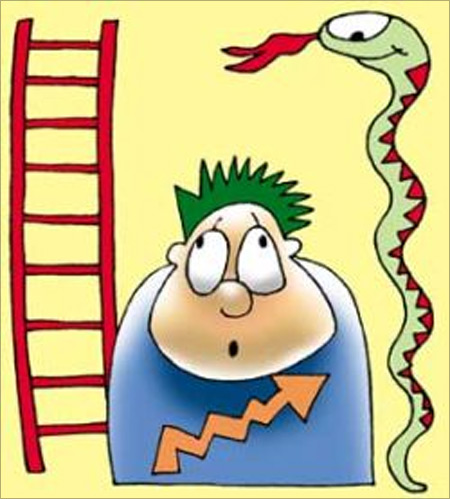 Whenever the talk about innovation bubbles up into a fever, as it is currently doing in India, I abandon my normal route to work from Colaba to Mahim through pretty Marine Drive and take the inner route, through Chinchpokli and Jacob's Circle.

I do this to catch a glimpse of what is now called Kasturba Hospital and bring myself back to the ground.

The Kasturba Hospital was built in 1892 as The City Fever Hospital.

In the late 19th Century, the city, then called Bombay, was struck by a series of epidemics: malaria, cholera, Spanish influenza, and, most of all, the bubonic plague.

Why Bombay? It was then, like today, India's most internationally connected city and ships carrying infected people from Hong Kong brought these diseases, and spread from Bombay city to the rest of western and northern India.

In Bombay city alone nearly 200,000 people died in that last decade of the 19th century.

The innovation called "vaccines" was still a decade away, so the British colonial government of that time started enforcing the only measure governments of that time knew against such epidemics -- isolating the infected people in hospitals such as The City Fever Hospital to limit the spread of these diseases.

Widespread protests erupted against this enforced segregation. In Poona, the British official in charge of enforcing this segregation, W C Rand, was assassinated to the applause of many nationalists.

What was an innovative measure to combat a deadly epidemic, in fact the only known measure at that time, was interpreted as yet another act against Indians by the colonial government.

The protests around this were a clear accelerator to the Indian Independence movement.

Everyone loves innovation, but, what is often not recognised is that innovations, particularly the really big ones, cause societal crises which can then be harnessed by astute politicians for their causes.

In a similar vein, in the early years of the 20th century, the synthesis of indigo from synthetic sources through innovations in chemistry caused hardships to the indigo growers of Champaran in Bihar -- whose protests Gandhiji went on to lead, gaining him prominence in India's nascent Independence movement.

The Congress party's flag, which was used to rally all Indians to the Independence movement to drive out the British colonial government, had for many decades a charkha, the hand spinning wheel, a symbol of indigenous technology that was made obsolete by the arrival of the Spinning Jenny and the use of machines that could multiply productivity manifold.

The power to cause societal pain, at least to some segments of society, is intrinsic to the nature of technological innovation.

For that reason, more often than not, it creates forces that push back and create not only new leaders, be it Tilak in Poona or Gandhi in Champaran, but also protests from novelists and poets.

The late 18th century innovations in yarn spinning and textile weaving that we now know of as the First Industrial Revolution, created immense changes in English society -- and the work of poets like William Wordsworth and novelists like Charles Dickens in novels such as Hard Times is the response of many at that time who yearned for an idealised, simpler past.

What is intrinsic to technological innovation that causes pain to some segments of society? This arises from the "disruptive" nature of genuine innovation.

Clayton Christensen of the Harvard Business School was the first to point out how this disruptive innovation process works.

When they first appear, disruptive innovations may be considered inferior by most; typically, the best customers are not willing to switch to the new offering even when its prices are substantially lower.

But there are other customers who value the low price and often lower features.

Thus, the arrival of machine-spun yarn at much lower prices was ignored by the spinners in 19th century India.

The arrival of relatively crude textiles which could not even remotely match the exquisite handloom sarees was ignored by handloom weavers.

The arrival of chemistry as science brought indigo from coal tar and much lower prices and was ignored by people who were thriving on growing the indigo plant.

When the lower price version spreads it does two things -- on the one hand it makes it affordable to vast new sections of the population; on the other hand, it impoverishes the incumbents who continue their high-price, high-quality product till it's too late.

What are the promises and threats of the current technologies of the internet and web that we see swirling all around us?

Many observers view this wrongly as "e-commerce", a way of locating, selecting, buying and getting delivery of heavily discounted products.

It is much more than that. It is essentially the promise of making all kinds of professional services ultra-cheap and of even higher quality than today.

These technologies will make, for instance, financial, legal, medical and educational services of very high quality available at a fraction of their current prices.

This is bound to make the lives of the average citizen much easier -- but it will also mean a drastic reduction in the numbers and incomes of bankers, lawyers, doctors and teachers.

This is not going to happen without massive societal pushback.

When I passed by Kasturba hospital, today, I paused and tried to imagine what it would take to hasten this era of affordable financial services, justice, medicine and education without succumbing to societal pushback.