News
Business
Movies
Sports
Cricket
Get Ahead
Money Tips
Shopping
Sign in  |  Create a Rediffmail account
Rediff.com  » Business » Modi must change rules of the game for 'Make in India'

Along with the US and China, India could be a big enough force in global manufacturing to shift the relative price of manufactures against itself, notes Suman Berry. 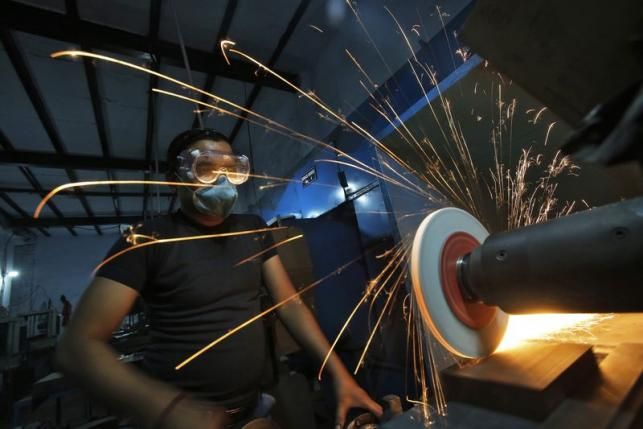 In a column earlier this year, I explored the promise and the potential pitfalls of the government's 'Make in India' programme.

While the government's ambitions are focused on improving the share of manufacturing in Gross Domestic Product (GDP) through improvements on the supply side, I noted that there was also a need for clear thinking on the demand, both domestic and foreign, for India's manufactured production.

I would like to return to both these themes, stimulated by work on the US economy that has recently come to my attention.

I do so recognising that there are important differences between the circumstances of a large rich economy such as the United States and a much poorer India.

But there are also some intrinsic characteristics of manufactured goods that the Indian debate needs to take more into account than has been the case.

While the US debate on manufacturing is about many things, including stagnant wages, income inequality, offshoring, the impact of trade and of trade pacts, there are two characteristics of interest for India.

The first is the ability of manufacturing to sustain increases in productivity over the very long run.

The second is that demand for manufactured goods by final consumers is relatively price inelastic.

In the US these two features have interacted to reduce both the relative price of manufactured goods (when compared with services) and the share of final consumption expenditure allocated to manufactures.

The outcome is that US manufacturing is following the path previously trodden by agriculture: a highly productive sector limited by the demand for its output, and employing a diminishing fraction of the labour force.

Before turning to the implications of these trends for Indian policy, I would like to highlight some of the remarkable stylised facts embedded in the Lawrence-Edwards paper.

As always, the value of US illustrations is the depth and quality of the data over the long sweep, and the fact that the US is a relatively undistorted market economy allowing underlying trends to express themselves clearly.

Measured in constant 2005 dollars, the share of manufacturing in US output (i.e. value added) in 2005 was the same as in 1947, at around 17.5 per cent of GDP. While 'industry' is a broader concept than manufacturing, US 'deindustrialisation' is an artefact of relative price trends and not of physical output, even acknowledging the massive changes in the types of manufactured goods produced by the US economy over these sixty years.

Lawrence and Edwards note, "most remarkable is the persistence and stability of this declining relationship, irrespective of the changing developments in international trade flows, the size of the trade deficit and other factors…a forecaster in 1980, knowing that in 2010 total nonfarm employment would be 129 million would have predicted manufacturing employment in 2010 to be within 25,000 of its level of 11.534 million".

If demand is fixed, then improvement in labour productivity clearly results in declining manufacturing employment.

The one surprise is that this striking productivity performance has been accompanied by stagnant real wages in some parts of manufacturing.

The reasons for this remains highly debated.

One interpretation put forward by Robert Lawrence one of the authors cited above, is that this reflects what he calls 'labour-augmenting' technical change.

In effect, innovation has added to the effective supply of labour.

What do these US results imply for India's aspirations in manufacturing, and indeed for the future of manufacturing globally?

The US experience reinforces findings by other scholars, such as Dani Rodrik, that national employment in manufacturing is peaking at lower levels of income than in the past.

Equally, the hangover of overcapacity in Chinese manufacturing is an object lesson in the consequences of a stress on supply without concern for demand.

Among the various policy tools available to stimulate competitiveness, trade policy remains crucial and pleas for protection in the interest of developing national champions should be stoutly resisted.

Real exchange rates matter, but the key tool here should be rebalancing the macro policy mix, tightening fiscal policy to allow monetary policy to ease. Fortunately the government and the Reserve Bank seem in agreement on this script.

There are two additional points that I would make. The first is that, along with the US and China, India could be a big enough force in global manufacturing to shift the relative price of manufactures against itself.

This is an additional reason to be judicious in the attention given to manufacturing. Second, the global future belongs to services. India is fortunate in having a vibrant and increasingly internationally competitive services sector.

Policy toward services is at least as important as policy toward manufacturing. In this regard, domestic deregulation should be supported by participation in the WTO services talks. 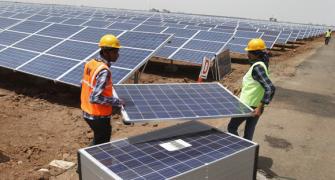 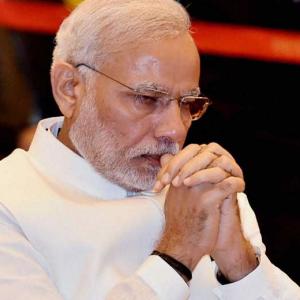