India is probably the only country where jewellers to manufacturing companies to builders can pick up money from the public without coming under any regulation, notes Debashis Basu. 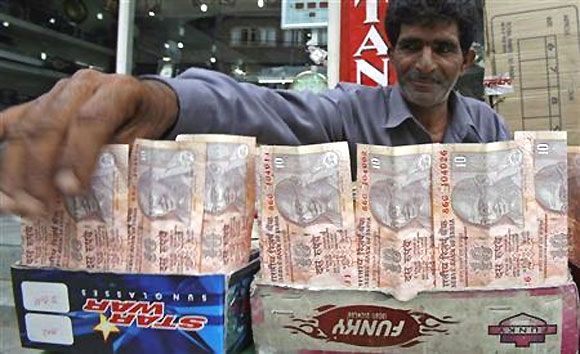 Image: Chain-money schemes are being regulated by Sebi when it is a deposit-taking activity and should be regulated by the RBI, note experts. Photograph: Fayaz Kabli/Reuters

According to a newspaper report, Prime Minister Narendra Modi is seeking to revamp financial sector regulations.

For this, he wants a report on the implementation of recommendations of the Financial Sector Legislative Reforms Commission (FSLRC).

The FSLRC is another United Progressive Alliance initiative that Mr Modi is keen to adopt and implement.

And as with all his other initiatives, Mr Modi is not interested in putting out a white paper on the current status so that the nation knows where we are and where we are headed under the new thinking emanating from him.

Apparently, the Prime Minister's Office has sought a status report from the finance ministry on the progress of the FSLRC recommendations after President Pranab Mukherjee brought the tardy implementation to Mr Modi's attention in early October.

It so happened that at the same time, a bureaucratic reshuffle pushed out Arvind Mayaram as the finance secretary, followed by G S Sandhu as the financial services secretary who was zealously implementing the prime minister's Jan Dhan Yojana.

In place of Mr Mayaram came the dynamic Rajiv Mehrishi from Rajasthan, while Hasmukh Adhia from Gujarat, Mr Modi's man, has replaced Mr Sandhu as the new financial services secretary. Clearly, the financial sector is an important area for the prime minister.

He is preparing the ground for important decisions.

However, the government has not yet signalled that it is keen to implement the two main FSLRC recommendations - a Unified Financial Regulatory Agency (UFRA) and a central platform to hear all grievances of financial consumers called Financial Redressal Agency (FRA).

These two would have been the most ambitious steps so far.

It would have amounted to a big-bang reform of the sort that many expected the prime minister to implement but which he has steadfastly refused to, preferring incremental changes. The FSLRC, as we know, has proposed massive fundamental changes in financial regulations.

One was demolishing sectoral regulators for insurance, capital markets and pension, and putting them under the UFRA.

It must be remembered that the FSLRC recommendations were so contentious that that there were major differences among the members on important issues.

One of the commission members, Kishori J Udeshi, a former deputy governor of the Reserve Bank of India (RBI), objected to the proposed overbearing role of government regarding capital flows: "When the rule-making vests with the government, the RBI may be consulted, but if there is a disagreement, the RBI would willy-nilly have to deal with a fait accompli and be accountable for the actions it would be required to take in the light of the government's decisions." P J Nayak, former chairman and managing director of Axis Bank, had a different problem: "One must view with apprehension the very substantial statutory powers recommended to be moved from the regulators (primarily the RBI) to the finance ministry and to a statutory Financial Stability and Development Council (FSDC), the latter being chaired by the finance minister.

"Many activities carried out by accountants, lawyers, actuaries, academics and other professionals as part of their normal profession could attract the registration requirement because these activities could be construed as provision of a financial service.

Similarly, investors who rebalance their own portfolios regularly and day traders who routinely place limit orders on a stock exchange could also be deemed to require authorisation. Image:  There must be a law to protect small investors. Photograph: Reuters

An expansive reading of Section 2(75) (k) could require even a messenger boy who delivers a mutual fund application form to obtain authorisation.

All this creates scope for needless harassment of innocent people without providing any worthwhile benefits." Y H Malegam, professional accountant and the longest-serving director of the RBI, believed that non-banking finance companies and housing finance companies must continue to be regulated and supervised by the RBI.

In essence, of the six members other than the chairman, four of them had important points of disagreement that could not be ironed out before the report was signed.

Is this why the Modi government is moving to implement the less controversial regulations such as setting up the Financial Sector Appellate Tribunal (FSAT), the Resolution Corporation, the Public Debt Management Agency (PDMA) and the Financial Data Management Centre (FDMC)? 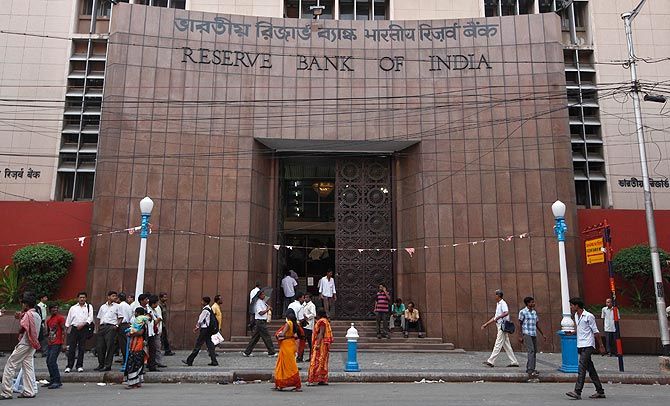 If the Modi government really wants to make an impact, however, it should think of fast-tracking the Financial Redress Agency, putting some genuine pro-consumer people to run it, who will make it a mission to treat the duped and harassed financial consumer fairly.

As this column has explained many times in the past, while the business of financial services essentially runs on the deposits we put in the bank, the insurance premium we pay or mutual funds we buy, the financial consumers have absolutely no voice anywhere.

The three main regulators have different approaches to grievance redressal and different standards to stop harmful from coming pitched at the consumer.

None of them is proactive. Unit-linked insurance products were straightened out only in 2010, after being allowed to run amuck for five years when millions of people lost money.

The RBI still does not care to rein in banks selling third-party products without any obligation to their customers.

Chain-money schemes are being regulated by the Securities and Exchange Board of India (and it is making a hash of it) when it is a deposit-taking activity and should be regulated by the RBI.

Finally, India is probably the only country where jewellers to manufacturing companies to builders can pick up money from the public without coming under any regulation.

Financial consumers are in a mess.

It is time for a Swachh Financial Sector Abhiyan.

(Debashish Basu is the editor of moneylife.in) 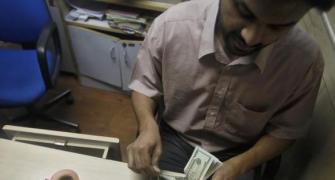 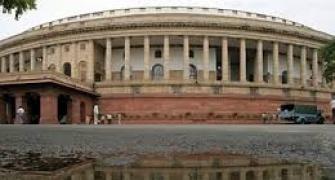 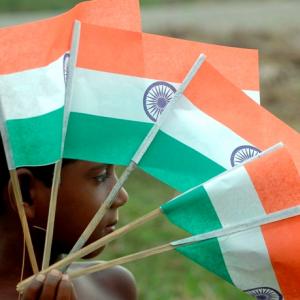 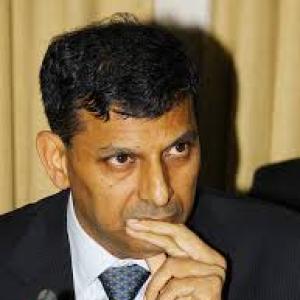