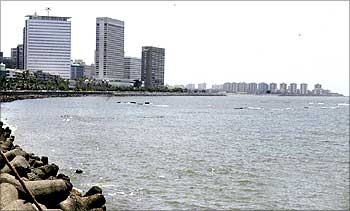 Travelling through cities like Mumbai and Delhi one often sees signs stating 'My Mumbai Keep It Clean' or 'My Delhi Keep It Green'. In Chennai and Kolkata the language changes, but the tone is consistent.

The question posed here is not with regard to 'green and clean', but the word 'my', which is descriptive of a collective notion of identity with a place -- a sense of belonging that goes beyond economic sustainability.

As seen in comparable cities of the 'developed' world, it is not the width of the streets, bus routes, sewage pipes, drains and electrical grid that qualify a city, but the quality of its social spaces that become grounds of cultural exchange and collaboration. They form the image of a city, both physical and psychological.

Whether it's Central Park in New York, the Ramblas in Barcelona, the signage and streets in dense Tokyo, or the plaza that fronts the Petronas Towers in Kuala Lumpur, they are symbolic of pride and identity of their local populace.

While most historical Indian cities were built and planned for socio-economic growth and interaction, the post colonial city in India has seen a paradigm shift, with industry and economics taking precedence over human and social order.

Pre-independence saw areas such as the chowks in old Delhi, Ramlila grounds at Red Fort, and Marine Drive in Mumbai become pivotal to the feeling of being a 'Dilliwallah' or a 'Mumbaikar'.

Contemporary urban India has been unable to recreate its traditional public networks, opting for insular malls and streets that string together a standardised monotony under the guise of modernity. Ironically, it is the crowded, bustling historic centres -- some protected through commercial activity, others derelict and stagnating tourist havens -- that give the urban centres character and meaning.

Here lies the opportunity to renew our equation with 'our' cities, not just through superficial name changes and regional politics but through the creation of landmarks based on interaction and active exchanges.

Take the Bund in Shanghai. Besides being a promenade by the river, it has activated the edge of the city and provided it with an imagery that is both unique and evocative, thereby promoting Shanghai as an economic urban centre comparable to the best in the world.

Why cannot the Yamuna, now a proxy sewer in Delhi, be reclaimed by such an urban phenomenon? And why are existing gathering grounds such as Marine Drive devoid of the aspirations that colour the spectrum of its citizens? The only qualifier of the latter is that it has the longest concrete bench ever built, one that traverses its entire length!

The open space networks of our cities need to be revived. They could play a cohesive role in transcending the politics of economics and technology to promote a sense of a collective at all levels -- the city, the quadrant and the community.

Open spaces, such as parks, chowks, roundabouts, plazas, sidewalks, lighting and even 'nallahs' may be designed to rejuvenate dying relationships through better planning and details, to sensitise people to the various communities that inhabit them.

Further, the heavy influx of migrant populations makes these mega-metros the ground of high economic growth, and yet, one in which the human equation is fast eroding, leaving it socially and culturally impoverished.

The cosmopolitan nature of our cities compounds the issue of urban identity with rates of rural urban migration that are not rivalled by any other country in the world.

It may not be possible for the Indian city and its architecture today to reflect the multifaceted nature of its citizens but perhaps with the use or even reuse of a sensitively planned public domain, people can acquire the character of their cities -- recalibrating themselves to regain a lost civic pride that changes the word 'my' from its singular format to a collective identity.

The author is a New Delhi-based architect. 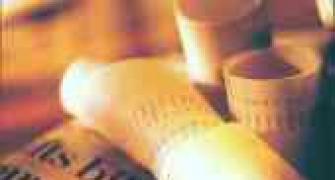