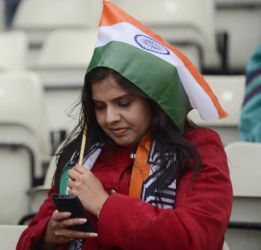 Wednesday was eventful by any standard. In the morning, a newspaper advertisement invited bids for e-auction of coal mines.

The Supreme Court had cancelled the allotments of almost all mines done between 1991 and 2006 after allegations of impropriety had surfaced. This had put a question mark on a large number of power projects.

The banks faced the risk of being straddled with bad assets. The advertisement marked the beginning of the process of re-allocation of those mines. The stuck projects have another chance to get going. Banks can breathe easy.

Later in the day, the Department of Telecommunications, or DoT, let it out that the armed forces had agreed to vacate spectrum in the 2,100 MHz band.

A day earlier, it had announced that only 5 MHz of spectrum would be auctioned in the band in February, evoking strong protests that this was too little and sure to trigger a bidding war that would bleed the whole industry.

The armed forces’ offer to release another 15 MHz, which will be auctioned in a year’s time, calmed the nerves of the telecom industry, though it was clear the auction was not well thought-through and was only meant to fill the government’s empty coffers.

At night came the news that the employees of Coal India, the state-owned miner, had called off a strike that had threatened to plunge large parts of the country into darkness in a matter of days.

Eight months after it came to power, the Narendra Modi government seems to have its economic agenda ready.

While the divisive campaigns of Love Jihad and Ghar Wapsi have hogged the limelight, the economic juggernaut seems to be cranking up, especially in the last 15 days or so.

A month ago, businessmen could be heard grumbling that the government had failed to deliver its promise of an economic overhaul.

An opinion poll carried out by Business Standard in November found CEOs less enamoured of Modi than when he had taken over.

That gloom seems to be lifting. Ajay Shriram, chairman & senior managing director of DCM Shriram, which has interests in cement, chemicals, fertilisers and sugar, says his company is in investment mode for the first time since 2007-08 and has decided to expand its chemicals factory at Bharuch in Gujarat at a cost of Rs 700 crore. “From a positioning point of view, the government has done the right things,” adds RPG Enterprises Chairman Harsh Goenka.

In September, Modi had said that he wants India to be amongst the top 50 countries when it comes to the ease of doing business. (A month later, the World Bank, in its annual Doing Business report, gave India its worst ranking ever: 142 out of 189 countries.)

The biggest initiatives here are the easier land acquisition rules for public-private partnerships, industrial corridors and social infrastructure, and the move towards a uniform goods & services tax.

Once the new tax is in place, it will take a consignment not more than three days to travel from Mumbai to Delhi, down from a week now. Companies won’t need to maintain warehouses in each state, and paperwork will reduce to a fraction.

In the states too, there is an attempt to cut red tape. Maharashtra Chief Minister Devendra Fadnavis has said that the permissions required in the state to set up a factory have been halved from 79. Led by Rajasthan, a few states have eased restrictive labour laws.

While it is too early to say if the situation on the ground has improved, some insist serious change is in the air.

Vedanta Resources Chairman Anil Agarwal had recently told Business Standard that easier processes, like self-certification, are sure to boost India’s prospects as an investment destination.

Shriram, who is also president of the Confederation of Indian Industry, recounts that in a meeting with Nripendra Misra, principal secretary to the prime minister, he told the bureaucrat how he was required to take the permission of villagers to expand his Bharuch unit even when it was located inside an exclusive economic zone.

“To my pleasant surprise, I found this clause removed in the new land acquisition rules,” he says.

The second thrust of the Modi government is on attracting investments, especially from overseas. Japan, China and the United States have together made investment commitments of over $100 billion.

How much of this money will actually come in is hard to tell. But there is a buzz. “New opportunities in logistics have emerged due to projects like Make in India, smart cities and solar parks,” says Raaja Kanwar, vice-chairman & managing director of Apollo International, a logistics provider.

“We have received expressions of interest from large multinationals to partner in these fields.” Most foreigners, however, are still wary of the retrospective taxation laws.

This will be the acid test for Finance Minister Arun Jaitley when he presents the Budget for 2015-16 in late-February. For Indians, the catalyst could be a deep cut in interest rates by the Reserve Bank of India.

The third leg is reform in the government’s P&L. On the expenditure side, the thrust is on subsidies. Riding on the dramatic fall in crude oil prices, diesel prices have been fully decontrolled. Direct benefit transfers in cooking gas have been rolled out on a large scale.

Once expanded to kerosene, fertilisers and food, this could help check the massive leakages.

The two tools for direct benefit transfers are the Aadhar identification number, which has so far covered 58 per cent of the population, and the Jan Dhan Yojana under which bank accounts have been opened for 98 per cent of the targeted population.

On the revenue side, the focus is on disinvestment. The problem has been the lead time from the announcement to the share sale: bears used the three or four months to hammer the stock and book profits.

As a result, collections always fell short of the target. This was made up by either extorting usurious dividend from public sector undertakings or cutting expenditure.

Under the new plan in the works, the government will shorten the go-to-market time to just a month, which, it hopes, will put the bears out of action.

Instead of seeking permission for each company, the department of disinvestment wants to have several companies in its portfolio, giving it flexibility in picking options.

When Modi took over in May, he was castigated for not seeking advice from experts. Slowly, that gap is being filled. Arvind Subramanian has been appointed the chief economic advisor.

Pro-reform Arvind Panagariya has been made the vice-chairman of NITI (National Institute for Transforming India) Aayog, the replacement for Planning Commission. “Metro Man” E Sreedharan has been asked to suggest processes that will ensure transparency and accountability in tenders floated by the Railways.

Former financial services secretary D K Mittal is looking at ways to improve the Railways’ financial health. Those in the know insist the government hasn’t shied away from engaging with consultants on various issues.

Suresh Prabhu, a known doer, has been put in charge of the Railways.

There is evidence of better coordination between ministries.

For instance, the armed forces were squabbling with DoT for almost a decade over exchange of spectrum, and no solution was in sight; the matter has now been resolved.

State-owned banks have been told the government will not interfere in their work.

Many of these steps, including the goods & services tax, diesel deregulation, Aadhar and opening up of insurance for foreign investors, are initiatives of the earlier United Progressive Alliance government.

However, most of these could not be taken to their logical conclusion, thanks to inept political management.

To its credit, the Modi government has grabbed the ball and run with it. The ambitious Delhi-Mumbai Industrial Corridor, which was conceived by the Manmohan Singh government, is also expected to take off under the current regime.

Yet, many worry that the government has had to take the ordinance route to push through reform in insurance, land acquisition and mining, though it has an absolute majority in the Lok Sabha.

The Opposition has called it a subversion of democratic institutions.

The problem is that the National Democratic Alliance, or NDA, has only 42 members in the 245-strong Rajya Sabha, and legislative change has to be cleared by the Lok Sabha as well as Rajya Sabha.

According to a report by Motilal Oswal, NDA is unlikely to gain absolute majority in the Rajya Sabha before 2018.

But this does not seem to bother businessmen.

“Maybe ordinances are not the ideal route, but it shows the government means business,” says Edelweiss Chairman & CEO Rashesh Shah. Others know that in case the Rajya Sabha rejects a bill, the government can call a joint sitting of the two Houses, in which it will have numerical superiority.

Still others cite the example of Bupa of the United Kingdom which has decided to increase its stake in Max Bupa, the health insurer, from 26 per cent to 49 per cent to suggest that the ordinance route is not a worry.

A few other insurers too are reportedly close to raising their stake in their Indian ventures.

Some want to wait till the upcoming Budget before giving their final verdict. “The Budget will be the focus of attention, to see if bold and innovative steps are taken to improve business and investor confidence and the future path and quality of the fiscal deficit,” says Ananth Narayan, regional head (financial services), Standard Chartered Bank. Over to Jaitley. 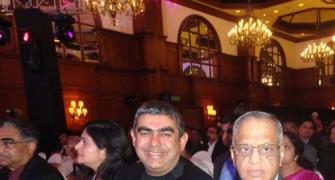 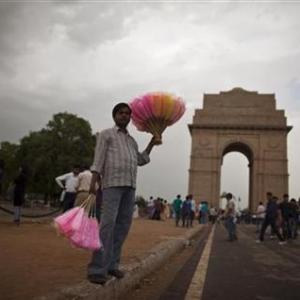