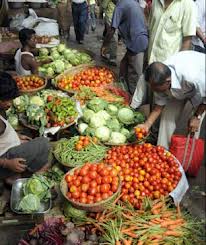 Richard Clarida's recent paper could be key for policymakers in deciding whether India should move to an 'inflation targeting policy regime', says Vivek Dehejia.

What have we learned - and not learned - from the global financial crisis, the aftershocks of which still rumble to this day?

In particular, has the crisis rubbished conventional thinking about the theory and practice of monetary policy that had developed into a near-consensus in the preceding period of the "great moderation"?

Or does that theory and practice, suitably modified, hold valuable lessons for the future, once the immediate crisis is past and the advanced economies emerge from the "zero lower bound" on short-term interest rates?

Clarida, who taught me, is an economics professor at ColumbiaUniversity, and was a senior official in the US Treasury Department during the administration of President George W Bush.

More pertinent for the current discussion, Clarida, along with economists Jordi Gali and Mark Gertler, codified what has since become the canonical model with which to study the theory of optimal monetary policy, in a series of influential papers published in the late 1990s and early 2000s.

A principal finding of the Clarida-Gali-Gertler framework is that, in a "New Keynesian" dynamic economy, which experiences exogenous shocks, and in which nominal prices are "sticky" or slow to adjust, the optimal monetary policy boils down to a form of "flexible inflation targeting".

A second key finding is that this optimal policy may be implemented through a version of what is known in the monetary economics literature as a "Taylor rule". This is a feedback rule for the short-term policy rate - originally proposed by economist John Taylor - which is a function both of inflation and the output gap. The difference here is that unlike Taylor's original formulation, which is backward-looking, an optimal Taylor rule targets expected future inflation, not past inflation (although the latter may well be a good guide to the former).

It is also worth noting that the Clarida-Gali-Gertler result applies not only to a "closed" economy (in practice, a large economy such as the US, in which domestic economic considerations are paramount, and in which the international economy enters only secondarily) but also to "open" economies (such as India and advanced and emerging economies that are significantly dependent on international trade and financial flows).

This emerges from an "isomorphism" result - which says, roughly, that the closed and open economy policy problems are structurally similar, under a set of reasonable simplifying assumptions.

Is this theory - which encapsulates the pre-crisis conventional wisdom, sometimes called the "Jackson Hole consensus" - still valid today, in a world of near-zero interest rates in the advanced economies and characterised by unconventional monetary policies such as large-scale asset purchases ("quantitative easing") and "forward guidance"?

Clarida argues, persuasively, that the answer is "yes", in particular, once the advanced economies escape from the zero lower bound and "liquidity trap" in which they currently find themselves.

He summarises his conclusions thus: "The framework suggests that good macroeconomic outcomes in open economies are possible by focusing on inflation targeting that is implemented by a Taylor-type rule, a rule that in equilibrium is reflected in the exchange rate as an asset price, just as it is reflected in long-term bond yields via the expectation channel for the expected future policy rate…"

The crucial corollary is that optimal monetary policy will, in general, not be consistent with a fixed (or even a "stable") exchange rate, but, rather, to achieve its goal of stabilising inflation and the output gap, the exchange rate will, in effect, follow a "random walk" (or exhibit a "unit root", in the language of statistics).

A second, and surprising, corollary, is that optimal monetary policy implemented through a Taylor-type rule will, in the short run, push the nominal exchange rate in the opposite direction than would be implied by "purchasing power parity" or PPP ( a long-run equilibrium situation in which exchange rates have reached their fundamental levels), in the event of a "cost push" (supply-side) shock. This is true, even though, in the long run, the nominal exchange rate must, in expectation, accord with PPP.

As Clarida says about this seemingly paradoxical result: "So what at first glance might appear to be an indictment of monetary policy by Taylor rule in the open economy - that it pushes the exchange rate away from PPP in response to inflation shocks - is actually a property of optimal policy!"

Here in India, policymakers, central bank officials, and economists interested in the theory and practice of monetary policy ought seriously to weigh these findings, as they impinge importantly on the ongoing debate as to whether India ought to move towards an inflation targeting policy regime.

Clarida's timely new paper gives those on all sides of this debate much food for thought.

The writer is an economics professor at Carleton University in Ottawa, Canada, and is co-author of Indianomix: Making Sense of Modern India (Random House India, 2012).