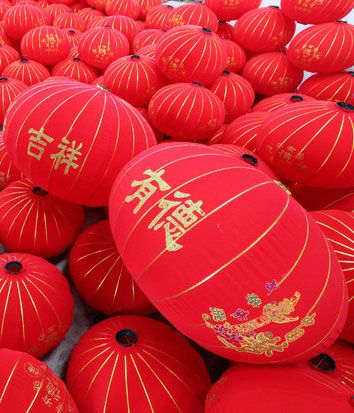 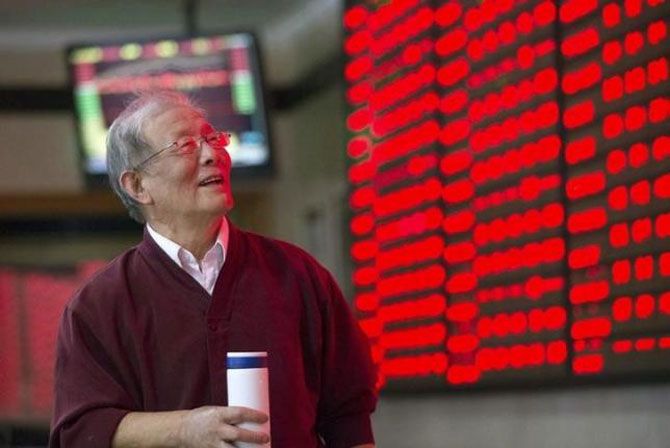 That China is in the news is not novel. What is new is that rosy narratives of its remarkable success are leavened with stories of potential disaster, pointing to possible huge setbacks in a hitherto inexorable forward march. Let us step back from the day’s headlines, to consider some basics.

First, no country has achieved a faster, deeper modern transformation than China. When Deng Xiaoping initiated economic liberalisation in 1978, the macro-economic numbers of China and India were actually comparable.

The difference was that China was much ahead in key indicators - education, health and social infrastructure. Its earlier investments in near-universal literacy, rural medical services and vocational training became a platform for that growth.

It achieved rapid take-off and after 1990, grew annually at a blistering 10 per cent. Today, China at over $10 trillion, China’s economy is five times larger than India’s. But now growth has slumped to six per cent.

Second, the Chinese Communist Party (CCP), with 88 million members, permeates all entities, including private enterprises. Party status is key to getting ahead. This is a vast meritocracy, drawing inspiration from Confucius and the imperial dynasties (Daniel Bell, The China Model, 2015).

In actual operation a tough merit principle is blended with favoritism, guanxi connections, even nepotism. The very notion of “princelings” - of whom President Xi Jinping is one, though not Premier Li Keqiang - is proof enough.

Yet, even for the well connected, competence is crucial. Example: Promotions go into effect only after an individual has graduated from a party school (over 800 exist, at central and provincial levels). The current anti-corruption campaign, and stronger authoritarianism, aims at consolidating Party supremacy, but might it produce a backlash? 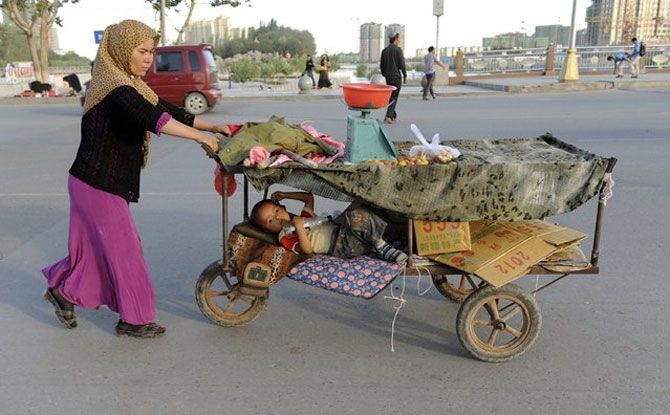 Image: An ethnic Uighur woman pushes her fruit stall while her child lies in it along a street. ' Photograph: Reuters.

Third, demography transition is a universal, relentless phenomenon, as countries move up the development ladder. China’s years of demography dividend years were 1990-2014 (i.e. when imbalance between the death rate and the birth rate lowers the dependency ratio, i.e. growth in the working population).

That coincided with its surge in economic growth. A boom in exports, facilitated by “special economic zones”, produced jobs for new labour force entrants. By 2014, this surge ended, pushing up wage rates.

That could be fortuitous, as China now has the industrial and R&D capacity to push innovation, improve automation, and raise productivity. But a falling labor force, and rising numbers of old age dependents will be a long-term economic drag.

Fourth, China’s economic indicators show a mixed picture. Its foreign exchange reserves, the largest in the world, fell by a record $513 billion in 2015, after it slightly devalued its currency in August, sparking fears of further decline in the Yuan’s value. In July 2016, the reserves stood at $3.2 trillion, significantly less than nearly $4 trillion it held two years back.

Tighter capital controls have been applied, but some flight overseas continues. A Reuters poll of economists suggest a further three per cent reduction in the currency’s value.

China thus faces potential currency pressure and a continuing drain in reserves. But it is building up important overseas assets and technology access. Overseas direct investments (ODI) has surged dramatically, $77 billion in 2012, well over $100 billion in 2015, and $100 billion in the first half of 2016.

Example: The 2016 purchase of a major share in high-tech German robotics firm Kuka for over $5 billion.

China’s calculation: It is better to deploy reserves in such acquisitions, and in the ambitious One Belt One Road (OBOR) initiative - variously guesstimated at $15-40 trillion over the next 40 years - rather than earn peanuts in US treasuries. 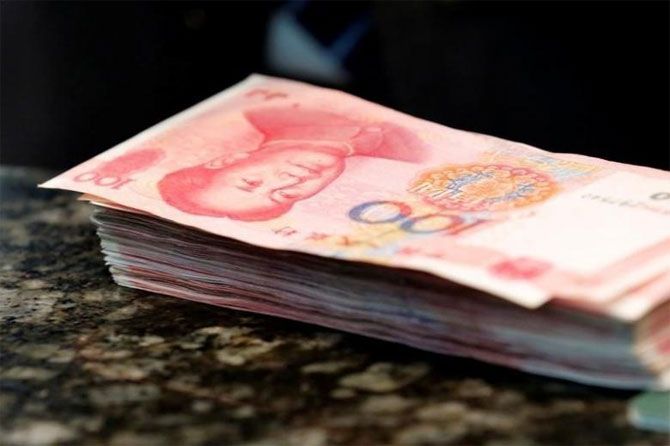 The Chinese banking system is too large, with assets that represent 40 per cent of world GDP, for any crisis not to have global repercussions. China is addressing this problem, but too slowly in the judgment of some observers.

Sixth, McKinsey estimates 225 million middle-class households have incomes of 75,000 yen to 280,000 yen ($11,500 to $43,000), compared with just 5 million in 2000. Spread across the country, they mainly live in urban areas, and include many of the 88 million CCP members. Always very patriotic, China is now becoming highly nationalist, strongly endorsing the official narrative of the country’s “century of humiliation”.

Yet, 10 million Chinese have migrated abroad since 2000 (mainly obtaining foreign residence in Australia, Canada, New Zealand, the UK and the US, some retaining home connections). In 2015, 120 million travelled abroad (including visits to Hong Kong and Taiwan), a four-fold rise over 2000.

This prosperity sits uneasily with a perceived cultural threat; Chinese scholars often ask Indian counterparts at conferences why India does not feel a threat of foreign cultural domination.

A Pew survey noted a felt need to protect the country from foreign influence. Officially, only 40 films are allowed entry into the country (circumvented by “joint productions”, and massive sales of “illegal” DVDs that seemingly does not bother the authorities).

Tight censorship applies to publications; satellite dishes are banned. But many Chinese access banned Facebook and Twitter via VPN links. Chinese social media flourishes, though ubiquitous censors take down comment deemed offensive, and it pops up again, in a cat-and-mouse game. 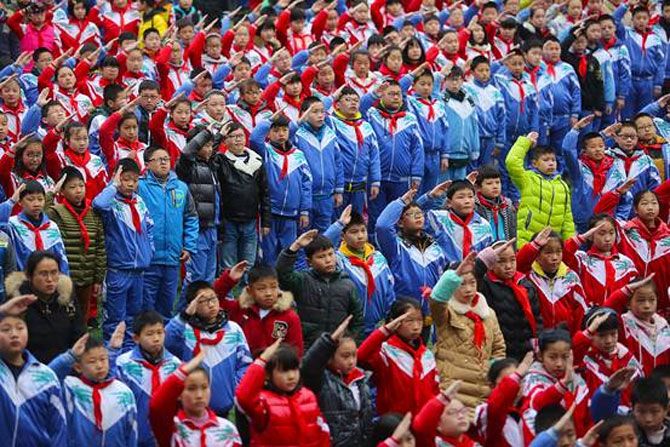 Seventh, consider education and research. Innovation, investments in R&D and in higher education are beginning to pay dividend, with many institutions high in global rankings. A 2014 MIT report noted that much innovation is under the radar.

At the school level, China has implemented major reform, via its Zhong-Kao exam that bifurcates middle-school leavers into those that go to high schools and those to the vocational stream, much like the German system.

So what kind of a panorama emerges from these snapshots? Weigh the elements and make your own prognosis. My take: the current growth rate of six per cent will decline further, even fall to four per cent. That should be impressive enough for the world’s second biggest economy.

But it may produce consequences for property prices, business and the public, belying popular expectations in a country accustomed to sizzling growth. Over the longer period, rigid authoritarian controls may exacerbate economic difficulties, and sharpen political challenges.