Better days are ahead for Indian investors 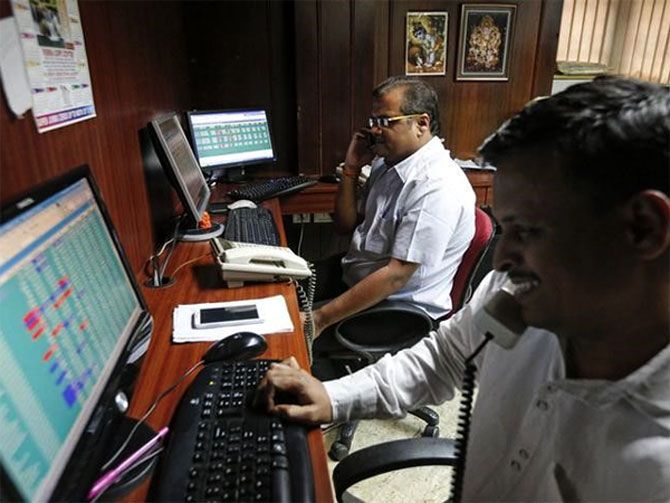 India-watchers shrugged off lower gross domestic product (GDP) estimates in the last fortnight. Global traders shrugged off threats of a hike in the USD policy rate. Markets moved up after a month-long pattern of tightly ranged trading.

However, several variables suggest that this deceleration is temporary.  First, Gross Value Added (GVA) was up 7.3 per cent year-on-year, a slight improvement on the 7.2 per cent GVA growth in April-June 2015. GDP growth was lower because subsidies rose (subsidy is subtracted from GVA to calculate GDP).

Second, private consumption is expected to rise as the Pay Commission bonanza goes into the pockets of government employees. Third, the monsoon has been good, which should boost rural consumption and lead to better food production.

A good monsoon should also result in some cooling off in food-related inflation. That in turn, might help the  Monetary Policy Committee (MPC) consider cutting rates in October.

Indeed, Treasury yields have moved below seven per cent in the latest Reserve Bank of India auction, which maybe a signal that the market expects a cut.

Retail petrol and diesel prices were hiked substantially last weekend and if coal prices rise further, the impact on thermal power generation costs would be considerable. This could hurt state finances though it wouldn’t feed into power tariffs yet.

Coupled with the inflationary impact of Pay Commission hikes, rising fuel prices could mean that overall inflation doesn’t abate. That would hobble the MPC, assuming it wants to cut rates at all.

The RBI will also start reversing $34 billion worth of swaps this month, so it may not want to tinker with rates, due to the currency implications.

Global (non-precious) metal prices have risen 15 per cent in the calendar year and firmed up five per cent in the last 12 months. This could mean some turnaround in the global commodity cycle, despite the gloomy prognosis of continuing slowdown in China.

On the earnings front, the financial sector has seen major profit contraction in Q1, mainly due to the public sector banks provisioning for non-performing assets. The telecom sector has also taken a hit and there will be further disruptive changes there, given the price war.

If we exclude those results, Q1 has been reasonably positive. Automobiles, cement, textiles are among the sectors that have done well. Excluding outliers such as Cairn and J P Power, the energy sector has also done well.

Construction companies are rejoicing at a recent Cabinet decision that could materially improve their balance sheets. The Cabinet has decided to release up to 75 per cent of disputed payments in arbitration.

That could, for example, be used to settle debts - HCC for example, claims that would enable it to halve its debt burden.

Others in arbitration, such as Punj Lloyd, IVRCL and Patel Engineering would also be beneficiaries. Other Cabinet decisions regarding easier foreign direct investment norms (FDI) should also help boost sentiment and eventually, lead to higher FDI flows.

The impact of Jio’s launch with its promise of cheaper data, cheaper handsets, free roaming and free voice calls will be considerable.

The current revenue split between voice and data is about 77:23, so this could kill the biggest revenue stream for Indian telecom service providers.

Even globally, data provides only about a third of telecom revenues in highly networked nations such as South Korea. So free voice is a huge paradigm shift and if it catches on in other regions, it could disrupt the global industry.

If data usage does climb, it would have positive implications for other industries such as media, entertainment and e-commerce. Bidding patterns at the spectrum auctions of end-September would be fascinating in the light of this new price war.

In the US, the Federal Reserve is now expected to hold off on rate hikes in September, given soft jobs data in August. Traders will watch the G-20 Meeting in China but there’s no obvious expectations from that. The European Central Bank is expected to maintain its easy money status quo in its meeting on Thursday. This implies foreign institutional investors (FII) will maintain their positive outlook on India and on other Asian economies (in calendar 2016, Taiwan and South Korea received higher quanta of FII investments compared to India).

The Nifty saw a breakout, climbing above the 8,800 level in the last fortnight. This should lead to targets in the 9,000-plus region. If it triggers a bout of reflexivity, and the uptrend intensifies, we may soon see new all-time highs, despite the fact that valuations look to have hit unsustainable heights.