3 takeaways from the Finance Bill amendments

A more vigilant Opposition and a more aware civil society including the media could have certainly helped keep a check on an unhealthy trend, says A K Bhattacharya. 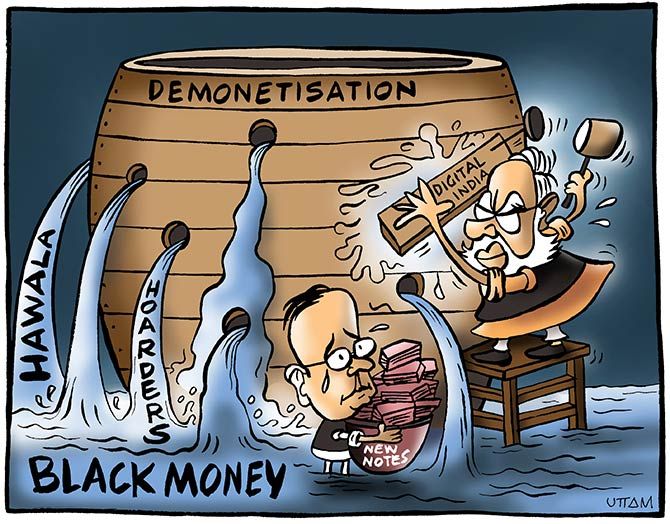 Much of the debate over the many amendments moved while passing the Union Budget for 2017-18 has been focused on how the government chose to modify several other laws by clubbing them with the Finance Bill.

The government decided to follow such a path for obvious political reasons. By making them part of the Finance Bill (which by all definitions is a Money Bill), it obviated the need for getting the Rajya Sabha’s assent before they could be included in the statute book.

This was certainly an objectionable decision. The inclusion of provisions in the Finance Bill to amend as many as 10 different laws that could not be otherwise classified as Money Bills was a brazen way of curtailing the rights of the upper house of Parliament, whose members as a result did not have any effective say on the proposed changes.

The government has ostensibly done this because it does not have a majority in the Rajya Sabha to secure an easy passage of those Bills. The political expediency behind the move makes it all the more improper.

The government will of course argue that many of the proposed changes were part of the finance minister’s Budget speech and hence it was not wrong to include them in the Finance Bill. But that argument is weak and doesn’t wash with anybody.

Three points, however, emerge from this development loud and clear.

One, it reflects the poor state of preparedness on the part of the Opposition political parties.

Two, it highlights the weakness of the country’s regulatory organisations.

And three, it indicates the government’s quiet move, though a very small one, towards reducing its size, but with a difference. Let us examine these three issues a little more closely.

The government’s intentions to bring about changes in many of these non-financial laws were known on February 1, when the Budget for 2017-18 was presented in Parliament.

What were the Opposition political parties doing all these weeks while Parliament was in session? Their silence perhaps emboldened the government to add a few more amendments to non-financial laws at the fag end of the Budget discussion.

A more vigilant Opposition and a more aware civil society including the media could have certainly helped keep a check on such an unhealthy trend.

Also, remember that many of the legislative changes brought about with the passage of the Finance Bill will result in the merger of as many as eight tribunals with the existing ones. Each of these tribunals is part of the regulatory framework for a particular sector.

Thus, eight regulators will now cease to have their separate tribunals and instead their work will now be handled by others.

While some of these tribunals will naturally become overburdened with rising pendency of cases as a consequence, it is significant that not one word of protest has been heard from the regulators whose tribunals have been merged with other tribunals.

Worse, there is a deafening silence from the regulators whose tribunals have now been entrusted with the additional responsibility of handling cases from those eight tribunals. Wouldn’t regulation suffer at least to some extent due to the proposed merger?

What a more powerful and active regulator could do can be gauged from the manner in which the government backed off from amending the RBI Act through the Finance Bill a couple of years ago when the Reserve Bank of India made its opposition to the move known in no uncertain manner.

The difference between a strong regulator and a weak one is too obvious to be missed.

Finally, the subsuming of eight tribunals with the existing ones shows a reduction in the size of the government. The government would certainly cut down its cost on housing these tribunals and paying their staff.

But the bigger hit of this downsizing will be taken by the judiciary. Most of these tribunals were headed by retired members of the judiciary and after the merger of eight tribunals there will be as many fewer vacancies that the judiciary would now be required to fill with its retired or retiring members.

Finance Minister Arun Jaitley’s assurance that judiciary will be consulted on all these appointments may be cold comfort, because effectively the judiciary has fallen prey to what would count as the Narendra Modi government’s first attempt at reducing its size.

Bureaucracy and organisations headed by civil servants have largely escaped, while members of the judiciary seem to have taken the hit.

A K Bhattacharya
SHARE THIS STORY
Print this article