It was widely expected that this time around, the government would be less likely to initiate fresh reforms and rather loosen its belt a little to give various segments of the economy, especially the multitudes that truly constitute India, something to smile about, says Sudip Bandyopadhyay. 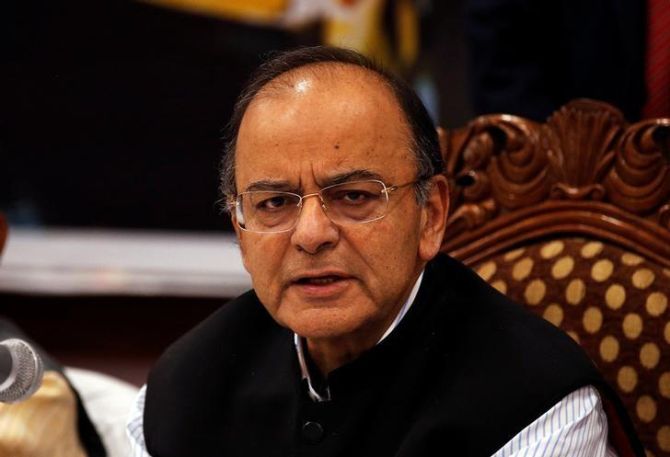 After close to four years of gruelling reforms on various fronts, India was looking towards Budget 2018-19 to showcase results or at least offer some respite from the rigorous march of progress.

It was widely expected that this time around, the government would be less likely to initiate fresh reforms and rather loosen its belt a little to give various segments of the economy, especially the multitudes that truly constitute India, something to smile about.

If evaluated against those expectations, the Budget certainly obliged:

Since the beginning of its term, the government has been working towards drawing the unbanked population of the country into the formal financial sector.

It has also introduced Business Correspondents to provide banking services in the rural areas.

To supplement the efforts of the mainstream banking system, the government initiated differentiated banks such as Small Finance Banks and Payment Banks.

The most pertinent development in this sector, however, seems to be the use of technology to viably address the issues of outreach and credit delivery in the hinterland.

In this Budget, the government took the implications of financial inclusion to a whole new level.

He also proposed greater funds under the Mudra Yojana, a scheme designed to provide first-time entrepreneurs with funds at a concessional rate of interest.

And these are only a few of the measures related to greater financial inclusion proposed in the Budget.

In fact, he went so far as to hint that ‘the use of fintech in the financing space will help the growth of MSMEs’, suggesting that the financial sector itself should find ways to use technology to tap the vast opportunity called financial inclusion.

Availability of finance seems to be the biggest bottleneck for businesses in the micro, small and medium segments.

By FY2017, about 97 per cent of the target of Rs 1.80 lakh crore under this scheme was already disbursed.

So, naturally, the expectation from this budget was to promote or make available further finance for SMEs.

The finance minister took the lead by proposing an augmentation of funds under the Mudra Yojana scheme, while also providing Rs 3,794 crore to the MSME sector as credit support, capital and interest subsidies.

Towards bringing MSMEs into the formal financial sector and gauging their capital requirements, including working, he proposed studying of the big data base that is emerging, in the aftermath of the implementation of GST and demonetisation.

As an incentive to small businesses, the government reduced the tax rate for companies with turnovers of less than Rs 250 crore.

Most importantly, he urged NBFC and Fintech to play a more aggressive role the mission to bring better funding to MSMEs, assuring them that he would create a more facilitating environment to further this cause.

The finance minister averred in the budget, “Our Government works with the holistic approach of solving any issue rather than in fragments.”

And that’s exactly how his proposals for the agriculture sector in the Budget panned out.

To ensure better MSP, he proposed the strengthening of e-NAM and setting up of Gramin Agricultural Markets (GrAMs), rather than merely a dole out of funds; these solutions would empower farmers and provide a more sustainable solution.

Further, he suggested measures to triple agri-exports and facilitate better finance to farmers.

It truly appears that the government has taken a multi-faceted view of the problems in the sector and sought to provide sustainable solutions.

While most will agree that it was a well-intentioned, benign Budget, retail investors appeared disappointed with the proposal to tax capital gains on equity.

A sharp fall in bell-weather indices was testimony to this sentiment.

However, what seems to have gone unnoticed are the proposals in the budget to increase retail opportunities to invest in ETFs, including debt-ETFs.

At the end of the day, the government appears to have done the best it could with numerous constraints including low tax compliance, adherence to fiscal rectitude and a multitude of issues, across various segments of our wide and diverse country, that demand the attention and limited funds that underlie the budget exercise.

Sudip Bandyopadhyay is group chairman of Inditrade group of companies 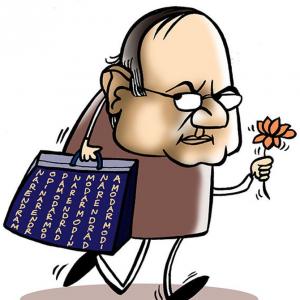 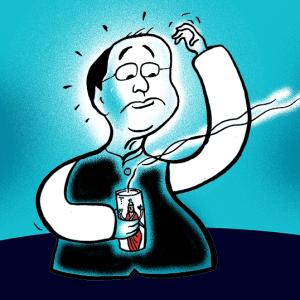