Intel may set up plant in India

Communication and IT Minister Dayanidhi Maran on Tuesday asked world's largest chip manufacturer Intel to set up a facility in India in view of the fast growing domestic IT market.

"I am meeting Intel chief Craig Barett in the end of this month and I have one point agenda to press him for setting up a manufacturing facility here," Maran told reporters on the sidelines of a seminar.

Intel is understood to have shortlisted two locations -- India and China -- for setting up a factory, the minister said, adding: "I am going to US in May end for this purpose."

He also welcomed Finance Minister P Chidambaram's announcement with regard to countervailing duty on components for mobile phones, saying: "I had personally taken pains to bring companies like Nokia to come here and set up manufacturing facilities."

On the final guidelines on foreign direct investment, Maran said the notification would be issued soon.

"Having received views of various associations like COAI, we have sent the recommendations to the finance ministry. As soon as we get clearance from them, we shall issue final guidelines and notification in this regard," he said.

He, however, declined to give the exact time frame. Department of Telecom (DoT) has to issue final notification on increased FDI in telecom specifying all the terms and conditions.

Maran said India offered huge opportunities in the telecom sector and government was fully committed to the continued liberalisation of the sector.

The growth of Indian telecom network has been over 30 per cent consistently during the last five years, he said. India has crossed the 100 million connections milestone much ahead of target, he said and expressed confidence that the new target of 250 million connections by 2007 end would be met.

Concerned over the rural-urban digital divide, Maran said the ratio of rural to urban telephone has sharply declined from 21:79 to 14:86 during the last two years.

State-run BSNL has made the major contribution to the rural telecom network, he said and asked the private companies to share the 'national responsibility.' 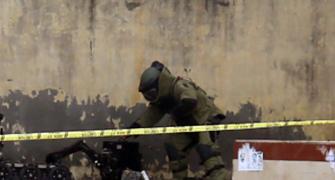 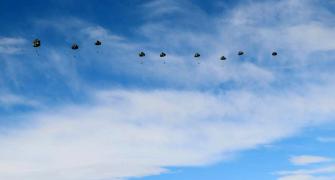 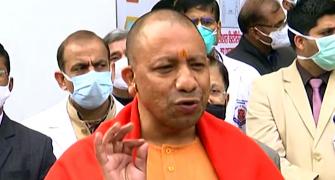