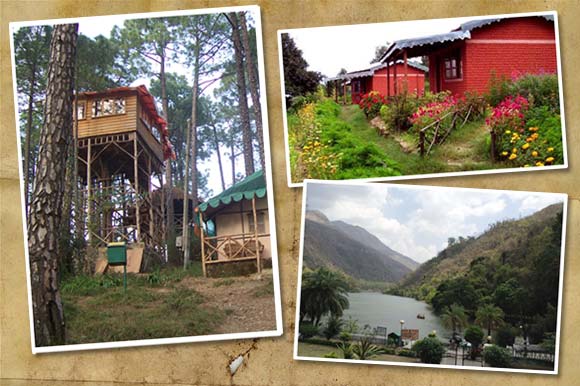 Today's chaotic life often leaves us pining for peace of mind and clarity of thought. But there are a few hidden corners in our beautiful country where inspiration flows, where time stands still and where creativity cannot help but express itself.

Here are three places I discovered in my search for peace and tranquillity and I recommend you try them out too.

Harnoor Channi-Tiwary is the founder of Journey My Way (journeymyway.com), a personalised travel advisory firm. Located in Sirmour district in Himachal Pradesh, this luxurious three-cottage property is literally in the middle of nowhere.

Writer's Hill is the perfect place to pen down a book. The air conditioned cottages, named after famous books like My Name Is Red written by Turkish writer Orhan Pamuk and No Orchids For Miss Blandish by James Hadley Chase are enormous and designed in a way that spell leisure.

There are reading corners, DVD libraries and places where you can just sit with a cup of tea and stare at the mountains through the French windows.

There are places I have visited where words just seem to flow and one can't wait to write them down. Writer's Hill, however, was not one of those places. I was so taken by the serenity and beauty of it that all I wanted to do was sit and listen to the wind in the trees.

Words would string themselves in my head but I often found it difficult to break the trance and make the effort to write them down instantly.

When the day begged an excursion, a majestic waterfall about 1 km away from the cottage provided the perfect outing. With water falling from quite a considerable height, it was unique in its design as a temple sat in the middle of its delta, only accessible when the water was low.

A half an hour drive also took us to Renuka Lake, the birthplace of Lord Parshurama. There are many legends that surround the famous sage Parshurama, one of the 10 avatars of Lord Vishnu, a prominent figure both in the Mahabharata and the Ramayana. Named after his mother Renuka, the lake itself is huge and picturesque.

The most interesting part of this outing was when we got an opportunity to get up close and personal with wild life. On the banks of the lake, there is a wildlife nature park where you can see lions, bears, deer and if you're lucky, even a leopard. 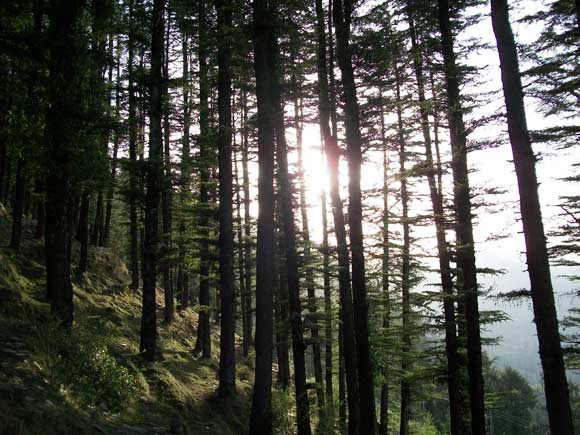 The perfect solution to my writer's block was a week long stay in a hidden crevice of the Himalayas, much like the mythological sages (albeit in some comfort).

Nestled in the Nainital district in Uttarakhand, 360 km and a 10 hour drive from Delhi lies the Himalayan village of Sona Pani. To call this place a resort would probably offend its sensibilities. Sona Pani is an eco-village set in the middle of a forest with orchards blooming within the premises.

To my delight, I discovered that unlike other resorts, Sona Pani did not offer distractions like a television and phones. I must admit, at first I was a bit dismayed to learn there was no network coverage on my cell phone, but then it proved to be a boon. Almost addicted to my phone, it was actually a relief not having to check Facebook or receive unwanted calls from credit card companies.

At Sona Pani, I found serenity and the kind of calm where if you listen hard enough, you may hear your heart beat. At a height of 2000 metres, the cottages overlooked the gorgeous snow capped peaks of the Himalayas and this made for the perfect setting to inspire the artist in me. Words flowed like a bubbling stream. The week flew by in a blink.

I came back with my mind at peace, my soul cleansed and a smile on my face.

URL: www.himalayanvillage.com
Distance from Delhi: 350km
Budget: Rs.5000-6000 per night for a couple
Preferred mode of transport: Ideally take Kathgodam Express train from New Delhi to Kathgodam (or the new Shatabdi train) and thereafter hire a cab for the hill travel.
Drawback: For some it could be too secluded and nothing else to do or see Robert Frost must have written these lines at Potter's Hill, for no other words can describe this place better. In a cosy corner near the ever-so-popular hill town Shimla, this remains one of the better-kept secrets of the region.

I discovered it on one of my strolls down from the Mall road after visiting the Viceroy's House, in Shimla. As you walk closer to Potter's Hill, you leave behind the crowds and your worries and let nature's nurturing arms envelope you.

The hill, earlier the home of local potters is now a bird sanctuary. And once I stumbled on it, I booked myself a cottage and moved my luggage away from the crowded town of Shimla.

Where else can one expect to be woken up in the morning by the tak tak of woodpeckers or the orchestra of chirping birds? Built in the middle of the forest, it was the perfect setting for me to sit and write for hours.

Potter's Hill offers very basic cottages that are clean and adequate. But I didn't come here for luxuries. I came to sit on the patio and sip hot chai with lipsmacking pakodas. I also read a book on the machaan and indulged the photographer in me when I was not just listening to the sounds of the forest. I came here to hear my thoughts and pen them down away from the cacophony of city life.

Want to share your travel story and pictures? Simply write in to getahead@rediff.co.in (subject line: 'My Travel Story'), along with pictures of the destination you're writing about. We'll publish the best ones right here on rediff.com!