Top 10 WACKIEST festivals in the world! 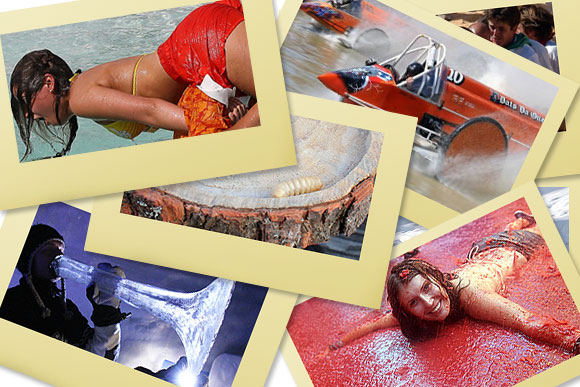 Image: The wackiest festivals in the world!

La Tomatina isn't the only unusual festival. Hotels.com lists out 10 rally wacky festivals around the world.

Thanks to Zindagi Na Milegi Dobara you now know about La Tomatina. But in this wild and wacky world there are many other festivals that are as or more unusual than the festival of tomatoes in Spain!

Hotels.com has put together some of the unusual events that guarantee an unforgettable holiday. 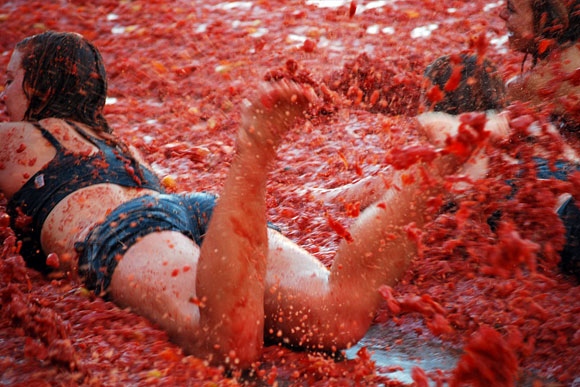 The Tomatina festival is one of the messiest around. Held in the Valencia region of Spain, tens of thousands of participants fight in a harmless battle where they throw 100 tons of over-ripe tomatoes at each other in the streets of the town. Celebrated on the last Wednesday of August, it is part of a week-long festival with music, parades, dancing and fireworks. 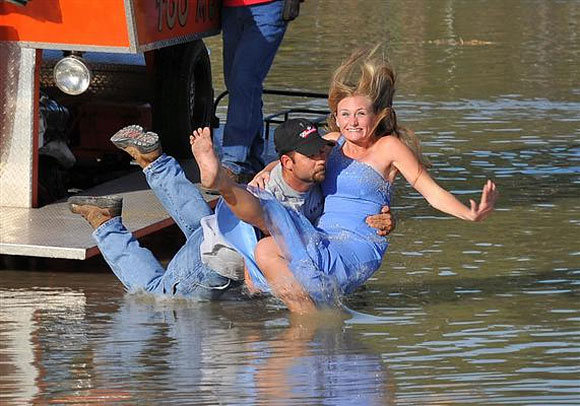 Swamp buggies feature huge balloon tyres and gun racks and are built to cope with the vast, boggy mire known as Collier County.

The first Swamp Buggy Races took place around 1943 and today many of the old traditions, such as ceremoniously dunking the Swamp Buggy Pageant Queen in slimy mud after the race, still remain. 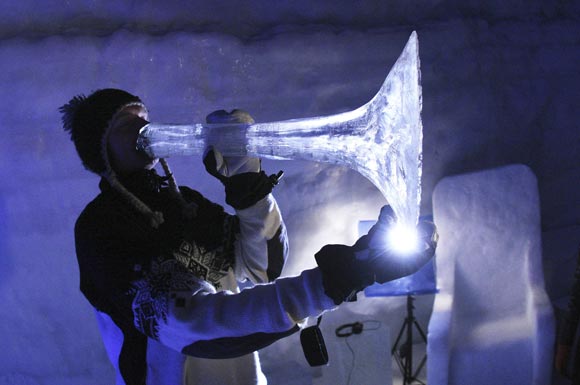 Ice Music Festival is a chamber music festival -- but not as you know it. Held around a frozen lake at Kikut, all the musical instruments played are made completely of ice. 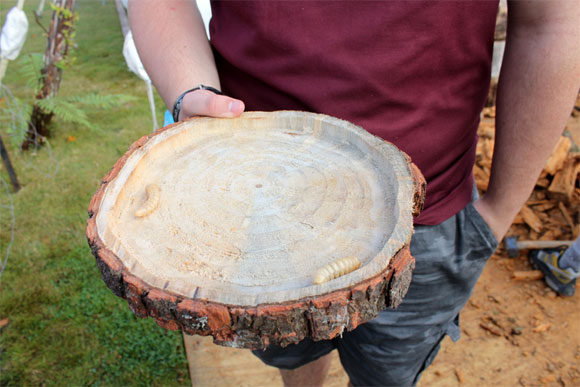 The Hokitika Wildfoods Festival is ideal for anyone with a curiosity for unusual tastes and flavours.

Crowds of 20,000 people turn up every March to either watch or participate in this bush tucker style trial where people swallow crickets, chew slugs, gobble sheep's eyes and nibble on sausages made from bulls' penises. 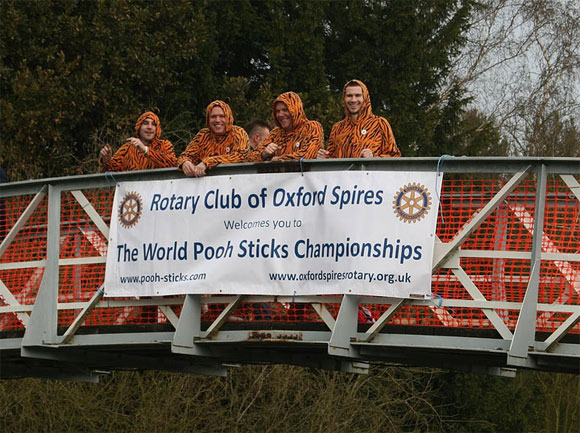 This annual tournament of Pooh Sticks, a quintessentially English game which pays homage to Pooh Bear, takes place at Days Lock in Oxfordshire.

This event now attracts an international crowd who dress up in fancy dress and enter as individuals or a team. Teams of six drop colored sticks at precisely the same time into the River Thames, from two bridges at a lock, and watch to see whose stick travels down the river fastest. 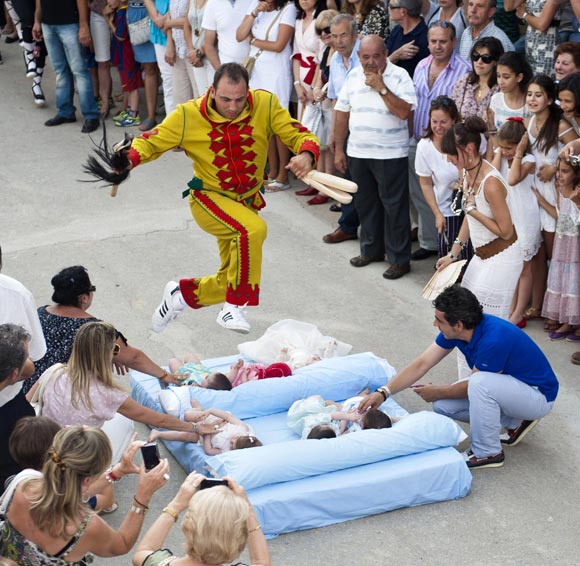 This strange event dates back to 1620 and celebrates the Catholic festival of Corpus Christi which is marked all over Spain with processions, mystery plays and a wide variety of popular celebrations.

In Castillo de Murcia grown men dressed as the Devil leap over babies, an act that is known as El Colacho, which supposedly cleanses the children. The celebrations continue for a few days and are very entertaining, if a little strange. 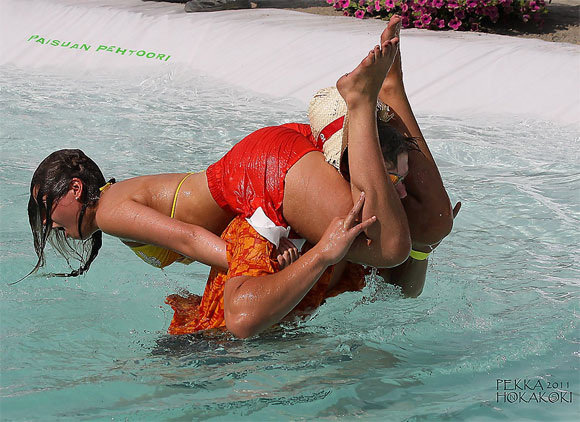 Each year strong men carry their wives over an arduous course complete with obstacles, in the hope of winning their weight in beer.

This bizarre sport stems from the early 19th century when local men had the less amusing habit of stealing women from neighbouring villages. 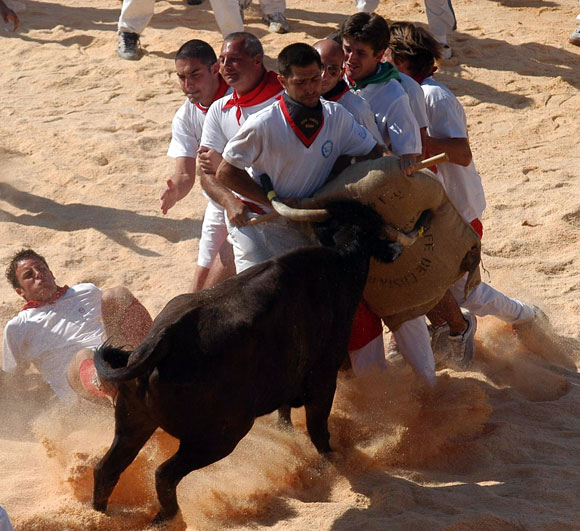 The fetes de Bayonne are a series of festivals in the Basque town of Bayonne. They make up the largest festival in France and participants dress in white with a red scarf and a red belt after the colours of the city of Pamplona. The event starts with a noisy and colourful fireworks display followed by bull running in the streets, bull fighting, live music, street theatre and fantastic food. 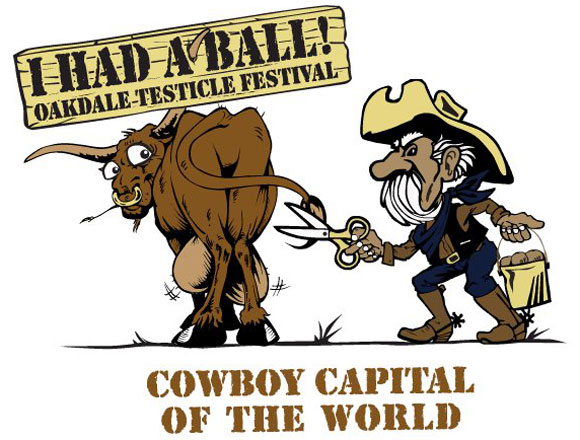 The festival feeds over 2.5 tons of deep fried bull testicles to its many hungry revellers. There is also a bull-chip throwing contest, a wet T-shirt competition and a hairy chest competition. 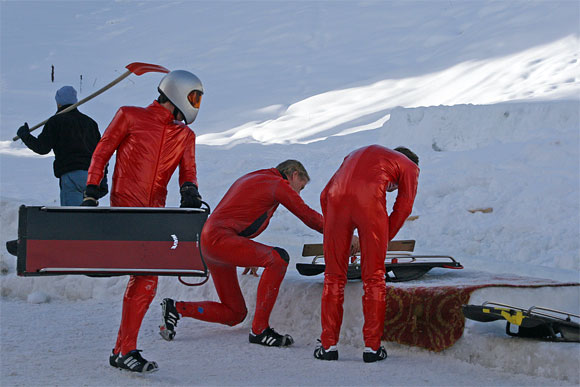 The Cresta Run (December to March)

The Cresta Run at St Moritz Tabogganing Club is one of winter's legendary, and most dangerous, challenges. Each year the run opens for the brave and the crazy to take their chances on the ice.

The run is currently only open to men who are prepared to take tuition to participate. The challengers lie head first on a small toboggan and hurtle down the 1200m ice track steering with their shoulders at speeds of up to 90mph.