Sign in  |  Create a Rediffmail account
Rediff.com  » Getahead » The break-up guide: How to cope with losing in love

The break-up guide: How to cope with losing in love 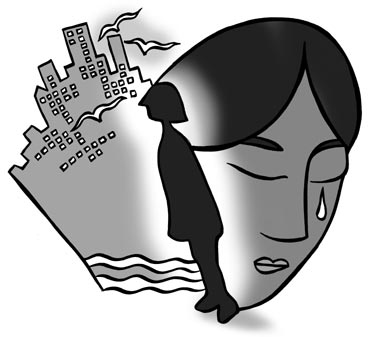 While it's certainly not easy, it's not impossible to take charge of your situation and make peace with the fact that your relationship has come to an end.

It happens to most of us at least once in a lifetime. Unrequited love. The demise of a relationship. Watching someone you invested a lot of time, love and sacrifice in move away from you.

Some of us are equipped to handle it and some are not. Like Viveka Babajee, the supermodel who tragically ended her life on June 25, supposedly after her businessman boyfriend pulled the plug on their marriage plans. It was an extreme step to take, one that only a person on the edge can contemplate and maybe other circumstances added to the pressure of her situation. But anybody who's been in a similar position at some point in life must have at least an inkling of the pain she went through, the loneliness she must have felt in order to contemplate suicide.

Romantic break-ups, regardless of whether they are one-sided or mutual, can have an immense impact on one's day-to-day life. You don't feel like getting out of bed in the mornings, getting through your shift at the office seems like a feat, friends can't seem to lift your mood and the smallest remnants of your partner's presence, like a unwashed cup by the kitchen sink or a photograph by the bedside can trigger a flood of tears or at the very least, heartache.

Unfortunately, it sometimes happens to the best of us. And the pressure can build up till it spirals out of control if you don't assume a proactive stance to move on with your life. But however you may be feeling right after a break-up, you need to remember that there is a light at the end of the tunnel and your grief, however deep it is, will not last forever.

Here are a few steps that can help you come to terms with it.

Accept that the relationship is over

There is nothing worse than failing to realise that you need to move on. You'll only be making it harder on yourself by trying to salvage a relationship that you know has ended, especially if it's a one-sided effort and your partner wants out.

Incessantly calling your ex, trying desperately to rectify a situation you know cannot reverse itself, refusing to listen when your partner tells you s/he doesn't want to give things another chance -- such behaviour and an inability to take 'no' for an answer are all detrimental to your wellbeing at this point.

True, sometimes it's just a nasty fight that triggers off a 'break' and it's likely that you'll be back together in a few days after cooling off. But when your relationship is over, you know it -- it's instinctive. And when you do, don't keep trying to fight it by pulling out all the stops.

It's better to settle down with a coffee and a close friend to cry it out, instead of cold-calling your ex at the office two dozen times a day. At the end of it, you'll have worked yourself up into quite a state, one that clouds your judgement and tosses good sense out the window. It may sound easier said than done, but don't look to the past, look to the future. You may have lost your lover, but don't lose your self-respect in his/her eyes too. Grit your teeth, tell yourself it's over and leave it at that. From this point on, it's all about you.

Get rid of things that remind you of your ex

You may not be able to wipe away the bittersweet memories, but you can certainly remove the triggers that bring them on and make you miserable. That is not to say make like a drama queen and toss them out into the street or set them on fire, because

As soon as you feel ready to give your room or home a good cleaning, go right ahead. Crank up the stereo to maybe soothe your mood (no love songs) and store everything that you'd rather not have around at this point in a carton. Round up your keepsakes -- and then figure out what to do with them -- if they belong to the ex, you can have them returned via a common friend, if they're gifts you can either decide to bundle them away into storage or then distribute them among friends.

If you want to hang onto certain things of sentimental value, of course that's perfectly understandable, but remind yourself that you'd rather have them out of sight for a while at least. In the end, do what makes sense to you -- for instance, if you're more the practical type, you may not see the need to chuck out the dinner set you chose together. If you're sentimental, get rid of it -- present it to a friend as a gift or pack it away till such time as you can use it without becoming blue.

You may also want to keep away from social establishments where you hung out often with your partner, just for awhile -- sitting in your favourite coffee shop at the same table you shared a few weeks ago, for example, is unnecessary and sure to make you feel down.

Take a break from work 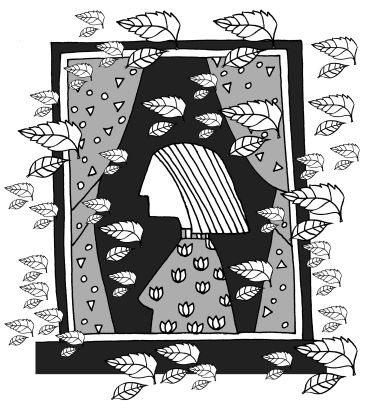 Coping up with your career and a break-up at the same time can be the hardest thing to do. Turning up puffy-eyed at work, not being able to manage a smile at light-hearted office banter and having to make conversation with colleagues who still don't know of your personal crisis can make life a little difficult.

The best thing to do in such a situation is to take a break from work. Apply for leave and head off for a short holiday. Travelling is sure to perk you up a little -- you'll find that in a new environment, you feel much more distanced from the situation back home. Don't go off by yourself to a remote, romantic hillstation, that will only make you feel worse -- take along a few good friends or family members and enjoy yourself. When you get back to base, you'll find that you don't feel half as down as you were before you left.

If a holiday is not possible, at least try to engage in some serious me-time for awhile. Do the things you love, like shopping, dining with pals or heading off to a movie. Indulge yourself a little; schedule out your days so that you don't have time to mope and keep yourself busy. As the weeks turn into months, you'll find the weight of your loss lessening considerably.

Settle into a new routine

Often, the loss of a relationship is keenly felt by the loss of a particular routine associated with your partner. If Wednesday nights were 'date nights' for you and your ex, finding yourself at loose ends on the same night of the week is sure to leave you moping. If you commuted to work together each day, the morning route may pinch you a little.

So you need to ensure that you settle into a new routine -- it will help you come to terms with your new life without your partner much quicker. Make sure you're not sitting home alone on Wednesday nights and maybe carpool with a few colleagues who live nearby.

Keep up the sense of normalcy as far as you can, even if you're aching inside, because the day will come when you realise that you're not pretending to be okay with it anymore -- you actually are. 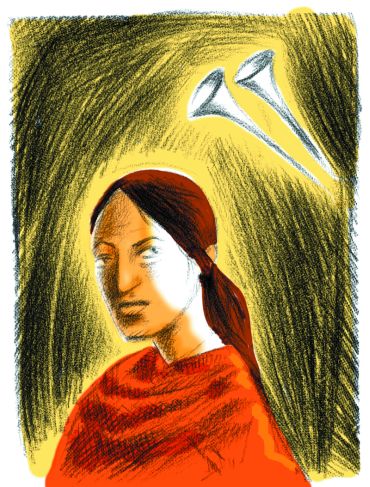 With extra time on your hands, a new hobby or interest is sure to have you disconnect from negative feelings and help drop the emotional baggage, at least for a little time every day. You'll feel more caught up in what you're doing and a sense of accomplishment will help you to feel good about yourself.

In fact, it often happens that an ex is forgotten, but the hobby taken up as a result of his/her departure becomes a lifelong obsession. Ever heard someone say something to the tune of, 'If so-and-so hadn't left me, I'd never have taken up painting with such a passion'? It's not uncommon -- that could be you, two years down the line. So join that art class, buy that stamp book or enroll for dancing lessons today.

Connect and communicate with loved ones

While the romantic side of your life may have run dry, it doesn't mean that you don't have other relationships to fall back on.

Don't ever fool yourself into believing that you can handle everything on your own and that it would only bother your family or friends to support you in your time of need. They want to help you through the difficult times, so turning to them is the best thing you can do when you're down and out.

Having someone listen and sympathise will feel good. Also, those close to you may have a fresh perspective on your relationship and its demise, one that you missed out on. You may even realise that while you were too involved to notice, your ex was not the right kind of person for you and that you're better off without him/her in the long run.

Give yourself some time before analysing your relationship 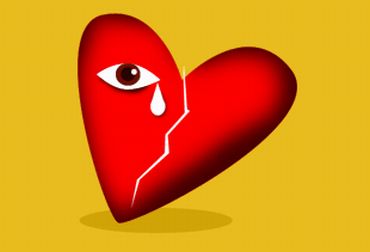 Just after breaking up is not a good time to rehash the events that transpired and try to figure out why things ended the way they did -- you'll never be able to put distance between yourself and the situation.

What you need to do is leave things alone, at least for now. Wracking yourself with thoughts of 'I should have done this' or 'Why did s/he do that?' will only leave you at your wits' end. Sure, it's always good to introspect and think about how you can be a better partner, but there's a time and a place for it and neither of them is now, when you're still emotionally vulnerable.

Thinking about your ex is, of course, inevitable and you'll very likely get caught up in the break-up often. But don't dwell on it incessantly; maybe an evaluation of what went wrong will be more fruitful when you're ready to wade back into the dating pool again.

Don't be ashamed of seeking professional help if you need it

Finally,if in spite of all your efforts you find yourself feeling lonely, depressed and unable to cope rationally, you may need to see a counsellor who will help you come to grips with your life. And that's nothing to be ashamed of.

A popular misconception is that only the mentally unstable visit professionals to deal with their problems. The truth is that even an absolutely normal person may benefit from outside help when coping with difficult personal situations.

If, especially, friends and relatives suggest that you 'talk' to someone qualified to listen, don't dismiss their suggestion without honest introspection. Ask yourself if you're having more trouble getting back to normal than you should and know that this can only help you. After all, it's better to let it all out instead of bottling up your feelings till you reach breaking point.