Sign in  |  Create a Rediffmail account
Rediff.com  » Getahead » Hookahs as bad as cigarettes and other health news

Hookahs as bad as cigarettes and other health news 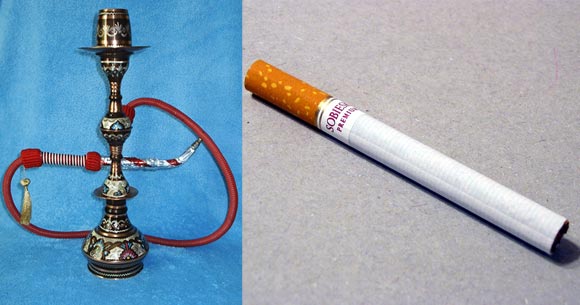 Here's a round-up of the latest findings across an array of pressing health issues.

Did you know that hookahs have as bad an impact on your lungs as cigarettes? Or that eating too much junk food may cause dementia? Read on to learn more.

Hookah smoking as bad as cigarettes for lungs

Water pipe smoking, such as hookah or bong smoking, affects lung function and respiratory symptoms as much as cigarette smoking, a new study has revealed.

Most users of water pipes and many physicians believe that smoking through a water pipe filters out the toxic components of tobacco and is considerably less harmful than smoking cigarettes.

A questionnaire was administered to assess the prevalence and severity of respiratory symptoms and lung function tests performed on smokers and control subjects using a spirometer.

"Our study is the first report regarding the importance of the method of cigarette smoke inhalation with respect to effects on the respiratory system," Boskabady said.

"Our findings reveal that there were profound effects of water pipe smoking on lung function values, which were similar to the effects observed in deep inhalation cigarette smokers," he concluded.

The study is published in the journal Respirology.

Eating junk food could also give you dementia 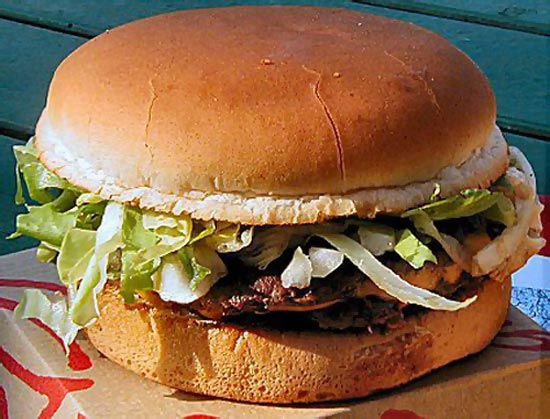 Gorging on junk food may not just make you fat, it could also give you dementia, a new study has claimed.

Bad diets are already linked to dementia, through high blood pressure and cholesterol interrupting blood supply to the brain, but the latest theory points to high levels of fatty and sugary food damaging the brain by interrupting its supply of insulin.

In type 2 diabetes, the most common form of the condition, unhealthy foods lead to cells in the body becoming resistant to the insulin they need to convert sugar into energy, the Daily Mail reported.

According to New Scientist Magazine, something similar may be happening in Alzheimer's, with a bad diet preventing brain cells from responding properly to insulin.

Insulin is needed to regulate brain chemicals key to memory and learning, to make and strengthen connections between brain cells, and to maintain the blood vessels that supply the brain with blood and oxygen.

In tests, rats given a chemical that stopped their brains from being able to use insulin developed Alzheimer's symptoms.

"They were demented. They couldn't learn or remember," the Daily Mail quoted Suzanne de la Monte, of Brown University in the US, as saying.

Triggering diabetes created Alzheimer's-like changes in the brains of rabbits, including the development of the sticky beta amyloid plaques that clog up the brains of human patients. 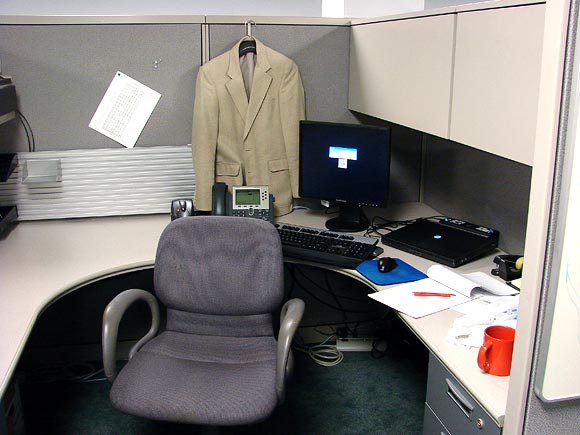 Workers who compensate for spending hours in front of a computer screen by using ergonomic chairs, standing desks and good posture are still likely to suffer from back, neck, wrist and shoulder injuries, along with increasing their risk of suffering from heart disease, obesity and diabetes, doctors have warned.

According to new research from the University of Sydney, the increase in use of computers has almost negated the benefits of improved workstation design and posture.

"Workstation design has come a long way since the '80s and they are good changes," the Age quoted Karin Griffiths, lead author of the study, as saying.

"But what I also found was the proportion of people reporting symptoms has not changed much despite this...(and) is not enough to keep up with health issues that arise from paperless, IT-dominated offices," Griffiths said.

The survey of nearly 1,000 workers across six government departments found that about 85 percent of people who spent more than eight hours a day working at a computer experienced neck pain.

"I know the amount of money organisations are putting into improved workstations and ergonomics, and it's not that those changes aren't important," Griffiths said.

"The problem is nearly everything can be done at the desk now -- communication, library research, file retrieval, even meetings. It doesn't matter how good the chair is, it is not going to address the health problem of what some researchers are calling 'chair disease'," she said.

She concluded that long hours of computer work may also contribute to cardiovascular disease, diabetes and obesity, with people in senior or managerial positions hit the hardest because they worked at a computer most.

The study has been published in Work.

Healthy lifestyle can add up to six years to your life 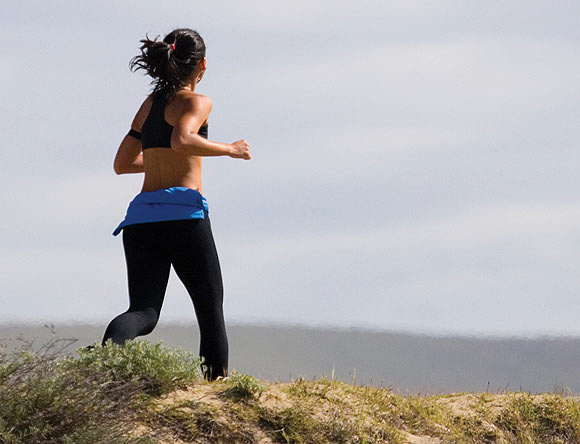 People who follow a healthy lifestyle live up to six years longer compared to those with a high risk profile, reveals a Swedish study.

This is the first study that directly provides information about differences in longevity according to several modifiable factors, said researchers.

It is well known that lifestyle factors, like being overweight, smoking and heavy drinking, predict death among elderly people. But is it uncertain whether these associations are applicable to people aged 75 years or more.

So a team of researchers based in Sweden measured the differences in survival among adults aged 75 and older, based on modifiable factors such as lifestyle behaviours, leisure activities and social networks.

The study involved just over 1,800 individuals who were followed for 18 years (1987-2005). Data on age, sex, occupation, education, lifestyle behaviours, social network and leisure activities were recorded.

During the follow-up period, 92 percent of participants died. Half of the participants lived longer than 90 years.

Survivors were more likely to be women, be highly educated, have healthy lifestyle behaviours, have a better social network, and participate in more leisure activities than non-survivors.

The results showed that smokers died one year earlier than non-smokers. Former smokers had a similar pattern of survival to never smokers, suggesting that quitting smoking in middle age reduces the effect on mortality.

Of the leisure activities, physical activity was most strongly associated with survival. The average age at death of participants who regularly swam, walked or did gymnastics was two years greater than those who did not.

Overall, the average survival of people with a low risk profile (healthy lifestyle behaviours, participation in at least one leisure activity, and a rich or moderate social network) was 5.4 years longer than those with a high risk profile (unhealthy lifestyle behaviours, no participation in leisure activities, and a limited or poor social network).

Even among those aged 85 years or older and people with chronic conditions, the average age at death was four years higher for those with a low risk profile compared with those with a high risk profile.

In summary, the associations between leisure activity, not smoking, and increased survival still existed in those aged 75 years or more, with women's lives prolonged by five years and men's by six years, the researchers said.

These associations, although attenuated, were still present among people aged 85 or more and in those with chronic conditions, they added.

"Our results suggest that encouraging favourable lifestyle behaviours even at advanced ages may enhance life expectancy, probably by reducing morbidity," they concluded.

The results have been published on bmj.com. 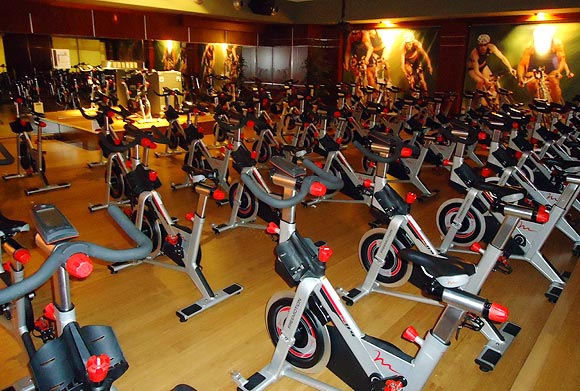 A new type of training known as CrossFit is becoming popular among people who want variety, results and a quicker workout.

CrossFit is a vigorous workout that combines weight training, aerobics and gymnastics all in one so that you become fit in every area of your game -- not just one.

The goal is to be functionally fit -- push every aspect of your body to the max so that you're healthy, strong and in shape.

Not just so you can lift a tonne of weight or run a minute mile, but so you're fit to do anything that life throws at you.

A growing number of CrossFitters can be seen working out in Reebok's snazzy line of neon Nano CrossFit shoes.

If the traditional workout is a light cup of coffee that slowly wakes you up, CrossFit is a shot of five-hour energy. It's a fast-paced, intense workout that can take less than 15 minutes a day because that quarter of an hour is going to be condensed, non-stop movement.

It may only be three or four routines, a jog and squats, but the idea is that you keep doing each one over and over through the set time.

The key to CrossFit is the intensity, but hidden in that fact is that you're inherently pushing yourself to do the most you can, through each exercise in the workout.