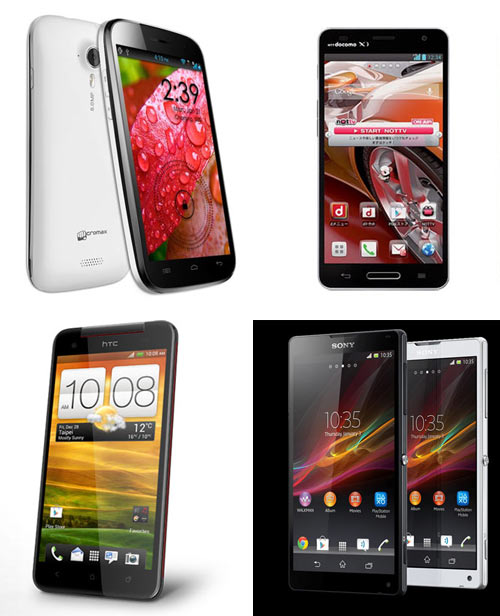 If you thought mobile phones are only getting bigger and powerful, think again. As more manufacturers get into the 5-inch mobile market, the competition will only promise to get tougher.

Mobile phones are getting more powerful and bigger with each passing day. While only Samsung was the major MNC player which tried its hands at 5-inch or bigger phones, its success inspired other companies to take the plunge.

First ones to pick the trend were low cost handset manufacturers like Micromax, and Intex. Now almost all Indian and MNC brands are getting their phablets ready to launch in India as well as rest of the world. However, these phones just do not come with 5-inch display; rather many of them will have quad core processors.

Here is a list of such phablets that are set to be launched by various players this year with quad core processors. 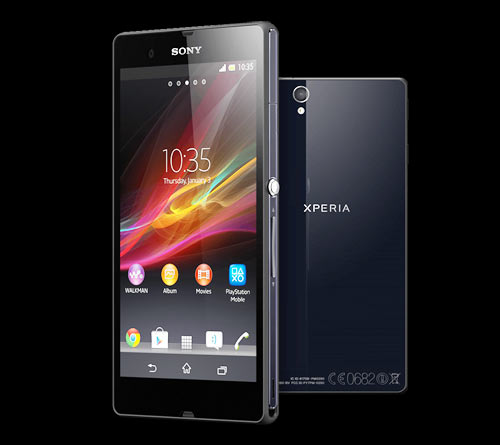 Under the chassis, the smartphone has a quad-core 1.5 GHz Qualcomm Snapdragon S4 Pro mobile processor and 2 GB RAM which is massive enough to drive the Android 4.1 Jelly Bean smoothly. Sony Mobile has also integrated the plethora of technologies such as the Walkman application for the music lovers.

At the back of the Xperia Z rests a 13 megapixel camera that carries the Exmore RS image sensor which also enables HDR videos for clear video recording as well. Needless to say that the camera would be capable enough to record full 1080p HD videos as well.

Measuring mere 7.9mm slim, the Xperia Z has been constructed using tempered glass and anti-shatter film on both the sides. This phone also offers heavy resistance to the dust with IP55 certification and resistance to water with IP67 certification. Sony touts of the new OmniBalance design that offers subtle rounded edges and smooth reflective corners.

The phone is expected to be launched in India soon but the price could be a hefty Rs 45,000. It has already been announced in South East Asian markets and is likely to hit stores in India next month. 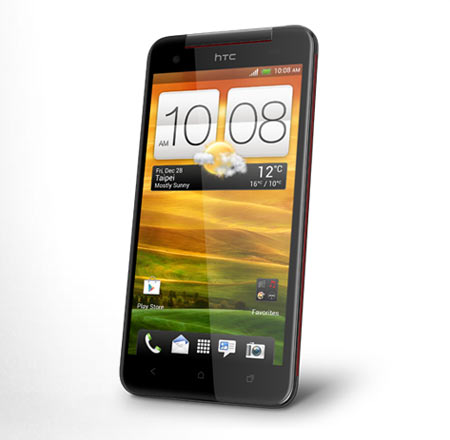 The Butterfly is the first 5-inch from HTC. It is based on Android 4.1 and has a full HD 5-inch display with a super resolution of 1920 x 1080 pixels which translates to 441 pixels per-inch, against Apple iPhone 5's 326 ppi pixel density. HTC has used the third generation Super LCD display clubbed with Corning Gorilla Glass 2 technology to create a slimmer and stronger touchscreen display in the Butterfly.

The HTC Butterfly is powered by a quad-core Qualcomm Snapdragon S4 mobile processor running at 1.5 GHz and the Adreno 320 graphics chip. To power it up, HTC has chosen Google Android 4.1 Jelly Bean operating system and the HTC Sense 4+ user interface.

The smartphone carries 2 GB of RAM (again an industry first move) for smooth performance and has 16 GB of integrated memory (11 GB is available for users though) which can be further upped by 32 GB through a micro SD card.

HTC has used an 8 megapixel camera with image stabilisation, auto focus, LED flash, and a backside illumination sensor along with HTC's own Image chip. Its 8 megapixel rear camera, which comes with f/2.0 aperture and 8mm lens, is capable of clicking great quality images even in low luminance.

The camera can also be used to record full 1080p HD videos and one can also capture 6 megapixel photos while recording a video simultaneously.

In the front, there is a 2.1 megapixel camera which is also capable of recording full 1080p videos at 30 frames per second. HTC has packed a 2020 mAh battery in this smartphone which comes with Beats audio enhancement too.

Despite all the top notch hardware the phone weighs about 140 grams and it is 9.1 mm thick only. The phone will be priced comparable to the Sony Xperia Z, and will be priced between Rs 42,000 to Rs 45,000 when it launches in India in next couple of weeks. 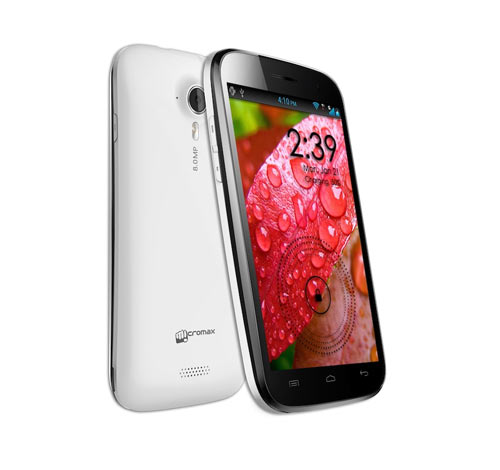 Micromax has some time back launched its 5-inch Canvas II A110 smartphone which has been very popular with users. The Indian handset maker has now announced a new 5-inch smartphone but with a Quad Core processor, called Canvas HD A116.

The Micromax Canvas HD comes with a 1.2 GHz quad core MediaTek MT6589 processor, Android 4.1 Jelly Bean operating system and 1 GB of RAM. There is 4 GB of internal storage which is expandable to up to 32 through a micro SD card.

As with all Micromax products, it will be much cheaper than comparable products from MNC brands and this one will be available for Rs 15,000 when it hits the shelves in first week of February.

However, while it does get quad core processor, we do not see it competing with products from bigger brands in terms of performance. 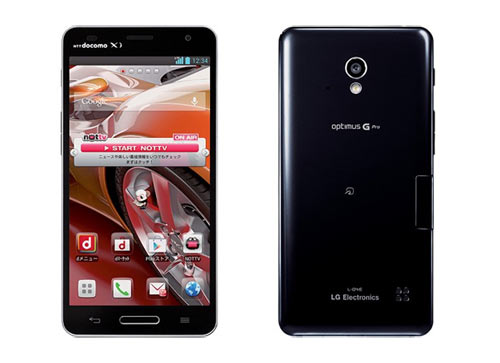 LG has announced yet another Optimus G smartphone, called the Optimus G Pro, which comes with a 5-inch full HD display (1080p).

The LG Optimus G Pro weighs 160 grams. The handset will be available in Platinum White and Indigo Black, and runs Android 4.1 Jelly Bean.

Inside the LG Optimus G Pro, there is a 1.7 GHz quad-core Snapdragon processor, 2 GB of RAM, and 32 GB of internal storage space. There's a micro SD slot for further expansion to accompany the ample internal storage. The battery is a high-capacity 3,000 mAh.

All the other goodies you'd expect are there in the Optimus G Pro including Bluetooth 4.0, infrared, NFC, and mobile wallet and also the high speed LTE.

However given the delays in launching of LG phones like Optimus G or even the Optimus Vu in Indian market, we do not see this phone coming to India very soon, at the earliest it will be available in April. 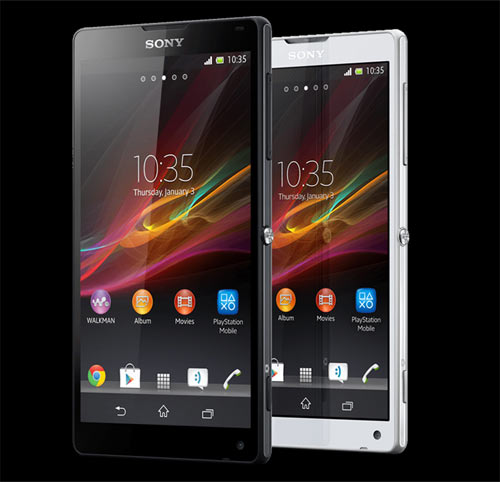 Sony has also revealed Xperia ZL along with the Xperia Z. The Xperia ZL is expected to be cheaper given that it does not get IP57-certification for dust and water resistance as the Xperia Z.

Xperia ZL will come with Snapdragon S4 Pro quad-core 1.5GHz Krait processor along with Adreno 320 graphics and 2 GB of RAM. It features a 5-inch LED-backlit 1080p display with Mobile Bravia 2 Engine as well as a 13 megapixel Exmor RS camera sensor with 1080p video recording capability and HDR option. There is a micro SD slot in the Xperia ZL as well.

The Xperia Z has a non-removable 2,330 mAh battery and a unibody design and features all possible connectivity options namely, HSPA+, LTE, Wi-Fi, GPS, Bluetooth, NFC and FM radio. It operates on the Android 4.1 Jelly Bean which flaunts the latest version of Sony's proprietary launcher skin.

The phone also sports a different design and has a thicker profile with a smaller footprint and is lighter in comparison to the Xperia Z. Also, the front camera in the Xperia ZL is placed in the bottom right corner of the front panel. It uses the same operating system, the Android 4.1 Jelly Bean same as featured in the Xperia Z.

While price has not been announced, it is expected to be about Rs 3-5,000 cheaper than the Xperia Z and is likely to arrive soon.

Some other players like Huawei, and Zopo are also likely to launch their five-inch quad core phones in Indian market by the end of February. While Indian brands like Xolo and Karbonn have said that they are working on Mediatek's latest Quad core chipset which is the same as used in Micromax Canvas HD but has not specified the screen size.