Sign in  |  Create a Rediffmail account
Rediff.com  » Getahead » Lessons from a death threat: True story of an entrepreneur

Lessons from a death threat: True story of an entrepreneur 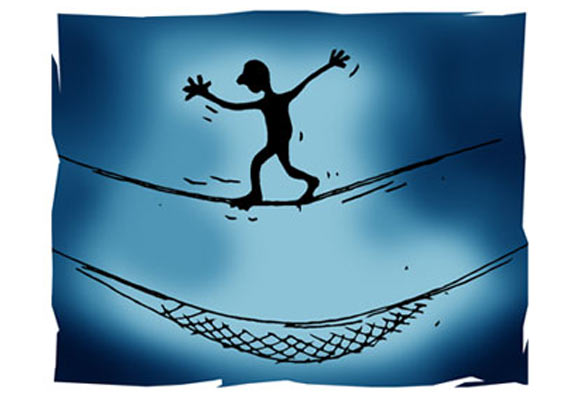 Image: Entrepreneurs often walk the right rope, more so when it comes to hiring the right people
Courtesy Yourstory.in

Pradeep Soundararajan, founder of Moolya Software Testing Private Limited shares the lessons he learnt from an ex-employee and how that changed him forever.

No start-up can afford employees who don't match the organisation's gene. My start-up Moolya is no exception.

To get people like us, our hiring cannot be traditional. It is structured in a way that we are able to spot the right talent in a crowd. Even so, hiring is a nut that you can never completely crack.

You can, of course, keep getting better at it and each time you fail you must learn from the process and move on.

It is not easy to fire! 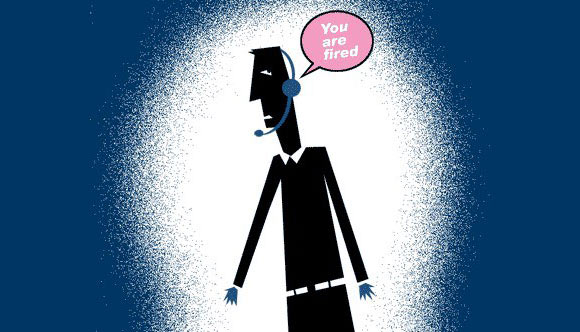 Employees often think it is easy for people like me to say 'bye bye' to them, wipe them off their job, dream, money and other things.

I am sure a lot of my fellow entrepreneurs would agree with when I say it is difficult it is to fire people from their jobs.

It is the toughest thing to do because when entrepreneurs dream of starting a company and succeeding, never in the wildest dreams do they see firing people as a way of living this life.

We always hope that our people succeeded as much as we did.

In early 2012, we hired our first batch of freshers. Prior to that we hired one fresher at a time and we were very excited with a batch full of people joining us.

So excited that I personally took the job of coaching them, thinking this would be a great way for them to learn testing and understand what Moolya wants.

I have a great reputation for coaching freshers in the past.

During the journey of coaching the batch of freshers we recruited, I recognised that some of them would take a much longer time than what Moolya can afford and there came a moment where I fired two of them, then one, then one more and then another.

There were two people left from the batch we hired -- one quit in fear and the other started to look out for a job.

We learnt a great lesson -- we learnt that we were very bad in our hiring methods for freshers.

We accepted our failure.

All of a sudden we had our office half-full and about seven computers with no one to switch it on.

I don't coach anybody although I did a great job in the past.

As a founder, I realised that I shouldn't be coaching people. Image: Entrepreneurs look for people who stand out from among the rest

We scouted a partner to help in hiring freshers and found e-litmus.

If we get great freshers we can put our company's growth similar to the trajectory of a successful rocket launch.

We have seen great success with e-litmus and we haven't had to fire people the way we did. 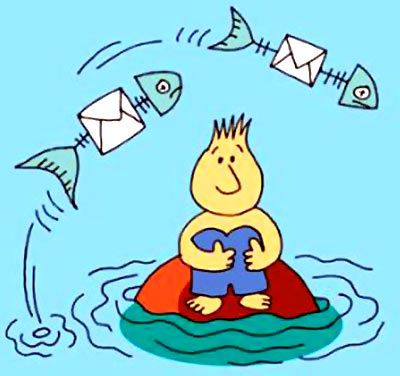 At the end of 2012 when we were declaring a successful year, I began getting anonymous messages abusing me through one of our portals.

It wasn't the first time I was getting not-so-nice words from the world because I do putt off bad people really well but this wasn't comfortable either because it was recurrent.

This happened over a week and then a bomb got dropped.

I got a comment on my blog saying I will be dead soon. I was alarmed and I shared this with my colleagues at Moolya.

For over a day, I was restless. I even tweeted about it. My followers were shocked on hearing about it.

The next day, I suspected that it could possibly be someone who knew me well because there were remarks about things that were specific to Moolya.

There was only one possibility now -- it had to be someone who worked with Moolya. However, I didn't want to suspect anybody right away.

I wasn't thinking right and I was so disturbed that my blood pressure began to shoot up.

Finding the face of Anonymous 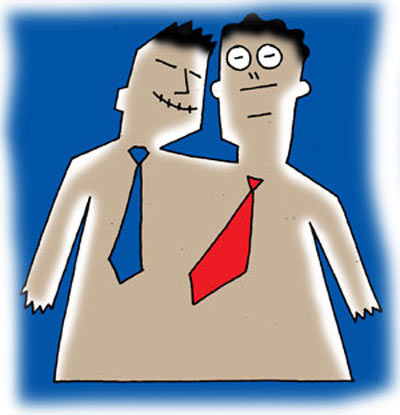 Image: Investigations revealed that an ex-employee could be behind this

I called in my colleague Santhosh Tuppad to help me in this case. I forwarded him everything I had received.

He has a hacker mindset and helps customers of Moolya find security risks and vulnerabilities. I hoped that he would find out who was threatening me.

An hour later, he returned to me with his analysis and a name, though he did not have a definitive way of concluding things -- a mark of a true investigator.

However, he did tell me how he arrived at the suspect and to me it looked like he had cracked the case. It was, as far as I could tell, one of our ex-employee. There was a pattern match!

Like every thief who leaves a clue, Santhosh found a clue the suspect left. Long ago, there was a tweet from this person with identical patterns, words and tone.

Yet one couldn't be too sure.

The only way to find out was to call him up! I looked into the records and found his number, called him up to hear that the number no longer exists.

From our records, I called his home number but no joy. I called his batch mate (whom I had fired as well) and got his new number.

The first call that didn't change my life 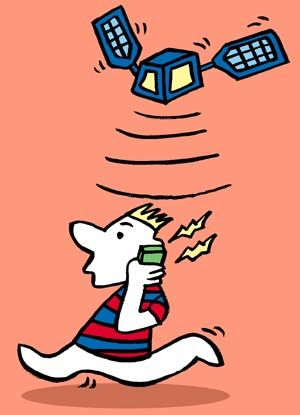 Image: Having confronted the ex-employee over the phone opened a new can of worms

I called him, he answered the call and before he could say anything, I said, "Look, I know it is you who have been posting such disturbing stuff and I am going to report this to cyber police and get you jailed soon. Stop doing it if you don't want to go to jail."

He didn't deny it was him. Instead, he blatantly acknowledged that it was indeed him and asked me to do whatever I wanted to.

I disconnected the call with a final warning. I was not one bit comfortable. I was very angry. I didn't know what to do.

Should I go to the police? Should I inform my family? Should I seek help from somebody?

I wanted to teach him a lesson. I wanted to show him, he couldn't mess with me.

That was a moment I remembered my mentors and gurus.

I have a broad variety of mentors and gurus who consult me -- for testing, for business, for excellence, for writing, for life, for speaking, for people relationships, for craziness, for creativity and for a combination of all of that.

Wise mentor to the rescue 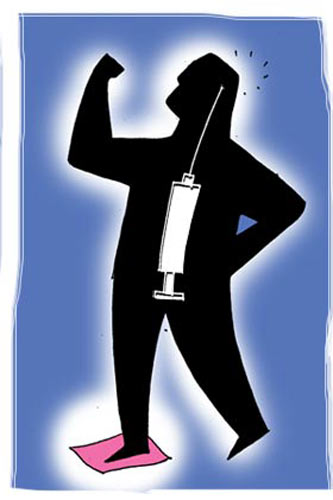 I immediately knew whom to call -- Vipul Kocher.

Vipul is a fantastic human being. He heads Indian Testing Board and I publicly oppose the ISTQB certification they sell.

He was the co-founder of a testing services company in the past and currently runs SALT -- the School of Applied Learning in Testing.

I thought he was the right person to guide me through this phase.

He heard me out and suggested that I should hear the person out and understand why he was doing it.

I was perplexed! He wanted me to hear out this guy who was threatening to kill me!

Vipul reasoned, "Often, when you allow people to vent their frustration, half your problems are solved."

I still couldn't see the reason behind Vipul's suggestions but I knew if he'd said it, there must be wisdom behind it.

Vipul added, "Please seek out for feedback and ask how you can help him." 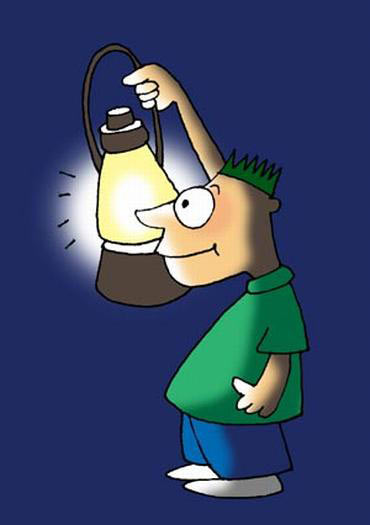 Image: All the ex-employee wanted was to make him realise his mistake

After some hesitation, I did exactly what Vipul had advised me to.

What came in return were the greatest lessons of my life as an entrepreneur.

To this date, to this moment, even as I write this sentence, I am shocked by what this guy who anonymously threatened my death taught me.

He said, "I am a son of goldsmith. We have lots of money. I don't need a job now. I don't need money. I don't need your help. However, my friend whom you fired in 25 days of joining is from a very poor family. His father is a cab driver and is old. He had been waiting for his son to get a job. You made their family dream a happy living for the first time and you took it off."

"You didn't give this guy a notice to search another job. You have no clue how his family is affected by your decision. Now their family has lost hope as this guy is unable to get another job"

I replied to him, "It is a business decision and if we start factoring in all these reasons then we can't progress in our business and help people who have come on board to grow in their lives but I acknowledge that I should have given some notice."

"I should have helped him in some way to get time to find another job. I did not do it. I apologise to you and your friend for this. Now, I have a promise to make to you -- nobody in Moolya will be fired with no notice period"

And then he gave me another shocker, "That is all. I wanted you to realise this mistake. The clues you got to call me was intentional so that you would call me. Now that you did realise your mistake, I don't have anything to do to you."

I was speechless for a couple of moments.

I then asked him if I treated people well when they were working with me and if I did behave professional in all interactions with them.

He acknowledged that I was good but he said he didn't like me doing the mistake I did. I once again apologised to him and he said "Good bye!" 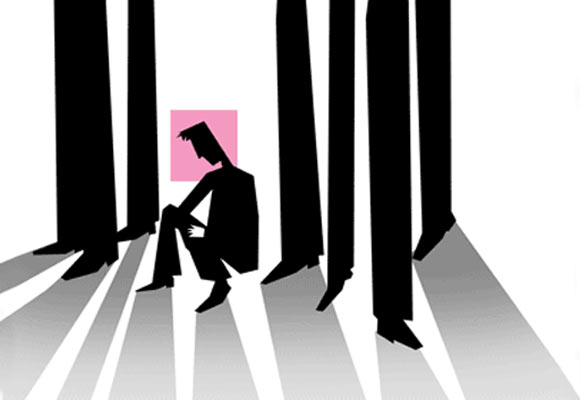 Image: The entrepreneur acknowledged his blunder of not giving adequate notice and ensuring a respectable exit for the employee

I couldn't believe what happened!

I definitely did acknowledge that I'd committed a blunder. Time had arrived to do some internal bug fixing!

The rules at Moolya changed ever since!

No firing happened like the way it was done before (with the exception if we find cases related to ethics).

If we do happen to fire somebody because they are unable to meet the company's needs, we give them sufficient time and notice to find another job and help them with a respectable exit and help them succeed in securing their next job.

We are happy to see them again and interact with them over social networks.

Thanks to the Anonymous and thanks to Vipul.

You both got a better man out of me and helped me create a better world around me.