Meet the DJ who mixes academics and music 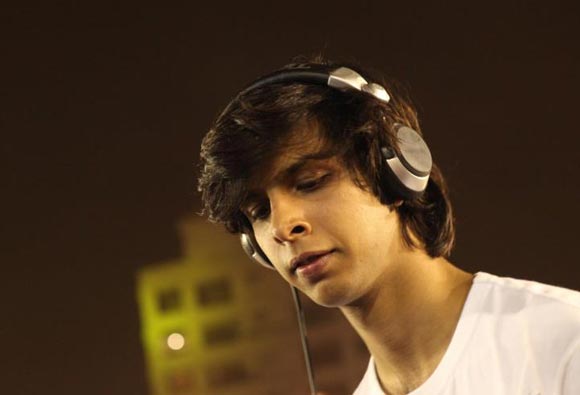 A first year student of mass media, Aarish Daruwalla talks about how he balances being both a student and a professional disc jockey.

When others his age were busy playing hide-and-seek, he was thinking about what he wanted to pursue as a career.

"I did play as well, but I used to think about my career moves as early as sixth grade," says Aarish Daruwala.

He had focused on two possibilities -- being an airline steward or a disc jockey. And even though he has come a long way from those days, 18-year-old Aarish has not lost the pointed focus.

He is an extremely successful deejay, playing gigs across the country, and still making time to pursue his Bachelor's in Mass Media (BMM) at Maharishi Dayanand College in Parel, Mumbai.

In fact, Aarish is also certain that he will move to Australia after his BMM to pursue sound engineering and eventually to become a music producer.

"I not only want to be qualified, but also good at whatever I pursue," he says. He draws his motivation to do well academically from his success as a deejay. His is a unique position, where his parents don't pressurise him to study.

"They never did. They are very supportive of my decisions. In fact, it was my father who gifted me the state-of-the-art equipment with which I started working," he says. So it is not surprising that everyone this diligent boy encounters is supportive. His teachers also provided all the support he needed, guiding him through the university rules on attendance and asking him to fulfill the same.

But what happens when work clashes with something as important as an exam?

"I have to be prepared for it in advance. Once, I had exams running non-stop, with a break only on Sunday. That very Sunday, I had to work in Daman. I left for Daman on Saturday after my exam, set up my stuff, finished the party post-midnight on Sunday, and was back in Mumbai on Monday in time for my paper at 8 am." He adds that these situations don't come up often, so he gets by.

'My philosophy is clear -- everything that comes my way, I will grab with a smile' 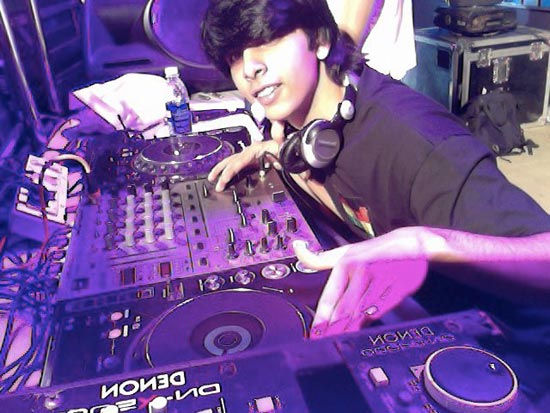 Fondly recalling his first gig a few months after he cleared his Class X board exams, Aarish goes on to reminisce about the jobs that he bagged on his own merit.

"I felt proud when, after a few months, some of my father's contacts approached me...that was the day I felt I made it big!"

He hasn't looked back since; in fact, he has a team of six people working with him and constantly strives to upgrade his equipment and be the best.

Even with a large team, there are times when he has to refuse work when clients are adamant about having him host a gig.

"It works both ways -- sometimes, I refuse a gig due to prior commitments, but I've also seen clients change their event dates to accommodate my schedule," says Aarish.

He adds, "My philosophy is clear -- everything that comes my way, I will grab with a smile...what I can't, I will let go."

This philosophy has provided him with varied experiences, from catering to smaller birthday parties and larger sangeet and wedding receptions to the ultimate New Year's Eve, where he played for over 2,000 people last year.

Among the other big events he's handled was playing for Tata Consultancy Services at the Standard Chartered Mumbai Marathon this year.

So how is it that none of this success has gone straight to his head? "That credit goes to my father," he says. "He did a great job mentoring and grounding me."

Even with the success and the ability to rise faster than one can think, Aarish is far from complacent. He keeps up with his field by reading prominent blogs and sites about the same.

According to him, his greatest strength lies in judging the crowd much faster than his contemporaries, and catering to its wants. But it's not always study in the day and work at night.

Like every other boy, he is crazy about cricket. He does, however, admit that he'd rather stay up watching a deejay concert than a cricket or football match...well, that's permissible!

With this stupendous success and more ahead of him, Aarish wants only one thing at any point of time -- "I am full of life and that's how I'd like to be!"