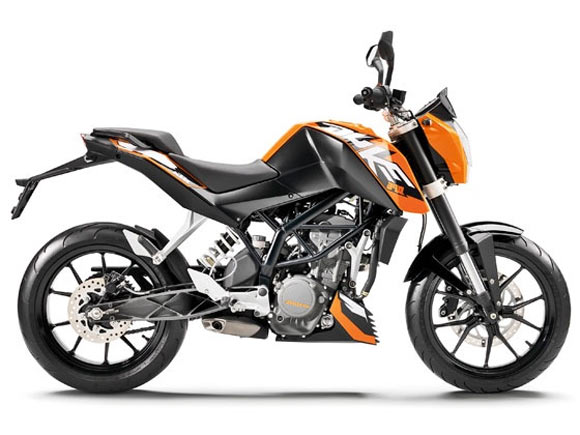 Check out the bigger cousin of the KTM-Bajaj Duke 200 that is all set to change the rules of the game.

If the KTM-Bajaj Duke 200 was anything to go by, its recently-unveiled bigger cousin -- the KTM Duke 390 -- will be quite a motorcycle. Aimed squarely at the motorcycle enthusiast, this KTM-Bajaj joint venture will combine KTM's technical prowess and Bajaj's cost-effective manufacturing and supplier base to give the Indian motorcycling enthusiast a high-performance machine, at an affordable price.

The Duke 390 is something the average buyer can save up for, and it will be quick, very well-specced and will turn current market dynamics on its head, given the specs. If priced as expected, India will never have seen a motorcycle this powerful and this loaded at even twice the asking price! It will, for the first time, penetrate the much-ignored 250-600cc market, one that holds huge potential.

KTM 200 is quite a quick motorcycle and ranks high on the fun-to-ride quotient. Now, imagine something that's just 10 kg heavier but packs in nearly twice the horsepower. 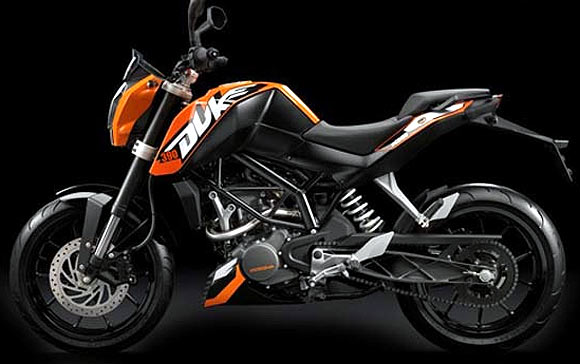 The 390's 375cc single-cylinder motor produces 43 bhp at 9500 rpm and it still weighs just 139 kg dry. Fuel it up and it will still weigh just 150 kg. With a twin-cam, four-valve configuration, Nikasil coated cylinders, forced lubrication and vertically stacked transmission shafts, it's as cutting-edge as it gets.

With such a great power to weight ratio, we expect the 390 to be one blisteringly quick motorcycle! As for the other changes, the frame has been tweaked a bit, the fuel tank can now carry half a litre more and the seat height is 10 mm lower. 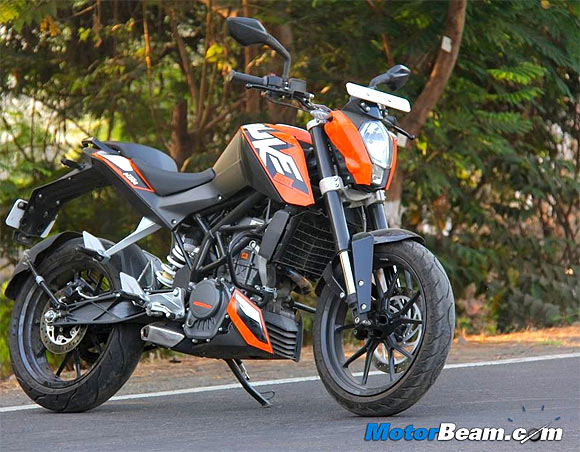 The important addition here is ABS or Anti-Lock Braking System, which is a Bosch 9M unit that helps the braking setup provide the optimal amount of braking power, so that the wheels don't lose traction.

Other than that, it's pretty much the same motorcycle as the 200, running the same suspension, brakes, tyres and bodywork. With 43mm upside-down front forks, a WP rear monoshock, a trellis frame, ByBre brakes and grippy tyres, the Duke 390 should be able to hold its own around a set of twisties.

For the European markets, the Duke 390 will run Metzeler tyres, but for the Indian sub-continent, we expect MRF to supply the tyres.

Now for the best part -- due to platform sharing and the fact that Bajaj will manufacture it in India, the Duke is expected to cost around Rs 2 to 2.25 lakh, which will make it fantastic value for money.

When the Duke 200 was launched, Bajaj-KTM shocked everyone with a lower-than-expected price tag and it could repeat that trick with the 390, placing it at a lower price point than expected.

We expect it to be launched early in 2013, so wait for this one!