The GRE topper who scored a perfect 340! 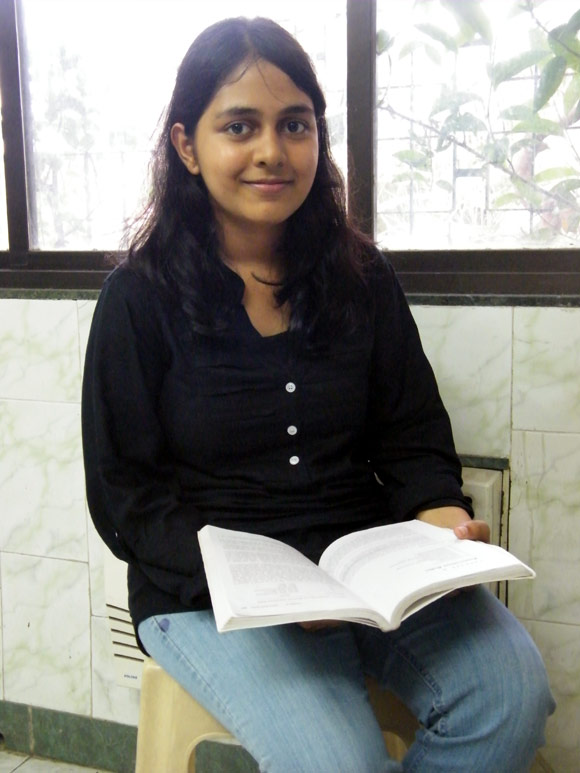 For the first time since a revised format was introduced in 2011, an Indian has topped the Graduate Record Examination with a perfect 340 out of 340 score. Mumbai's Ashwini Nene tells us how she achieved the impossible.

Ashwini Nene could not believe her eyes when she obtained her Graduate Record Examination results on March 11 this year.

The computer displayed a perfect score of 170 in both sections of the exam -- Verbal and Quantitative Reasoning -- right after she completed them.

When the 20-year-old computer science engineering student shared the news with her father Anil Nene, he asked her to contain her excitement until she received an official confirmation from ETS, the organisation that conducts the GRE worldwide.

The wait for the next ten days was an excruciating one for Nene.

"During my Class 10 boards, a lot of us couldn't score too well in English and lost out on the aggregate. Similarly, in Class 12, I did not score too well in the Common Entrance Test due to silly mistakes. Although I had expected to score over 335 in GRE, the perfect score of 340 seemed too good to be true, so I did not want to share the news with anyone until I received an official confirmation on March 21," she says.

Nene is a third year student of the Sardar Patel College of Engineering in Andheri, a Mumbai suburb, and is now preparing for the TOEFL (Test of English as a Foreign Language).

She credits part of her success to her supportive parents who 'never put any pressure' on her.

"They appreciated me for my hard work and I am glad I could return their blessings," she says, adding, "At the same time, I don't see this as a great achievement; it is just the beginning. I have a long way to go from here."

Nene hopes that the score will help her secure admission to one of the top-ranked institutions in the US when she applies in the fall semester of 2014.

For now, she and her family are enjoying the moment.

Her father has been beaming all along as she narrates the story of her GRE success. "It is a proud moment to realise that an Indian has achieved this and what doubles the joy is that a girl has done it!" he tells me.

Nene is one of the few from her college to have received an offer to intern with Microsoft at their Hyderabad office, which she will join soon after she completes her academic course.

In an interview conducted at her family home in the Mumbai suburb of Vile Parle, Ashwini talks of how failure didn't deter her from dreaming big and how time management can help achieve your goals.

'My parents gave me incredible support when I was low' 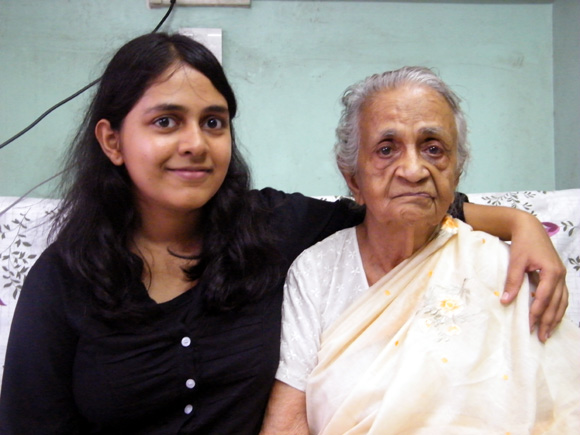 Did you believe that you could achieve the perfect score?

I always scored over 335 in my practice tests. But getting 340 out of 340 was totally unexpected! It took some time (to sink in).

You said you were hesitant about revealing your GRE score initially. Were you scared of something?

I was apprehensive, but I wasn't scared. Sometimes it happens that despite all the hard work, you don't get what you want. It has happened to me in the past, so it was only fair to expect an official confirmation before I shared the news.

How did your parents react when your scores in Class 10 and 12 did not live up to your expectations?

Both my parents gave me incredible support when I was low. When I scored over 90 per cent in my Class 12 boards and still could not get through to an engineering college of my choice, they stood by me and encouraged me to focus on getting the desired specialisation of my choice instead.

Even while appearing for the CET, when my first section did not go too well, I sought help from my father. He motivated me to concentrate on the next section. The five-minute pep talk did wonders for my next section.

You went to a coaching class for GRE. How important do you think is coaching for such an exam?

GRE is a professional test and without expert coaching it would be difficult to understand what is required of you in the exam. More importantly, you don't have a set syllabus per se.

Since GRE is a computer adaptive test and you have limited time at hand, you need to have access to the right test material and take lots of practice tests.

My training at the coaching class helped me understand the pattern and prepare accordingly.

Each time I made a mistake, a teacher would be there to guide me and ensure that I did not repeat the mistake a second time. You cannot get that professional edge when you are preparing on your own.

Do you think being an engineering student helped you achieve the perfect score?

I won't deny that engineering students perform better at calculations. At the same time, the subjects in quantitative reasoning require basic conceptual knowledge and their application.

Besides, GRE also demands that you have a good command over English. So you have to have a good balance of both language and quantitative skills.

How did you prepare for the exam? When did you start studying?

I started preparing in August 2012, first revising the concepts and understanding the question paper pattern. Initially I would spend about two to three hours a day studying, but as January approached, I focussed more on full-length practice tests, which demanded more than four hours a day. The more I practiced, the more confident I felt about taking the exam.

Which section according to you was the most difficult and why?

I found Reading Comprehension to be the most difficult, because you don't know what to expect. Initially I would not read the passages and would proceed straight to the questions. Eventually I learnt that that wasn't helping much.

For RC, you have to be prepared to understand the subject matter irrespective of your interest or liking.

'Never let failure affect how you see your future'

Image: Ashwini with her parents and grandmother
Photographs: Divya Nair/Rediff.com

Tell us about your interests outside of academics.

I love reading books -- from classics to fiction and non-fiction, we have a collection of over 2,000 books at home. I also started learning Spanish recently.

When I am not reading a book, I am either listening to music or sketching.

Could you recommend a few books to our readers?

For beginners, the self-help books by Stephen Covey can be of great help. I would recommend reading The 7 Habits of Highly Effective People. It will cultivate leadership skills in you and also tell you how you can be a successful person.

As a student of technology, I absolutely enjoyed reading the biography of Steve Jobs. His entire life is a lesson in itself. It teaches you to look beyond the obvious and make a difference through thoughtful action.

I am yet to decide on the specialisation for my MS, but I would like to pursue it from one of the top ranked institutions in the US, preferably the University of Michigan or Columbia. Cornell, the University of California, Berkeley and the Georgia Institute of Atlanta are also on my list.

Why do you want to study in the US and not in the UK or Canada?

If you look at the top-ranked colleges in the world, a considerable number of them are in America. I feel that when it comes to research, the country has the best to offer. I would like to make the most of the experience, so that I can come back and do something for my own country.

Do you have a message for parents whose children are preparing for competitive exams?

I think it is important for parents to understand what their children truly deserve and support them in the decision-making process, rather than have unreasonable expectations of them.

Your advice on how to deal with unexpected failure...

No matter how hard you try, failure is something you have to deal with on a day-to-day-level. The fun part is it never ceases to surprise you.

The law of nature demands that you fail more than once. If that failure is due to external factors, don't feel guilty about it. Even if you fail because of your own mistakes, there is nothing you can do about it, so do not dwell on them for too long.

Failure should always be seen as a thing of the past and the challenge is not to let it affect your present and future.

Do you have a message for our young readers?

Never let failure affect how you see your future. Don't underestimate your capabilities. You have the power to change things. From my own experience I can tell you that amazing things can happen to you at any moment.