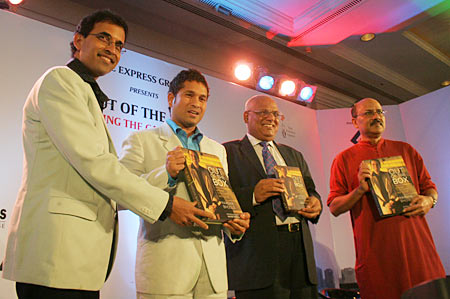 The TV anchor and cricket commentator writes about his life, struggles and the reality of learning and perseverance.

After so many years in the profession it might seem unusual to say so -- but I should never have been in television. I didn't have what it took and for a better part of my career I was defined by who I wasn't rather than by who I was! I wasn't a test cricketer, I didn't look like a suiting model (far from it!), I had no sense of fashion or colours. I wore large glasses, I had gaps in my teeth and I spoke too fast. It has been suggested that I had a face for radio and after the first programme of a new series for ESPN, the producer said (though I must admit, not at the time) that there was everything wrong with it, including the anchor.

Worse still I had no one to look up to. Live television was very young in India and Doordarshan was the only channel. I guess you could say that, as a result, I knew what not to do but didn't always know what was right. And so I had no choice but to learn by making mistakes.

I did what I thought was right and if it was wrong, I tried not to do it again. 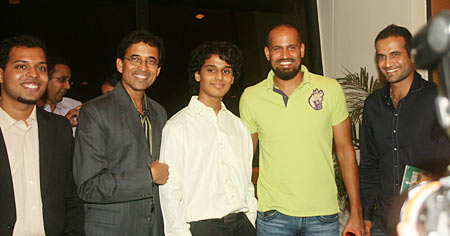 I made many mistakes. I once ended a presentation ceremony at the end of a high profile tournament halfway through because I thought the director was telling me to move on when in reality he was telling someone else. I had very little idea of how to use the ear-piece through which the presenter gets instructions from the director.

So when he said, "After this we will go to an interview" I assumed he was talking only to me and not to the crew so after that particular award had been given, I turned to camera and said "That's it from the presentation". When I turned there were a million eyes boring holes into me. I crept up to where the producer was, feeling as terrible as anyone could, and said, "Sorry Rik, I promise it will never happen again". He put me at ease but I knew I had committed a blunder. 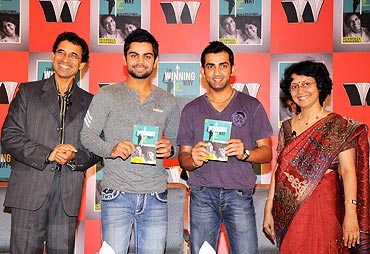 Making mistakes isn't a crime, repeating them is!

Indeed the year before that, I was first asked to present the telecast and I said, "Yes", without having a clue about what it meant. So before leaving for Chennai, my wife and I went to buy a couple of jackets. We only knew one store so we went to the Raymond shop and as it turned out they only had double breasted jackets so those were what we bought!

One of those was a black and white striped jacket, the kind you should never wear on television because the picture jitters.

But I learnt one thing about mistakes and about failure. It is not a crime to commit them, but it is criminal not to learn from them and ensure they are not repeated. If you make one mistake it tends to be pardoned but if you keep making it, no one is interested in you anymore. 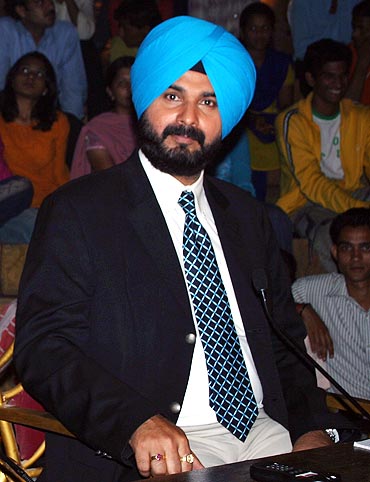 Look, failure is a necessity

And you know, little failures are like potholes on a road. After a while you know where not to drive. Also, you learn what not to do and it was thus that I learnt what I did about television. So if you fail, don't think it is the end of the world. Ask yourself why you failed and promise yourself that you will never do it again. You will actually emerge tougher.

In a programme my wife and I did some years ago, an Australian sports psychologist told us that when they put together elite squadrons in Australia, they don't pick you if you've never failed because if you have never been face-to-face with failure you may not know what to do when confronted by it.

If, however, you have looked failure in the eye, vanquished it and returned stronger, you are considered a better candidate.

The one thing we should all try to do in life is to convert a problem into an advantage, into an opportunity. Because I didn't have much to start with, I tried much harder than anyone else, I was never afraid of learning. I learnt to be professional from the cameramen and the editors on the crew, I learnt what colours are good for television from Navjot Sidhu, I learnt how to knot a tie from my friend whose camera I had to look into, I learnt how to iron a jacket from someone else.

Unfortunately in India we condemn failure too strongly, we attach a social status to it and clothe failures with a stigma. Stay away from such people or better still, try harder to prove them wrong. Failure can sometimes drive you towards getting even better than you would have if you hadn't failed. 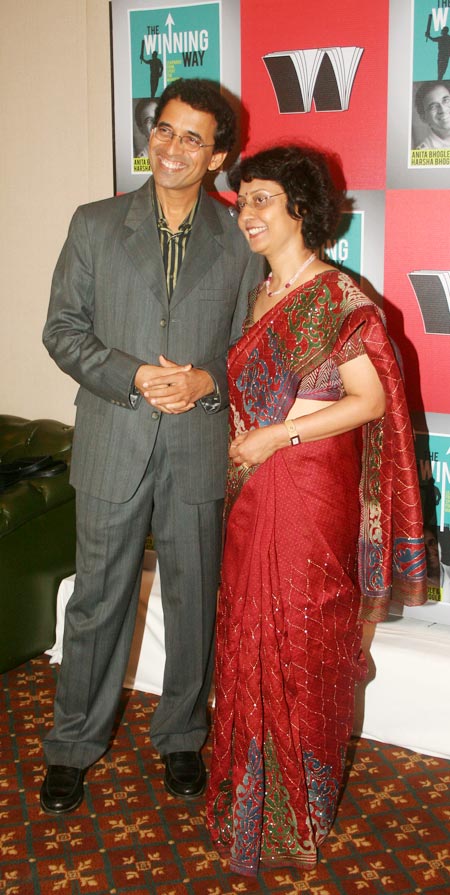 We fail when we fear failure

But remember, failure can be a friend only if you learn from it and never repeat it. There are hundreds of stories around you of what the human spirit can do. Failure is not an enemy, failure is not fatal so don't fear it because the more you fear it, the more you attract it.

I found that the day I stopped being afraid of failing, I grew much more relaxed. I told myself, 'what is the worst thing that will happen?'. I would have had to apologise on air, in front of all those viewers but I would only be apologising for a mistake, I wouldn't be committing a crime.

Very often we fail because we are afraid of failing, because we fear the aftermath of failure. I didn't do well at all in my first term at IIM Ahmedabad because I spent more time fearing a D or an F than actually studying -- which would have saved me in the first place. So relax, if you fear failure, it will encircle you.

If failure, if mistakes, could ruin people, then I would never be in television.