By B S Prakash
Last updated on: January 07, 2011 12:49 IST
The five most famous associations with the word 'Brazil' in no particular order are: Football, Carnival, Beaches, Samba, and Models, says B S Prakash. Illustration: Uttam Ghosh 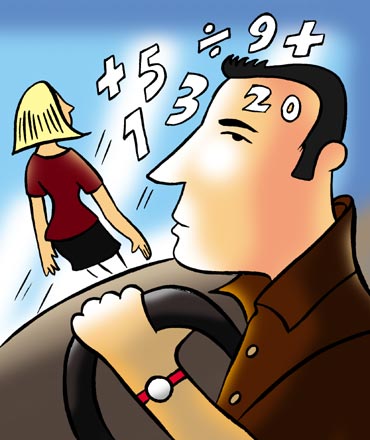 Imagine this scene and while you do so, please try to suspend your moral judgment for a while.

The final bell has rung at a girls' high school and the high spirited girls are pouring out. Some are in a rush to get home and are virtually sprinting; others are lazy and chat with their friends as they walk back languorously.

Outside the school and under a tree, a car is parked and a man in his mid-forties is gazing at them with studious rigour. Sometimes he uses a binocular, if he spots a particularly attractive girl. He has a small notebook in his hand and is making some notes too as the girls walk home. He is now getting out of the car and is proceeding towards one of the girls.

OK. Now what do you feel? Revulsion? Indignation?

Is this about pedophiles, or illegal trafficking or plain road Romeos?

What if I told you that he is merely doing his job, an acceptable routine in beauty spotting or more accurately in 'model' choosing in a locale near a town called Florianopolis in the southern corner of Brazil. Suppress your sense of outrage for a moment and I will explain the phenomenon.


There are many strange jobs in the world. Not too long ago, there were 'wagon chasers' in India, an unenviable profession where they tried to locate a particular railway wagon full of goods which could be lying in a yard at Jammu or Jhansi, depending on the fortunes of the customer who was expecting the cargo, the karma of that particular wagon and the inexplicable laws that governed the goods movement across the country.

Computerisation of freight movement may have made the job obsolete. In Germany, I encountered 'coffee tasters' with the expertise of the nose, the tongue and the 'slurp' to get such a right mixture of Arabica and Robusta to not only suit a particular European palate but also the purse.

California has a 'dog whisperer' who cannot only train a dog not to bark ever, but train you to virtually talk to a dog and make it purr like a cat. And so on.

So come to think of it, a 'model spotter' to scrutinise teenagers and plot their career graph is not all that strange. But why Brazil and that too why in that particular corner of Brazil.

Reflecting on that question, my mind recalls a poem by Tennyson.

For Tennyson, to know the flower fully and let me emphasise the word fully is to know the whole universe, starting first with the biology of the roots to the geology of the crannies. Similarly but at a more physical or lesser metaphysical level, to know what the man is doing in that corner of Brazil is to know everything about Brazil, its colonial past, its diverse ethnicity, its people and their potential.

But let us start with the present. Your daughters or nieces, if they are the type who look at fashion magazines, will tell you that some of the most famous and super-rich models today are from Brazil.

Gisele Bundchen is one of the most famous, and is perhaps the 'Pele' of models, if football is what is most familiar to you regarding Brazil. There are others: Adriana Lima and Camille Finn earn millions.

The five most famous associations with the word 'Brazil' in no particular order are: Football, Carnival, Beaches, Samba, and Models.

What accounts for this propensity of physical attractiveness in Brazil?

I must, first, however deal with the predictable point that 'beauty is in the eyes of the beholder', and that there are no universal notions of what is beautiful. Also the more exalted idea that beauty is not merely physical but something that resides within. All this is perfectly true, but try telling this to Ralph Lauren or Calvin Klein or to our own Rohit Bal or Ritu Beri.

No, we are not trying to understand beauty in its true sense, whatever it is, but beauty as relevant to the world of clothes and accessories, to the world of designers and models.

In that world, to be classified as a beauty means some essential attributes. First of all, height, inches and inches of height. It is an attribute that models and basketball players share. Next is weight or rather its absence. Waif-like, slender or willowy are the terms that come to mind or its medical consequences, anorexia, bulimia and such other characteristics of an inability to eat.

Then the accessories like: High cheek bones, long eye lashes, straight hair or whatever, I am not an expert. But in short, the world of fashion models looks up to locate a particular form of beauty, to hang the clothes on.

This is not beauty, you protest, as we know it. Not as in Raja Ravi Verma's paintings or even in the Kingfisher calendar. True. In fact, a famished, emaciated, half-dead look seems to be the key to success in the modeling world. I don't know why, but I do know that these features have propelled a number of Brazilian models to global stardom.

As I said earlier, complex historical and sociological forces have made Brazil, the natural habitat of this form of human biology. How? Here we go into the roots and the crannies that holds the flower in Tennyson's poem or to put it differently, the genetic foundations of modern Brazil.

It is estimated that when the Portuguese landed in Brazil in 1500, the native American-Indian population was in the range of only two million in a land two-and-a-half times the size of India. Brazil had an abundance of rubber, gold, sugar and coffee in the centuries since then and has been a country of waves of immigration.

Another extraordinary feature is that people of different ethnicities from Africa and diverse parts of Europe -- not only Portugal but Germany, Italy, Spain, Poland, Russia etc, and Japan too have slowly become completely Brazilian, all speaking only Portuguese and loving football. Marriages across ethnicities, particularly European have been seen for over a century. The resultant genetic pool is rich and eclectic.

This can produce startling results. Brazilians are familiar with stories of twins born to the same parents, one with what we in India call 'wheatish complexion', and the other with black skin colour. The range of eye colour, skin, facial features and hair type is a wide spectrum and there is no such thing as an average Brazilian look.

In the extreme south of Brazil, where the high school that we started with is located, these factors result in looks that befit models. The immigrants in the early 1900s in these parts of Brazil were from Germany, Italy, Poland or Slovenia.

Tall frames, blond hair, blue eyes, high cheek bones -- some of them inherit an explosive mix of attractive features. They may come from modest backgrounds and farming families, but spotted early they can be trained and transformed into 'super models'. Hence the search outside the school.

Do you still feel uneasy about the practice? How about talent scouts similarly loitering near football grounds to discover the next Ronaldinho or Kaka?

B S Prakash is India's Ambassador to Brazil and can be reached at ambassador@indinaembassy.org.br 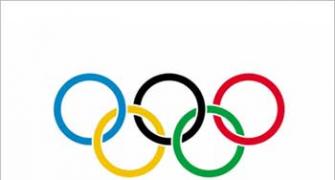 Join the party in Rio! 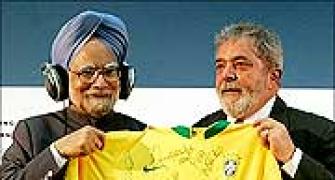 In Brazil the ball is the world 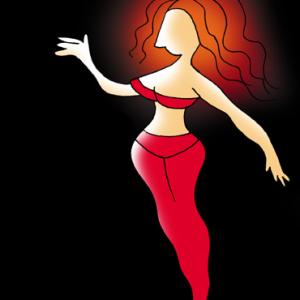 Dancing alone at the carnival