The Bollywood star put seasoned models to shame with her chutzpah as she strode the ramp for Ralph & Russo.

Looking like a million dollars, Sonam Kapoor walked the ramp as a showstopper.

Impeccable style. Confidence and poise. Our gal's got it all covered! Hold your breath. Sonam Kapoor is here.
The Neerja star was dressed in the most dramatic wedding gown ever, which was a fusion between the old and the new, contemporary fashion and something traditional.
Do scroll down to see a full-length pic of the outfit.
All photographs: Charles Platiau/Reuters 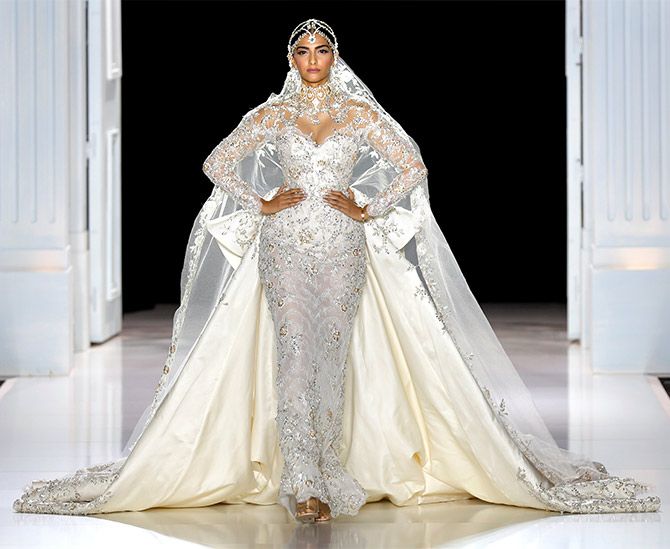 Sonam was dressed in a gorgeous, figure-hugging white bridal gown from Ralph & Russo's Autumn Winter collection.
She finished off the look with a matching train and a lovely veil.
Sonam also gave her look an Indian twist with a bejeweled maang-tikka. The actor closed the show for the designers and the minute she stepped out, almost everyone in the audience reached out for their phones.
Sonam is probably the only Indian actor to walk this ramp. 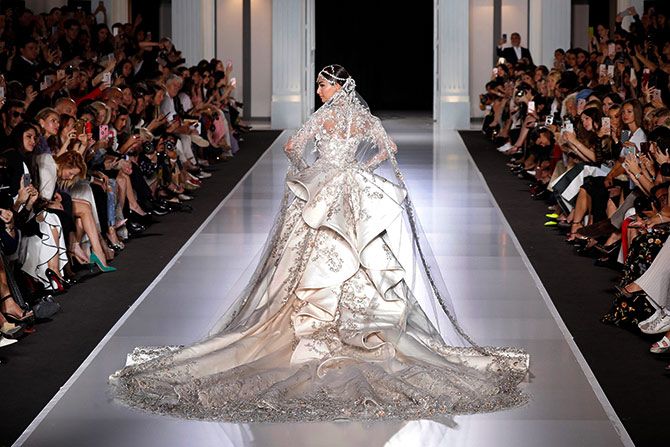 The stunning gown was embellished with crystals and featured a dramatic train.
With Sonam walking down the ramp, the designers made sure that they ended their show with a bang.
These are the same designers behind Aishwarya Bachchan Rai's fairy tale worthy red off-shoulder gown at Cannes this year.

Presenting the other ensembles from the collection: 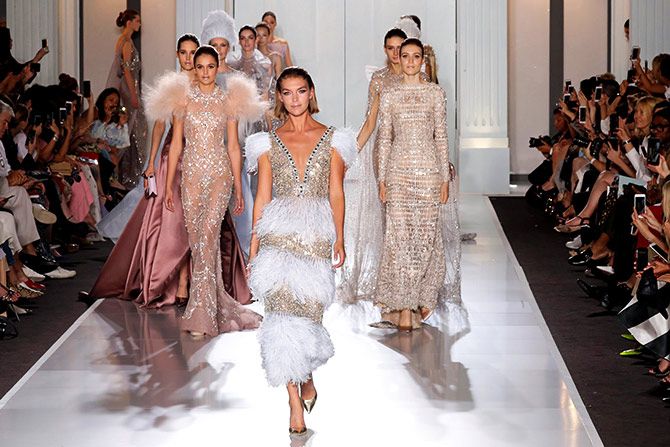 Models including Arizona Muse, centre, show off the diversity of the collection. The focus of the show was to capture contemporary female beauty through fashion. 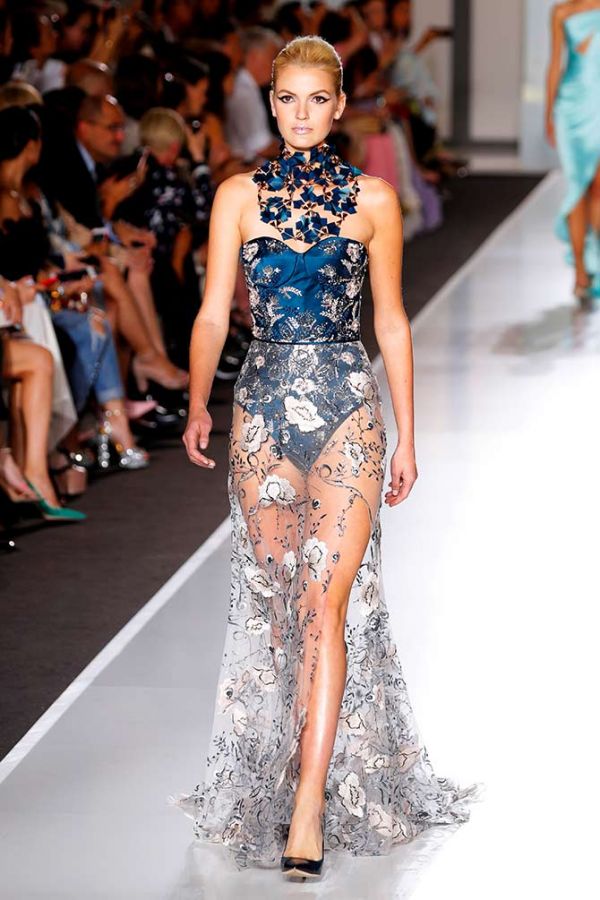 A model walks down the ramp in a blue body suit with a sheer skirt. The highlight of the show were the dramatic gowns with exaggerated sleeves like this one. 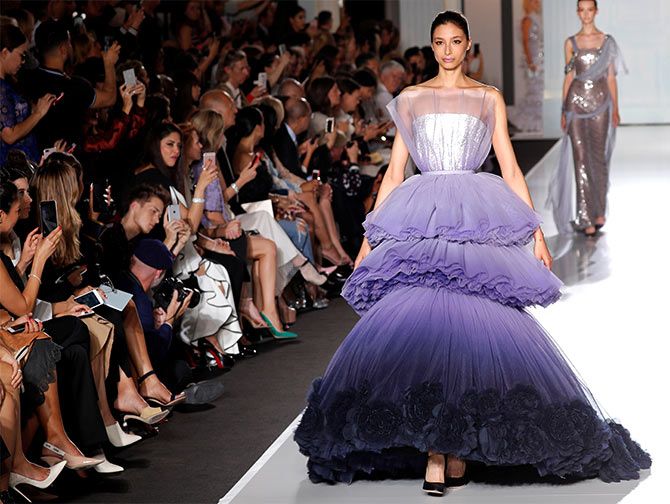 'Wow' slipped our lips the minute we saw this outfit. 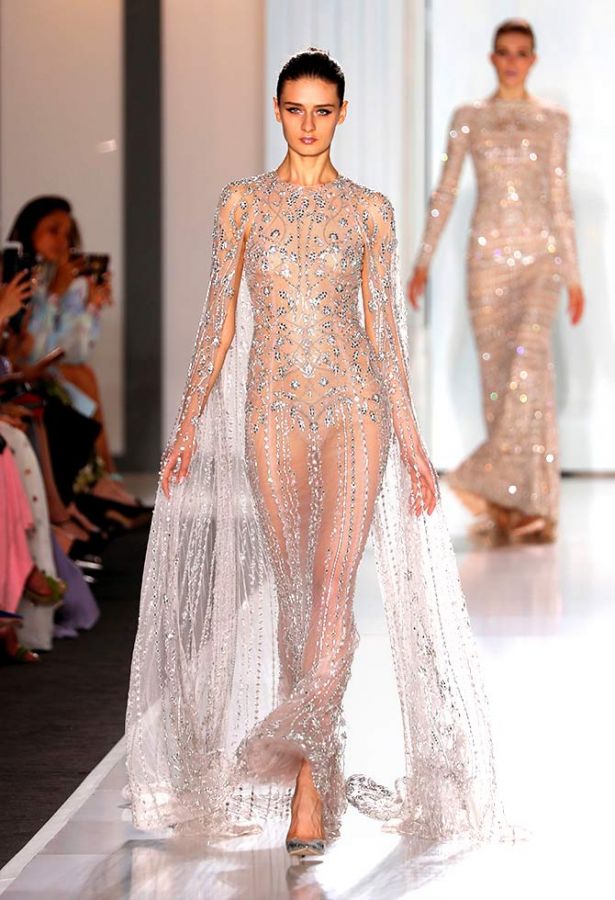 Check out this full-length dress in sheer embellished with crystals. 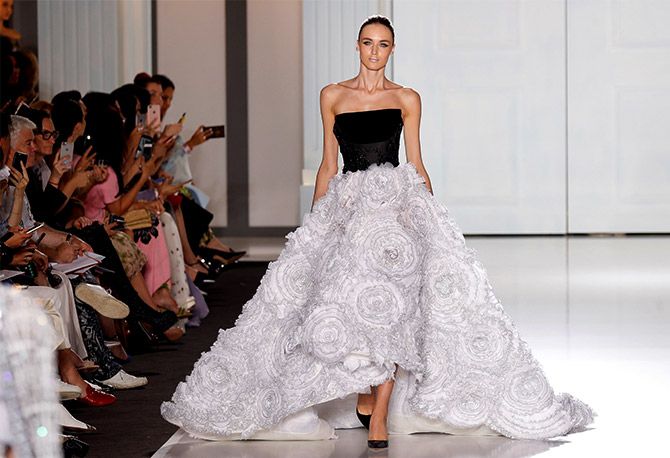 The designer's latest collection was an ode to dramatic gowns and elaborate head gears.
Roses and tassels, metallic gold heels, tulle and feathers, the collection had it all. 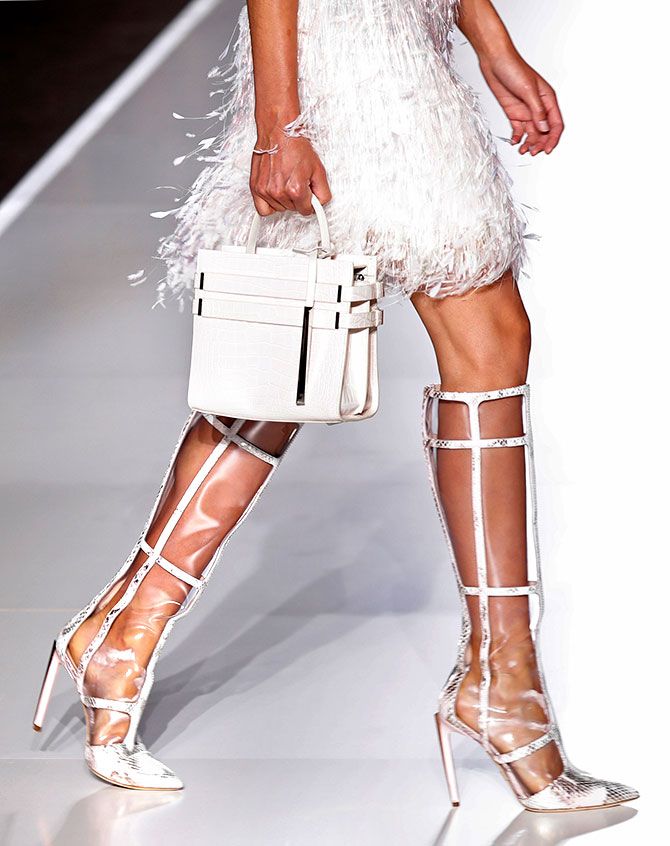 This show will create new trends with its out-of-the-box styles. 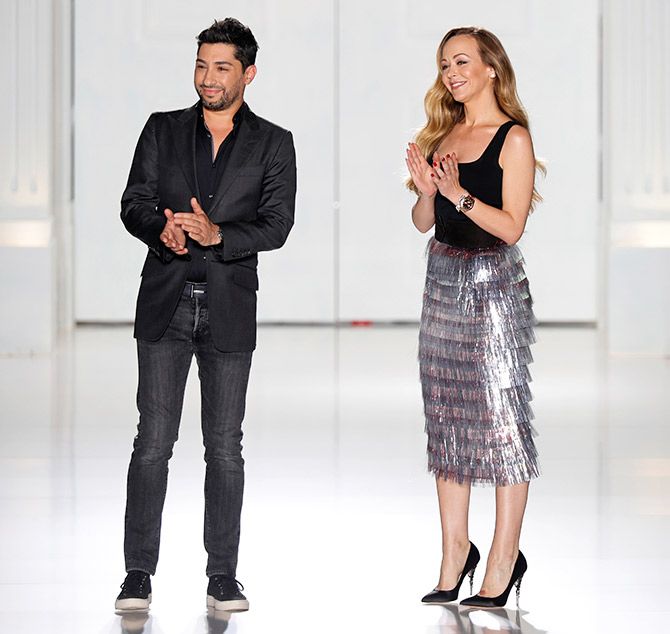 Designers Michael Russo and Tamara Ralph on stage at the end of the show. 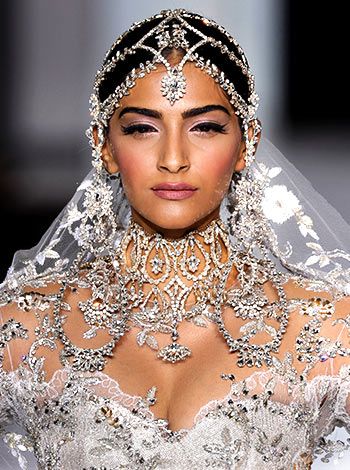 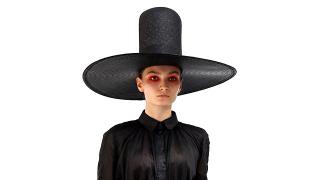 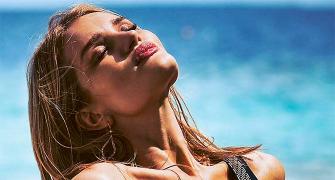 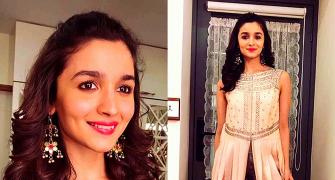 StyleDiaries: Pooja looks pleased as a punch in peach 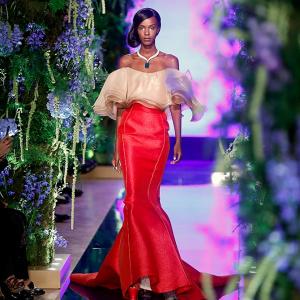 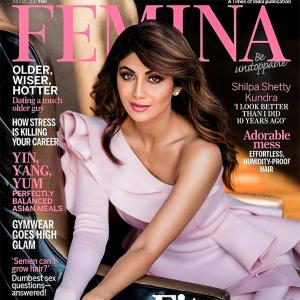