Ajit Mishra, Vice President, Research, Religare Broking, will answer Your Questions on the stock markets on a weekly basis.

Please mail your questions to getahead@rediff.co.in with the subject line 'Stock Market Query' along with your name and Ajit will offer his unbiased views.

Meanwhile, this is Ajit's advice on trading on the stock markets this week:

The Indian markets tried to recover some of its losses in the first half of last week.

This was led by supportive global cues, subdued inflation and IIP data which raised hopes amongst market participants of another rate cut by the RBI.

However, the latter half of the week witnessed heightened selling pressure, led by weak domestic sentiments.

The widening of monsoon deficit, ongoing economic slowdown and premium valuations of Indian markets led to the correction.

The broader markets underperformed the benchmark and amongst sector indices, auto was the top loser; down ~6% during the week.

The quarterly results announced so far have been mixed given the headwinds faced in their respective sectors with the ongoing economic slowdown and currency appreciation.

Infosys outperformed the IT pack with strong results and raised guidance for the rest of the year. The other IT giant, TCS reported in-line numbers.

HDFC AMC also delivered a strong set of results for Q1FY20 with strong growth in profitability and healthy growth in AUM.

On the flip side, Wipro results disappointed with muted guidance going forward.

Amongst other results, Yes Bank results yet again disappointed with the sharp rise in NPA levels, higher provisions and lower-than-expected NII growth.

In the midcap space, Mindtree and Bajaj Consumer also reported a subdued set of results in Q1FY20.

The earnings season would gain pace and prominent names like ACC, HUL, Zee, Kotak Mahindra Bank, Asian Paints, Bajaj Finance and Bajaj Finserv will announce their numbers during the week along with several others.

A total of 250 companies will announce their quarterly results this week. This is likely to induce more volatility into the markets.

Further, given the late onset of the monsoon, the progress would be actively tracked by investors as it plays a crucial role in the Indian economy.

Market participants would also take cues from the global markets which have gained momentum after easing trade tensions between the US and China.

Additionally, crude prices would be an important factor to watch out for traders/investors as rising geopolitical tensions between the US and Iran and a storm in Mexico has led to a decent run-up in the past two weeks.

These factors would be crucial in determining the trend for the markets over the next 1-2 weeks.

The markets have been largely driven by few large cap stocks with continuous underperformance by midcap and small cap space.

We believe that the current trend will continue until there is a meaningful revival in mid and small cap space earnings.

Markets were already in a bad shape due to continuous underperformance of the broader indices and correction in the benchmark indices has turned participants more cautious.

We suggest continuing with 'sell on rise' approach in the index until the Nifty holds below 11,700.

We are seeing a mixed trend on the sectoral front, thus advise keeping stock-specific trading approach and focusing more on risk management aspects. 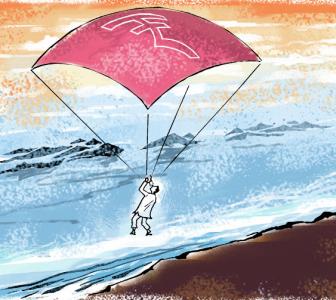