Now you can take a vegan vacation

Food is one of the biggest incentives for travellers to start a vegan tour. 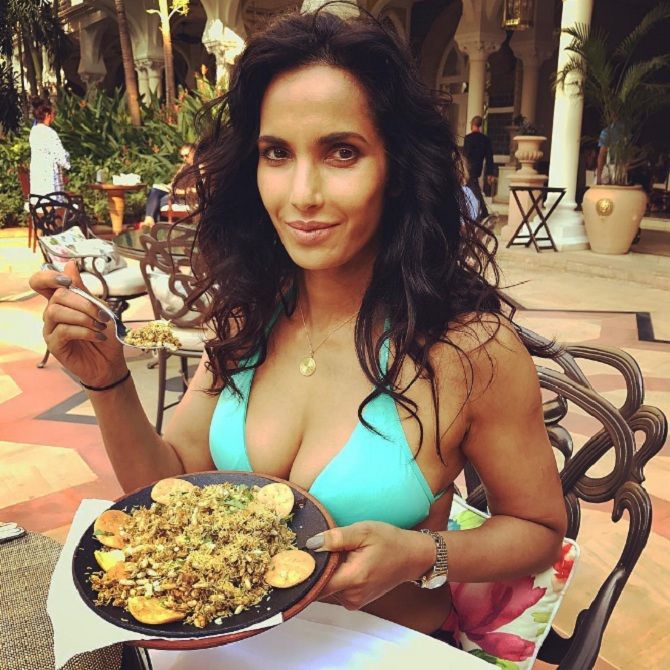 Sometimes, vegetarians and vegans can struggle to find decent food while staying in a hotel that also has non-vegetarian food items.

Fret not! Many tour operators are there to help you, especially if you are a vegan.

Travel firm VegVoyages was launched in 2004, offering three trips in one country.

The firm, which specialises in vegan adventure tours in Asia, now runs up to 23 trips a year in five different countries in 2018.

Based in Texas in the United States, it is one of several operators across the world catering to the growing market of ethical tourists, who are seeking to experience different cultures without harming animals, exploiting people or destroying the environment, The Forbes reported.

One unique thing about vegetarian and vegan vacations is the sustainability and responsible living while enjoying vegan foods served in some hotels exclusively for such tourists.

'There's definitely been an increase in the demand for vegan travel.

'More people around the world are warming up to vegan ideas, concepts and benefits who were previously put off by the mere mention of the word 'vegan', much less considering it as a full-time or part-time diet in their daily life,' said VegVoyages co-founder, Zac Lovas.

'This directly fuels vegan travel whether it's more vegans searching for vegan travel options or more non-vegans not fearing to be on a tour with vegans and eating vegan meals for one or two weeks at a time,' Lovas added.

Lovas stated that food is one of the biggest incentives for travellers to start a vegan tour.

'People don't want to go to a country and be able to only eat side dishes and salads, or be stuck eating the same thing that they eat back home.

'One of the benefits of travelling on a vegan trip is to be able to enjoy eating what the locals eat and not having to worry about whether or not it's 100 per cent vegan.

'You can still get a glimpse into the local culture and history through the community's cuisine on a vegan adventure,' he explained.

Popular destinations for vegan tourists include -- India, Bali and Sumatra in Indonesia and Laos.

The age range of tourists varies from 18 to 80 years and include both single and couples from all walks of life.

Owing to the increasing demand, Lovas's travel firm has increased its group size from just eight people to 18.

According to Lovas, during the first seven years of running the company, most people identified themselves as 'vegetarian'. But, many others consider themselves as vegan nowadays.

Approximately 75 per cent of the tourists are vegan, while 25 per cent are non-vegan, the latter typically comprising of friends or spouses of vegans, or those who are health-conscious.

The company's repeat customer base is between 70 to 80 per cent respectively.

In 2010, it ran the first of its annual Vegano Italiano trips to Italy. These trips became so popular that the company launched Vegan Travel Club soon.

In 2016, in collaboration with veteran eco-vegan travel agency Green Earth Travel, the company added new destinations to its 2017 calendar.

The new destinations included Peru, Dominican Republic and Puerto Rico. The tours feature a range of activities, such as celebrity vegan speakers, plant-based cooking demonstrations, and visits to wineries and heritage sites.

'Because we have a lot of repeat business we try to develop different tours every year.

'Some, like Italy and Ireland, we continue to do every year, and others, like San Francisco or Peru, are a one-time deal.

'Some of our choices are based on prices and some places become more favourable because airfares go down or money exchanges are to our advantage. Locations also come in and out of favour,' said Vegan Travel Club co-founder Gretchen Sheridan.

'Right now, Ireland and Scotland have become very popular due to a lot of movies and hit TV shows being filmed there.

'Berlin, Rome and Barcelona are also big attractions because of the sheer number of vegan eateries there,' Sheridan added.

Having experience in working in the travel industry for the last 30 years, she said that people have been enquiring on vegan vacations and adventure trips, along with a large demand for vegan festivals, culinary tours and health conference tours on cruises.

Vegan vacations are not only confined to land-based tours. A first plant-based cruise was recently announced by Australia.

In 2017, the world's first all-vegan cruise took place from London to Norway, carrying 1,881 guests from 34 countries.

This was organised by German company Vegan Travel, which specialises in river and ocean cruises.

'A lot of my clients used to be the honeymoon couple where one was vegan and the other wasn't, or the one child in the family was the vegan.

'Now it's the couple where both are vegan or the whole family's vegan,' Zeigfinger added.

'When it comes to accommodation, hotels must consider more than just food.

'Hotels need to be accommodating when it comes to things like bedding.

'Most nowadays will provide allergy-free bedding, so that means no feather pillows or wool blankets.

'Most of the tour operators these days now have a better understanding of what a vegan is and will go out of their way to accommodate people. If not, we don't use them again,' she explained.

Managing director Dirk Bocklage has come up with the idea of hosting murder mystery dinners and theatre events and performed on cruise ships.

One of the newest players in the vegan vacation market is CPG Vegan Trips, a travel firm which allows tourists to spend some time with animals without causing them any harm.

Founded by the renowned animal advocate and author Colleen Patrick-Goudreau, it hosted its first wildlife trip for 22 people to Thailand in October last year.

The company plans to launch more such trips this year, with North Vietnam and the Alsace region of France being on the agenda.

It has also recently sold out its first trip in 2019 in just two days to Rwanda in Africa. 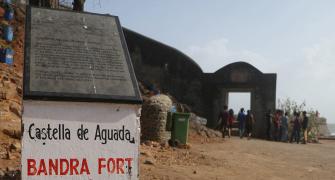 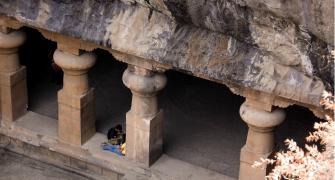 In pix: The pristine beauty of India's natural landscape 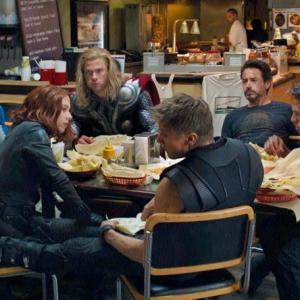 Want to holiday with the Avengers? 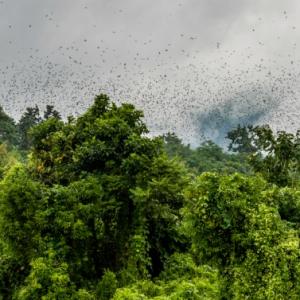 You will never guess what this great natural spectacle is!