Amur falcons are among the strongest fliers in the avian world, migrating over 5,600 km from their breeding ranges in Mongolia and North Korea to southern Africa and back, every year.

Geetanjali Krishna witnesses them on their passage through India. The bamboo watchtower overlooking the Doyang reservoir was bathed in the evening light. All we could hear was the constant chirruping of some distant birds. But we couldn't really see any.

Then, we realised that the grey cast of the sky wasn't what it seemed.

Although we'd heard accounts and seen videos of the magical phenomenon we were about to witness, nothing quite prepares you for that first sight of tens of thousands of Amur falcons as they swoop in from the sky to roost in the forests of Pangti in Nagaland's Wokha district.

The birds soared lazily on air thermals, clouding the sky in endless black spirals. Finally, they descended low enough to come into focus as I looked through my binoculars.

Small for falcons, these grey raptors with orange underparts seemed unremarkable at first glance. However, Amur falcons are among the strongest fliers in the avian world, migrating over 5,600 km from their breeding ranges in Mongolia, northeast China and North Korea to their wintering grounds in southern Africa and back, every year.

This makes their annual exodus one of the longest overseas migrations amongst birds of prey.

We were so riveted by their spectacle that the sunset at about 5 pm came as a surprise.

The falcons soared in long, lazy circles before finally descending upon the trees behind the watchtower to roost for the night. Their activity suddenly ceased, and we walked back to the banks of the reservoir where our car was parked.

Our local guide, Yentsao Odyuo, told us that he had grown up watching this magnificent spectacle year after year. "Their population peaks at a couple of hundred thousand," he said. "Then, by December, they leave, only to return the following year." 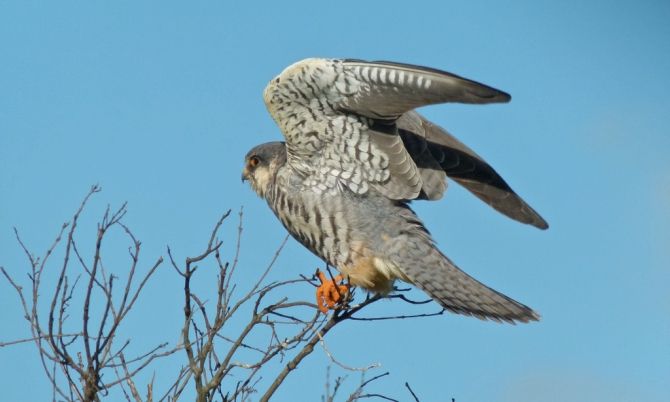 It's an enduring mystery why the Amur falcons come year after year to Wokha from end of October until December. How do they navigate their way across Asia to reach Nagaland when even humans have a hard time getting to this remote border state?

The behaviour of Amur falcons hasn't been comprehensively studied by ornithologists, but some years ago, researchers tagged three individuals to study their migration habit.

One of the falcons, nicknamed 'Naga', flew non-stop for five days and 10 hours from Pangti to its wintering grounds in Somalia. In comparison, commercial aircraft can only fly non-stop for about 17.5 hours.

After a night in a comfortable homestay in Pangti (several villagers here offer room and board to visitors), we set off before dawn to watch the falcons take off from their roosts.

It was a windy morning and to our disappointment, when we reached the watchtower, most of the birds had already flown off.

Instead, we decided to traipse through the forest up to the miles-long electricity wires from the hydroelectric project nearby, where thousands  of falcons could be found basking in the sun.

The forest undergrowth was behaving rather strangely, I realised. As we walked through it, we were leaving wakes of shrinking foliage on either side. With a start I realised that we were in a forest of touch-me-nots, shrinking away as they came in contact with blundering human feet. Odyuo told us that till 2013, locals massacred the falcons commercially, but thanks to the efforts of the village councils and the NGO Nagaland Wildlife and Biodiversity Conservation Trust, the killings have now almost stopped.

Some local boys, like Odyuo, have become guides. "But I still remember the taste of its meat, smoked over family hearth," Odyuo reminisced.

We spent the day in that magical forest, playing with the touch-me-nots and watching the Amur falcons lined atop the electricity wires, as far as the eye could see. We weren't, as the crow (or falcon) flies, far from Kaziranga, and I mused that visitors to the National Park could easily visit this region to see one of the most splendid avian spectacles in India.

The lack of viable roads was a huge deterrent to tourism, I mused the next day while experiencing what locals call "free spinal realignment" on the non-existent road to Wokha.

A flock of Amur falcons out on a hunt escorted us for a distance.

"Before you know it, they'll be gone again," said Odyuo. "And these hills will be silent once more." 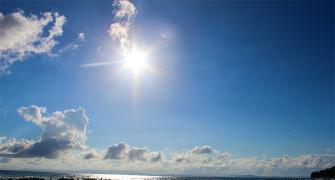 #Wanderlust! This is the highest point in Andaman 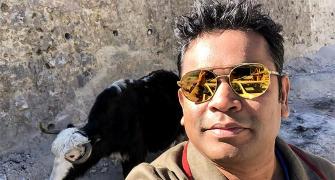 There is no road to the gateway of the Peruvian Amazon A group of school friends, a 2,000 km drive to the China border