There are times when the last touch is a goal.
A game isn't over until the final whistle blows, says Pratik Gour, co-founder and head of business development at Footprynt, an influencer marketing agency. As a child growing up in the late '80s and early '90s, my heroes came exclusively from the world of sports.

And in a time before Marvel's many heroes dominated both the box office and the public's imagination, I wasn't alone in my reverence for the great athletes of the day.

Every child of my generation had a hero to call their own. The only difference was the game they played.

For some, cricket was the only sport worthy of consideration.

After all, we had a front-row seat to witness the birth of a legend -- Sachin Tendulkar -- whose incredible talent was apparent from his very first match.

Those drawn to the rhythm and flow of tennis found worthy idols in Leander Paes and Mahesh Bhupathi, both at the peak of their prowess.

And finally, the football fanatics were blessed to witness the sublime talent of greats like Zinedine Zidane and Ronaldo.

As for me? I loved all of them.

Each sport spoke to a different part of my being, and each sportsperson represented an unspoken aspiration for my future.

But while my dreams of becoming a professional sportsperson never came to be, the lessons and values they imparted have stayed with me ever since.

They have informed every part of my life and shaped me into the person I've become. And nowhere has this impact been more prominent than on my journey as an entrepreneur.

At first glance, the similarities between an entrepreneur and a professional sportsperson may not be immediately apparent.

Take the time to look a little closer and you'll find that the skill sets necessary to reach the top of these fields aren't so different after all.

Both journeys revolve around the same collection of binding principles -- passion, grit, and perseverance.

1. A passion for your chosen field

In sports, as in life, your success ultimately comes down to just how passionate you are about following your dreams and achieving your goals.

The greatest sportspeople today are the ones who never lost their passion for competing.

They have continued to play, defying all odds and predictions, simply for the love of the game.

You need only look at the example Roger Federer and Serena Williams have set.

Both are 39 years old. But their tireless drive to compete and be the best, at an age at which most professional players in any sport have long since retired, has allowed them to remain formidable competitors to players half their age.

In the five years since the founding of the company, my co-founders and team members have faced many challenges.

And every time that happened, we'd draw inspiration from the examples set by our sporting heroes.

We all became entrepreneurs because of our love for the freedom and possibility it offered. And it is this passion that has sustained us through every long night at the office, tough calls with a client, or impossible decisions we've had to make.

2. Practice as though your life depended on it

There are no shortcuts to hard work.

Consistency and practice are the only paths to true and lasting success, whether on the field or in the boardroom.

There is no denying that certain sportspeople are born naturally gifted. Some might have heightened hand-eye coordination or quicker reflexes; others might have more strength or stamina.

But unless they are willing to put in the time and effort to constantly hone their skills, the less gifted but more dedicated competitor will always beat them in the long run.

Similarly, a business idea is an entrepreneur's skill and the consistent execution of the same is the practice they put in.

Don't stop pushing once you've come up with a successful idea. Keep working to improve your product, your service, and the skills of your team and yourself.

Competition is fierce as an entrepreneur and there are no prizes for second place, so never stop trying to improve yourself and your business.

3. Perseverance is the key to success

Another lesson that sports, and football in particular, has taught us is the importance of never giving up.

A game isn't over until the final whistle blows.

Despite a rocky season full of setbacks they refused to give up.

Through sheer grit and perseverance, they made it through every obstacle and emerged champions.

There are times when the last touch is a goal. Never give up.

Once you've made it, however, the natural impulse is to slow down and take a breath.

After all, you got your first 100 customers. Surely you deserve a break.

At times like that, you need to remind yourself that the journey forward will only get harder.

Every new landmark is harder to reach than the previous one. So get back to work and reinvent yourself to hit that new high, just like Federer did after winning 12 Grand Slams.

These are lessons every entrepreneur needs to take to heart.

Starting your own business, especially in these times, is a monumental challenge.

In order to succeed, an entrepreneur needs to believe in what he is building. Persistence is an integral part of that belief.

The skills you cultivate on the sports field, and the lessons you draw from your sporting heroes, will serve you in every sphere of life.

And while you may not always end up a winner, you'll always be in the game. 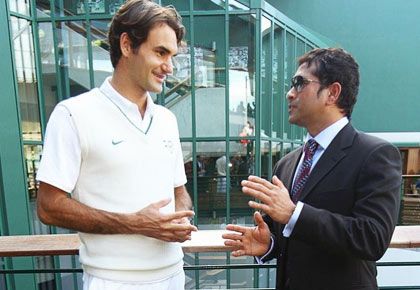 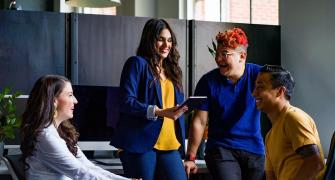 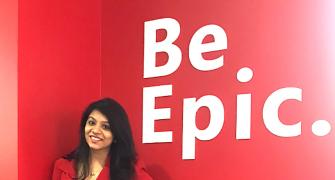 How my start-up grew 10X in the pandemic

10 smart things Indian entrepreneurs MUST do 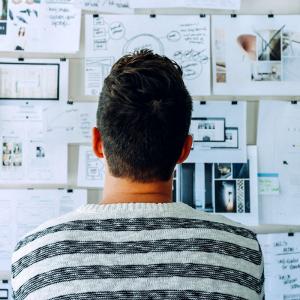 10 things no one will tell you about starting up 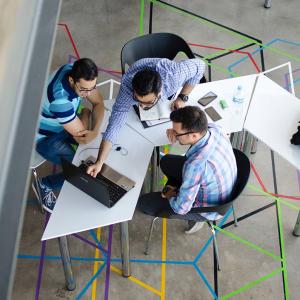 9 Tips to Build a Business in the Lockdown