'At Khan Labs children don't want to leave when time's up -- they literally hide -- quite unlike in our time when one waited for the bell to ring and the ordeal to end.' 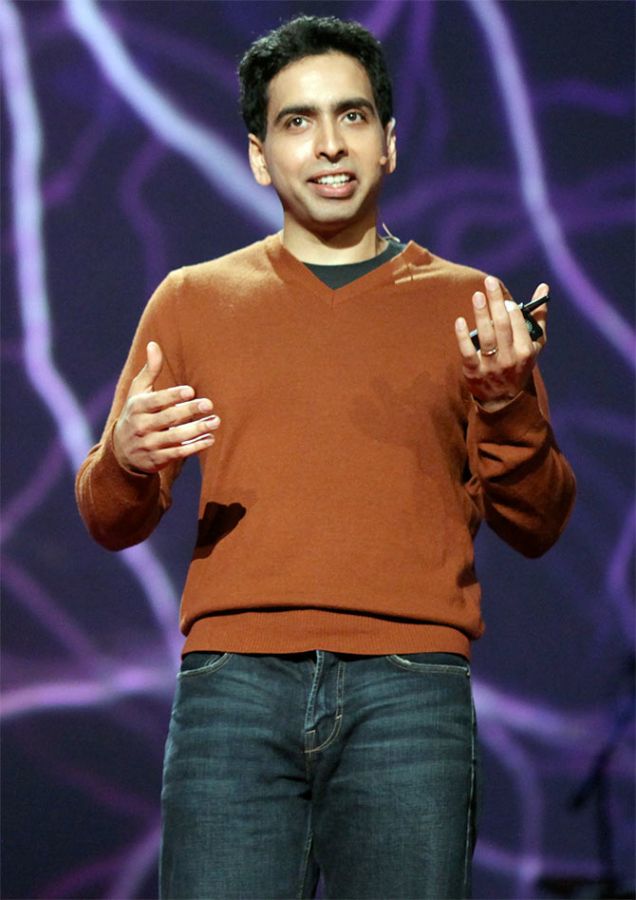 He dreams of educating another 450 million in India -- now in Hindi. How then, as Salman Khan, 39, the force behind the Khan Academy that has taken the academic world by storm, do you educate your own children?

"We set up a school," says the father of three, quite simply. (His children are aged six, four and one.)

"I wouldn't say that was the only purpose, but it was an added benefit," he laughs.

We are sitting in the outer section of the coffee shop at The Leela Palace hotel in New Delhi, for a hurried Lunch With Business Standard, which is more a one-sided affair since he has already eaten.

He keeps me company with some green tea.

I order a soup and a salad without reading the menu -- time is at a premium.

Khan is here -- his third trip to the country -- to launch the Hindi version of his portal aligned to the National Council of Educational Research and Training, NCERT, with the aim of reaching out to millions of Indian students over the next decade.

The Khan Academy, a free portal that demystifies virtually any subject, including the dreaded mathematics, allows you to hone your skills through simple, guided instruction.

Khan hopes it will reach billions of students some day.

He says he also dreamt of leveraging their voice to change the way traditional school education is delivered.

That his son was entering kindergarten acted as a catalyst to set up Khan Labs.

"In my book, I write about what future schools should look like. I give speeches around the world about mass-based free learning and the importance of project learning. It would be hypocritical and a shame if I put my son in a traditional school."

Khan Labs -- housed under the offices of the Khan Academy in California, with 60 students and seven teachers at present -- started 18 months ago and has the feel of a creative start-up: It's experimental, mixed age and full day (8.30 am to 6.00 pm).

Children of various ages work on stuff together and learn from each other. Social interaction among them is high -- older kids take on the role of leadership and mentor the younger ones.

The school allows students to work at their own pace, so you may have an eight year old already doing algebra and a 12 year old still working on foundational pre-algebra.

Khan argues that traditional schools where everyone learns at the same pace won't create what the next century needs.

"Students shouldn't be bored. The great thing at Khan Labs is that children don't want to leave when time's up -- they literally hide -- quite unlike in our time when one waited for the bell to ring and the ordeal to end," he adds. This delights him both as a parent and an educator.

Luckily for him, being in Silicon Valley helped.

Khan Labs was able to attract parents who thought alike and didn't mind the ambiguity and risks associated with an experiment like this.

The idea is to think everything through again and challenge traditional notions. In that sense, Khan Labs is a work in progress.

"It's a bit like jumping off a cliff and building your parachute while you are falling," he says. Funded primarily by tuition fees, the school is aimed as a test bed to try and revolutionise school study as we know it.

Khan hopes the learnings from this school will help spawn hundreds of new schools along the same lines.

Experimental defines Khan's life in more ways than one. An engineer by training, he worked with Oracle for a brief time before quitting to join business school. At some point, he found he enjoyed finance and soon after his degree, joined a hedge fund.

It was a chance tutoring to explain certain concepts to his cousin that led Khan into something that metamorphosed into the Khan Academy.

His videos went online and were soon getting thousands of hits daily.

"By 2009, I was getting these letters. Many people were using the Khan Academy. I soon realised this was what gave me real joy and thought that surely someone would fund this."

He was happy to settle for a professor's salary as long as he could pursue this for the rest of his life. His wife saw that this was where his passion lay and largely supported it.

Even though he could see the way ahead, Khan says it was an incredibly stressful time -- he'd just had his first child, his wife was a medical resident on a meagre salary and he went from earning good money (it's one of those careers where you earn 50 per cent more than what you did the previous year) to earning nothing.

"Everyone had their doubts about what I was doing although I probably had the gravest doubts myself. From leading a pretty good life, we were dipping into our savings every month."

The not-for-profit route isn't a commonly trodden path. In Silicon Valley, typically, you have an idea, you have a business plan and you get funded. But there was Khan, who wanted funding for something that was not for profit, that too not a traditional not-for-profit.

"We weren't taking money to build houses for the poor or something like that."

Khan and his wife decided to give it a year. Soon -- as American corporations (Bill Gates, among others) saw the potential of what the academy was offering -- funds began to flow in.

Today, people from all walks of life donate -- and the donation could be as little as $3 or as much as a million dollars.

"The budget of the Khan Academy is the size of a high school budget in the United States, but last year we reached around 30 million students, so the social return on investment is very high."

From five to six people in 2009-2010, it's now a 100-people organisation working full time. Khan himself draws a salary and doesn't own the academy.

Are things easier now, I ask. "If the Sal of 2009 saw the Sal of 2015, he'd say, 'Oh he's made it.' But the opportunity is bigger and sometimes I feel the stress of that. The stakes have got that much higher."

The stakes have got bigger than ever before, thanks to India. Khan Academy India is what he is currently focused on.

It's where he dreams of reaching 450 million students over the next decade. Major efforts are on in Brazil and Mexico, but India is where he sees them taking a "very deep dive".

Khan Academy's first employee outside the United States has just been hired in New Delhi and he will set up the India office. Maths for Grade 2 to 12 -- and later other subjects -- will be offered online in Hindi (English and subsequently in regional languages) aligned to the NCERT.

He met Union Human Resource Development Minister Smriti Irani earlier in the day and looked at how the government and the academy could work together.

He says the government realises the value, scale and benefits of what is being attempted. The fact that it is free and not-for-profit resonates well with the government's objectives.

Did he ever think his dream would become as big as it has?

His eventual goal -- free world-class education for anyone, anywhere -- sounds like a gigantic task to me.

Does he feel overwhelmed by what he's taken on? Did his mission ever feel even more impossible than it sounded?

Khan says he had "daydreams" when he started out that it would become quite huge but he didn't think it would happen this fast.

Our time is nearly up, so I ask what else takes up the time of this big dreamer and equally big doer.

An amateur guitarist and a sci-fi fiend, Khan says having three children in the United States leaves little time to pursue much else. 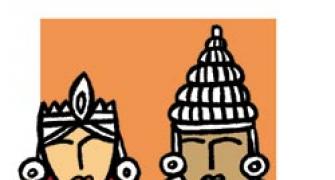 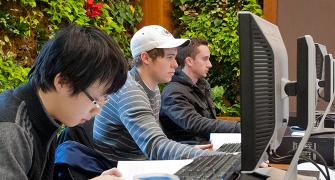 Online vs paper-based exam: Which is better? 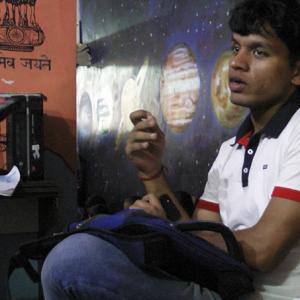 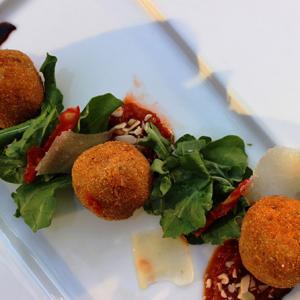 Recipes: The best thing I cooked in 2015