Jeff Leatham, the go-to-florist to the Kardashians has worked with Hillary Clinton and Oprah Winfrey.

One of the highlights of Isha Ambani's wedding last week was the massive floral decor.

For the wedding, Antilla was covered in a sky of red roses and scented candles.

Jeff Leatham, the international celebrity florist was flown in with his team to specially decorate the Ambani residence Antilia ahead of Isha and Anand's wedding. 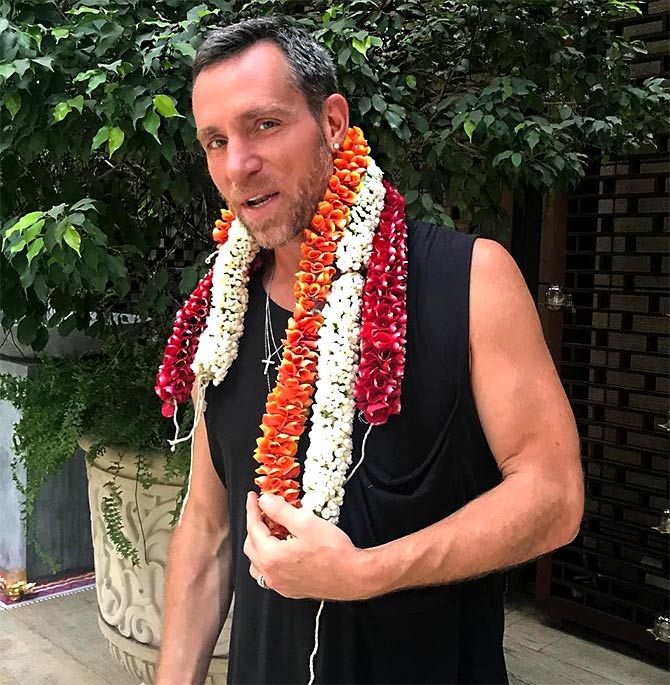 IMAGE: Jeff Leatham is a celebrated florist who works as an art director at the Four Seasons Hotel George V in Paris.
He has a studio in Beverly Hills and recently travelled to India to design Isha Ambani's wedding at Antilia in Mumbai.
'My biggest clients, my greatest friends,' he shared in his interview to Bloomberg in October.
Guess how he met Oprah Winfrey and Hillary Clinton, who are now his clients?
'In the lobby of the George V. I did Chelsea Clinton’s wedding. Where did I meet the Clintons? In the lobby of the George V,' he told the magazine.Photographs: Jeff Leatham 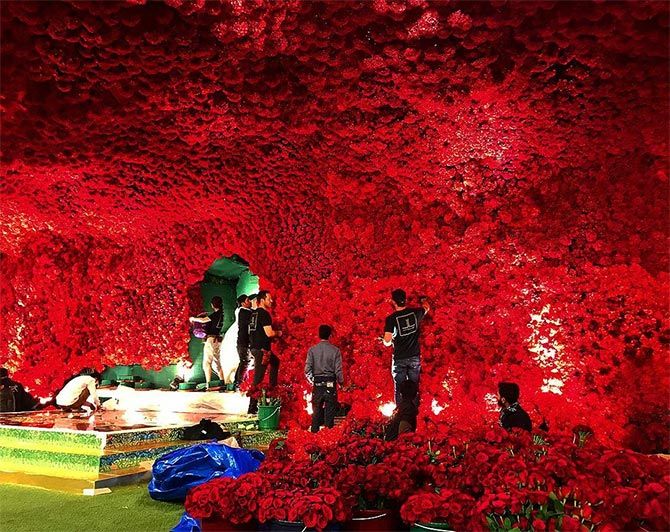 IMAGE: Sharing a picture of his team helping with the installation, Jeff wrote: 'We are so very honored to have worked with the Ambani Family for this joyous dream, unforgettable wedding.' 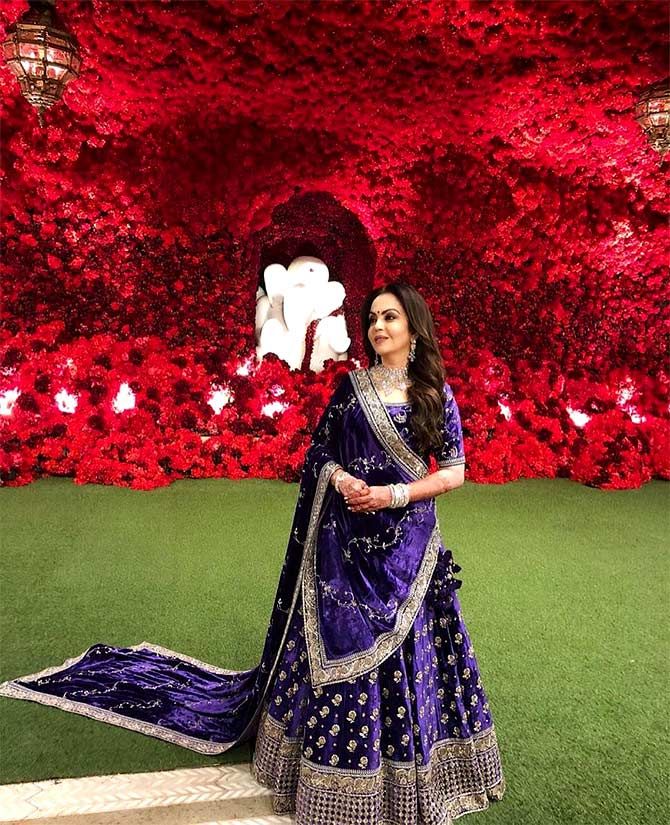 'The best part about working with flowers is that you can change the entire mood of the space.. Here we created a cave like surrounding backdrop for the idol using just flowers. At its natural best,' Interfloral India wrote about this picture featuring Nita Ambani. 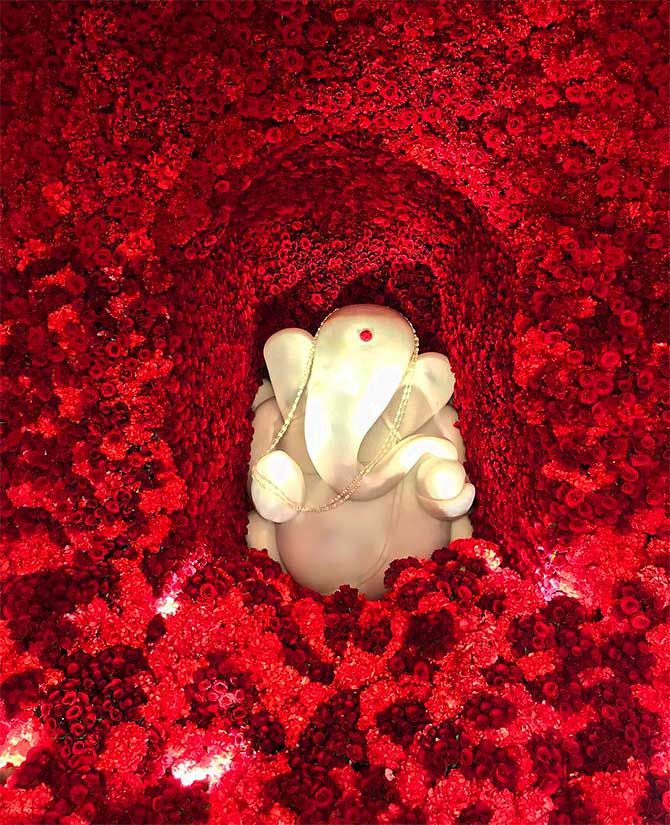 A closer look at the Ganesha idol embedded between red and burgundy roses. IMAGE: The floral decor at the entrance. Photograph: Pradeep Bandekar That's Jeff with his international crew who helped design Antilia. 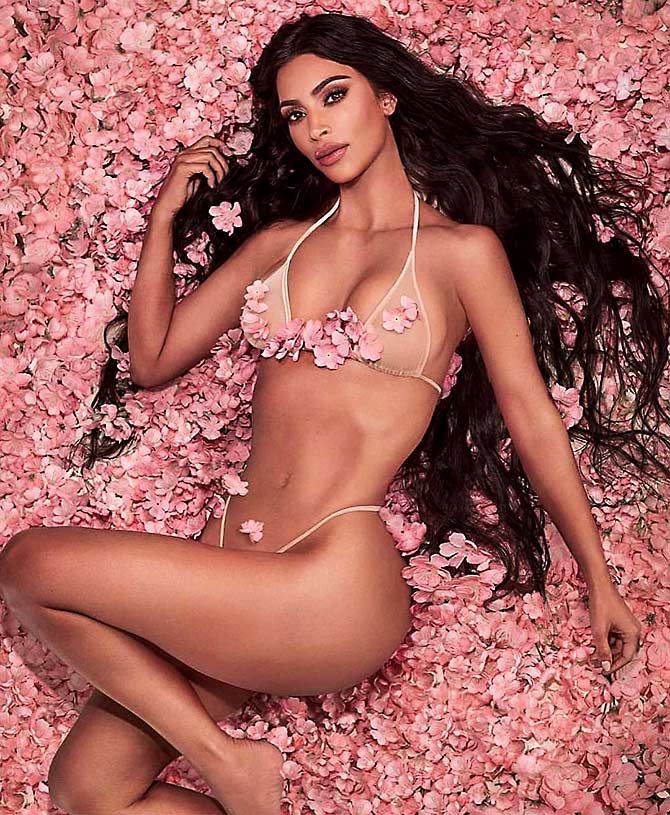 IMAGE: Jeff has worked extensively with the Kardashians. He designed Khloe's baby shower which featured some 20,000 carnations suspended from the ceiling.
The flower wall he created for Kim Kardashian and Kanye West at their wedding in 2014 is also one of his iconic designs. 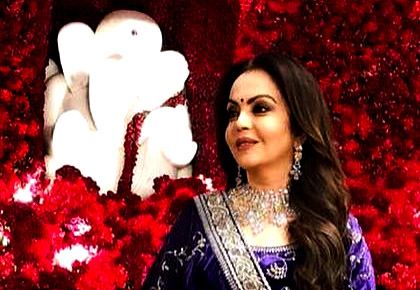 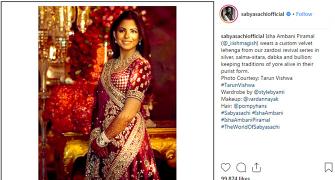 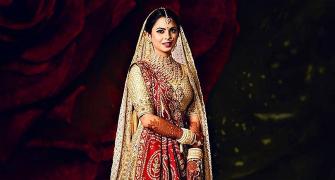 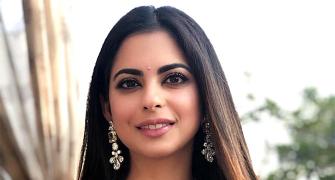 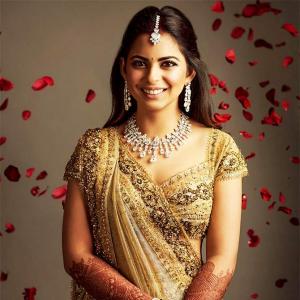 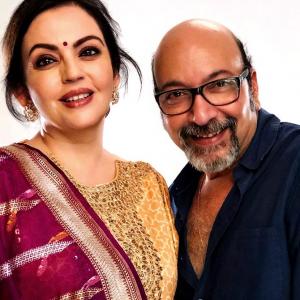 The man behind Nita Ambani's flawless make up