There are several books that Aakar Patel wishes were being written but aren't.
Fortunately, there's plenty coming up this year that he's eagerly awaiting. The period in South Asian history best documented by important actors is 1970s Pakistan, the most important decade in that nation's history.

The division of the country, Zulfikar Ali Bhutto's rise and then Zia-ul Haq's takeover: all these are laid out superbly by writers like Iqbal Akhund, Rafi Raza, Mubashir Hasan, General K M Arif and Bhutto himself through their autobiographies.

The books I wish we had available to us in 2018 would be the memoirs of Sonia Gandhi, Narendra D Modi and Manmohan Singh.

The last decade has been tumultuous and vital. Its major actors know much about this period that we don't and they would do well to inform the rest of us about how we have got here.

Sonia has written before, most notably forewords to republished books of Nehru.

So has Modi, who has written biographical essays and poetry.

But neither he nor Manmohan have put out, or are scheduled to put out, anything about the period 2004 to 2014, though one dearly wants them to.

With that wish out of the way, here is a list of the books actually coming out that I look forward to, and why.

Trump's firing of his FBI director has set in place a sequence of events that has destabilised his presidency and affected geo-politics.

It will be terrific to hear finally from Comey, the man at the centre of it all, to what extent Trump went to defend his team members who were colluding with Russia to get Hillary defeated.

Another American story that has affected the rest of the world is the appalling saga of Harvey Weinstein.

The Hollywood producer has been accused of using his power to enable sexual abuse, harassment and even rape of the women he worked with.

The exposure of his scandal triggered the #MeToo protests around the globe as women revealed how prevalent this behaviour is in all societies.

McGowan writes about her years as an actress and promises to reveal the rottenness within.

Tens of thousands of women in cities across the US participated and this work carries interviews of the activists and the organisers.

Again, as an activist, I am keen to know what aspects went into the march that made it so successful.

Gurudev: On The Plateau Of The Peak: The Life Of Sri Sri Ravi Shankar
Author: Bhanumathi Narasimhan
Publisher: Westland

A friend of mine, Ashok Balu, was once press-ganged by the politician Jeevraj Alva into meeting the then up-and-coming guru Sri Sri Ravi Shankar.

He was instructed to pay obeisance and, as he was doing so, recognised the face behind the saintly beard as a man he knew from his neighbourhood.

I have a great distrust of robed charlatans, particularly ones with fancy names, but even I think it would be worth knowing how someone transforms from the Ravi of the neighbourhood to the Sri Sri the world knows.

Who can resist such a warm and self-deprecating title? Especially from one so extremely attractive?

This promises to be a cracker of a book.

Bollywood, like our politics, suffers from the problem of being not written about.

I don't mean the sort of reportage done on it daily, of course, the press release stuff. I mean the real thing: What is it like to be famous (or moderately famous)?

It's a subject the Khans have been familiar with for generations.

Without St Paul, there is no Christianity.

Jesus was one of many Jewish messiahs around in the Palestine of the first century, as Ernest Renan and others have told us.

What made him eternal is the work of Paul, who took the message of the New Testament across Turkey to Greece and Rome.

Paul was a pragmatist who gave up insistence on vital Jewish traditions, particularly circumcision and pork, to convert the Europeans.

How did he manage this?

I have several biographies of Paul but will add this one to know more about this amazing story.

I had never travelled outside India before and so this was in many ways a transformational journey and stay.

That town in the midwestern state of Wisconsin, Janesville, is the subject of this work.

In 1986, the town had the United States' first General Motors plant (where the people I stayed with worked, fitting wheels on cars) and also the original Parker pen factory (my school was called George S Parker High).

This book, which I will no doubt be disturbed to read, chronicles the industrial death of the town.

The GM plant shut down in 2008 and the next year the Parker pen plant shut as well, as manufacturing moved to other countries.

It is good in a way for those countries, including India, but the people of Janesville are my people too.

I don't read fiction but I am told by my wife that Smith is one of the finest writers of her generation.

This work is a collection of her essays on subjects as varied as the impact of libraries and the dangers of climate change.

We live in an age when CNN and BBC can be accused of being fake news, while WhatsApp forwards have become fact.

How on earth did we get here?

It has all but replaced mainstream media despite not having any of the checks that even the most humble newspaper will have.

So what is the most complex answer and what comes next?

Hopefully, Young, who is a professor and an editor, will tell us.

Frum is a columnist and a former White House speechwriter. He writes about an aspect of the last few years that is alarming: The rise of authoritarianism in democracies, including India's.

Frum writes: 'From Russia to South Africa, from Turkey to the Philippines, from Venezuela to Hungary, authoritarian leaders have smashed restraints on their power.'

'The right to vote remains, but the right to have one’s vote counted fairly may not.'

It is a sobering thought and, unfortunately, one we will be encountering more of, much more of, in 2018. 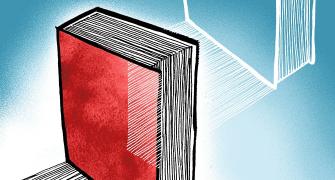 Books: The Bestsellers of 2017 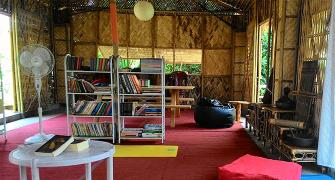 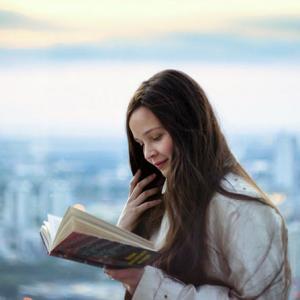 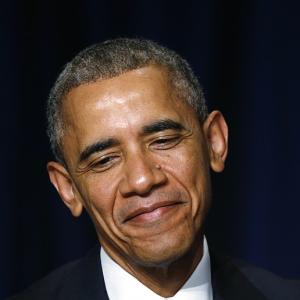