News
Business
Movies
Sports
Cricket
Get Ahead
Money Tips
Shopping
Sign in  |  Create a Rediffmail account
Rediff.com  » Getahead » Your sex life is as old as you feel you are

Your sex life is as old as you feel you are

Feeling young at heart may increase those between-the-sheet sessions, a study has revealed.

Turns out, your sex life is only as old as you feel and feeling young at heart may increase those between-the-sheet sessions.

The University of Waterloo study looked at the attitudes of sex and aging of a group of 1170 adults from their mid-40s to their mid-70s over a 10-year period.

The group, which included people of diverse sexual orientation, reported that the closer people felt to their chronological age, the lower the quality of their sex life.

"What was clear from the data is that feeling younger had a huge impact on how people felt about the quality of their sex life and how interested they were in having sex," said researcher Steven Mock.

"For people in mid to later life, feeling young at heart actually appears to make a difference in the bedroom."

The research drew upon data collected in the Midlife in the United States (MIDUS) study in the between 1995 and 2005. The MIDUS study is a national longitudinal study of health and wellbeing in the United States and measures the physical and mental health of participants over a period of decades.

"It's important to consider all of the different psychosocial and biological factors that might influence a person's sexuality," said Amy Estill, who led the research.

"While feeling younger didn't have an impact on how much sex people were having, it was quite clear that feeling older does impact the quality of the sex you're having."

The study is published in the Journal of Sex Research. 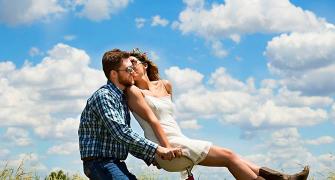