Mrinal Datta Chaudhuri, MDC to his students, was beyond compare -- the stuff of tales and legends at the Delhi School of Economics. He was also a good intuitive economist, says Omkar Goswami in his latest column. 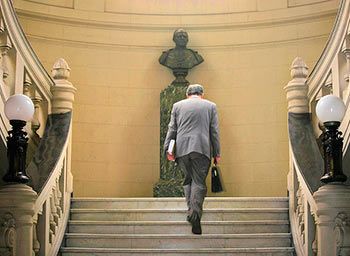 Strangely enough, I was at a dinner in Pune, where Mrinal Datta Chaudhuri (MDC) had withdrawn to over the last eight years, when someone informed me that he had passed away.

The last rites were over.

Knowing none of the family at Pune to pay my respects, I retreated to a palimpsest of memories -- of MDC while I was a student of the Delhi School of Economics, and of Mrinal-da when I taught there.

As the images tumbled out, I decided to write this piece. I hope he approves.

Every weekday morning, a not-so-white and, later, powder-puff blue Volkswagen Beetle made a sharp turn to enter D'School and parked on the left of the driveway, as close as possible to the barrier.

The door opened, and out stepped a dark, slim, seriously good-looking clean-shaven man with a shaggy haircut, wearing well-cut beige or grey half sleeved safari suits in summer or a blue-and-white striped seersucker suit in winter, with matching loafers carrying a slim brown leather attache case.

As he crossed the barrier and strode along, every woman ogled at him and the guys groaned with envy.

Then, spotting Naqvi Sahab outside the Coffee House, he would say, "Hey, Khaleq, how about some coffee?"

Out came the Wills Filter King pack, the long deep drag and the first sip of coffee.

The girls kept ogling while MDC started his working day.

For us students, everything about MDC was larger than life.

In a place that enjoyed an abundance of superb teachers, he was an outstanding expositor.

Even without his sense of drama in the classroom, I suspect that none who studied growth theory, planning or transport economics under MDC can claim otherwise.

Every class was a masterly act. Armed with an English accent that was a perfect cross between Sylhet and Cambridge, Massachusetts, he tickled the intellect of over-achievers, took the rank and file along and regaled his first and second row women's fan club with smiles, witticisms and a bon mot or two.

Mrinal-da didn't write much in terms of refereed articles for major journals, though he could easily have.

You didn't secure a full scholarship for a Ph D with Paul Samuelson at the Massachusetts Institute of Technology and get chosen with Joseph Stiglitz and George Akerlof to work on two-sector growth models under Hirofumi Uzawa at Chicago University unless you were very good at your subject.

But unlike many of his peers, Mrinal-da chose a different path -- that of teaching, running a department, reading, being an unabashed liberal, debating and writing on various matters related to political economy, often for the laity.

That was his academic choice.

Transforming complex paradigms into simple explanations without losing their theoretical richness and possibilities was MDC's forte; and legions of D'School students, as indeed his colleagues, benefited from it.

He also wanted the best for D'School.

A saying of his that I shall never forget was, "One of the most obnoxious phrases that I repeatedly hear in seminars is 'But in a country like India...'".

I remember the subterranean battle he fought, and won, with the vice-chancellor of the university in blocking an unworthy professorial candidate who was being politically backed for the job. Or how he argued in favour of accelerated promotions for Kaushik Basu and Sanjay Subrahmanyam when the old guards thought otherwise.

Yet, there were occasional pangs of regret.

In his valedictory address to our batch, MDC asked us to imagine waking up thirsty on a dark, hot summer night and going to the fridge for water.

"As you drink the water", he said, "let not a thought cross your mind that years have passed, and what have I really done."

It was a pithy tale with a major moral that many of my batchmates recall to this day.

Above all, he was MDC. Here are two stories.

In D'School, there was a tradition of the MA final students preparing the exam timetable.

We did so, and took it to MDC to sign off as the head of the department.

He was by the Coffee House smoking, drinking coffee and chatting with students.

Suddenly, a girl came up to protest about a particular exam date.

MDC idly waved her away.

To make her make case stronger, she complained, "You can't do this, Sir. You're like a father to all of us."

In a trice, MDC stiffened and said, "Stop it right there! I've been teaching for the last 20 years and have consciously avoided being a father figure to women, pretty or otherwise. So don't start right now!"

In our last term at D'School, Mooli (Vinay Sheel Oberoi) got his hands on a pad with the head of the department's letterhead.

We typed a 'To All Concerned' note, imitated MDC's initials and posted it on the main notice board.

It read: "After a great deal of consideration and months of soul searching, I have come to the inescapable conclusion that I am a total cat".

At first, MDC thought we had written 'total cad'. But when explained otherwise, he was chuffed for days on end. For that's what he was. And how we will remember him as -- a total cat. 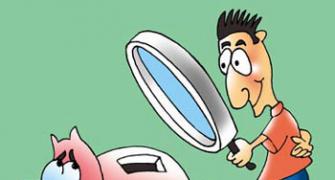 Stocks or mutual funds: Where should you invest? 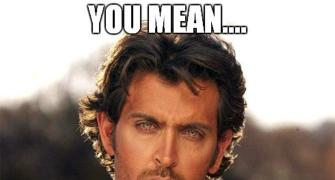 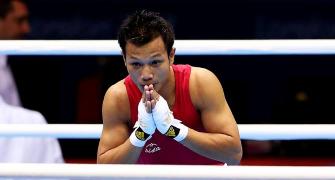 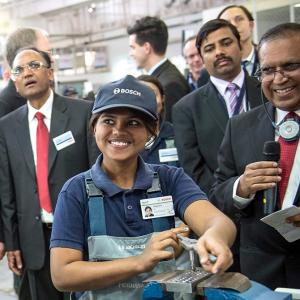 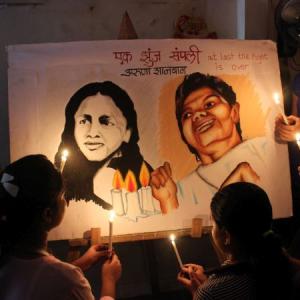