Because English is such a funny language!

Close on the heels of the Lake Superior State University that published a list of banned words of 2016, we decided to have our own list of words which should be banned!

Because these words don't make any sense, and it is funny to hear you use them.

If you have been using these words, here's why you must stop using them right away! For ages, you have always used this word without even knowing if it was a legit word, haven't you?

So we decided to burst your bubble!

While the word 'promise' features in the Oxford Dictionary, there's no mention of 'mother promise'.

Surprised? Wondering how 'mother promise' came into being.

It's the literal English translation of 'ma kasam' or 'aai shapath'.

The next time you want to stand by something you really mean, try using just 'promise'.

You don't really need to drag your mother into everything, do you?

According to the Oxford Dictionary a 'cousin' is a child of one's uncle or aunt.

And Grammar Nazis would insist that the word 'cousin' does not need to be followed with words like 'sister' or 'brother'.

Did you know that 'cousin sister or cousin brother' are words used only in India.

The right way is just to say 'cousin'.

Wondering how you'd get to know their gender. Well, that's what names are for, aren't they?

When Indians meet strangers, why do they ask the question, 'What's your GOOD NAME?'

Every parent or grandparent who has named the child, does it with a GOOD intention.

So there's nothing bad about a name.

The next time you meet a stranger, you could say 'What's your name?'

Now this one's tricky! Because that's what you have been writing in e-mails, haven't you?

Well according to The Free Dictionary 'revert' means 'to reply to someone'.

Why use 'revert back' when you can just say 'revert'?

In India the 'eraser' is also called 'rubber'!

But in the rest of the world, 'rubber' is a slang for 'condom'.

Now it makes sense why your relatives and friends in foreign countries complain that people there burst out laughing when they ask for a 'rubber' instead of an 'eraser'.

Wondering what's the origin of the word?

Eraser is actually a piece of soft rubber used to rub out something written.

When was the last time you mentioned that you were going to 'watch a 'picture'?'

No one really knows when 'picture' became synonymous with 'films' or 'movies' in India.

According to the Oxford Dictionary, 'picture' means a drawing or painting.

You could say 'I am going out to watch a movie or film'.

Isn't it funny that every time someone thanks an Indian, they quickly turn around and say 'mention not'.

We are still scratching our heads wondering how the word originated and what it means.

There are plenty of ways you can accept someone's thanks.

You can use any of the following:

How is it that every Indian graduating from college is passing out?

Let's tell you the difference.

When you are really drunk and become unconscious, you 'pass out'.

But when you refer to a successful completion of a course or training, you use the word 'graduate'.

We all have used this word in our childhood.

Once, twice, thrice…we have lost count of the number of times we called someone a 'cheatercock'!

But ever wondered what does the word mean?

We are still wondering!

According to the Oxford Dictionary, cheater is a person who acts dishonestly in order to gain advantage.

Won't it be sufficient if we just said 'cheater'?

How would you introduce your fiance?

Amit: Uncle, I would like to introduce you to my 'would be'.

Unfortunately Amit doesn't know that 'would be' means nothing.

If you want to introduce your to-be bride then simply use 'fiance'.

How easy is that!

Do you know of similar English words used by fellow Indians? Tell us about it too. We'd like to hear from you!

Most common blunders in English usage 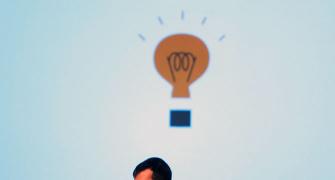 How to give a fabulous presentation Beware men! These aphrodisiacs can harm your health 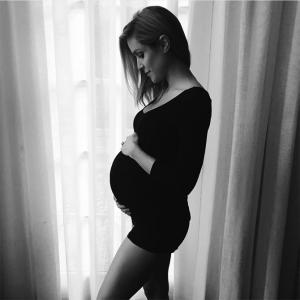