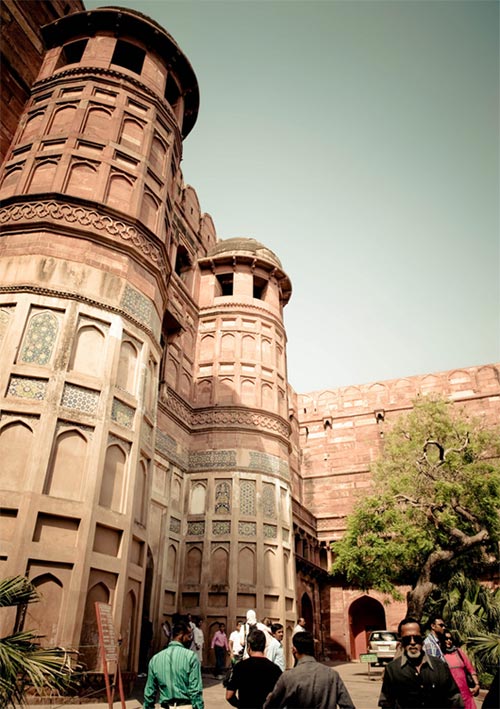 From Agra Fort and Red Fort to Sabarmati Ashram, Jallianwala Bagh and Kirti Mandir, these sites have had played an important role in India's freedom struggle.

As we celebrate Independence Day, TripAdvisor lists out 11 historic sites associated with what led to the dawn of August 15, 1947. The list includes historic sites/landmarks, places which are significant to the freedom struggle and memorials which keep it alive for generations to come.

According to an India Family travel survey done earlier this year by TripAdvisor India, it was encouraging to see that parents see travel as part and parcel of holistic learning with as many as 97% respondents saying they consider travel important for their children's education with 70% among these claiming it to be very important. Further strengthening this trend, 67% respondents agreed that holidays should be a balance of recreational and educational experiences/activities for children.

Our recommendation is to take a step back and take your kids to these attractions for a lesson in India's history or revisit yourself for a shot of national pride.

The Agra Fort is more of a walled city and that was originally just a brick fort under the reign of the Rajputs. While a Ghaznavide force captured it in 1080 AD, it was Sikandar Lodi who became the first Sultan of Delhi to shift to Agra and live here. Over the decades, the fort fell from the hands of one ruler to another and another till Akbar finally captured it from King Hemu in the Second Battle of Panipat in 1556 and made it his capital two years later.

The Agra Fort also was the site of a battle during 1857’s Indian mutiny that eventually ended the rule of the British East India Company and India began to be ruled directly by Britain. 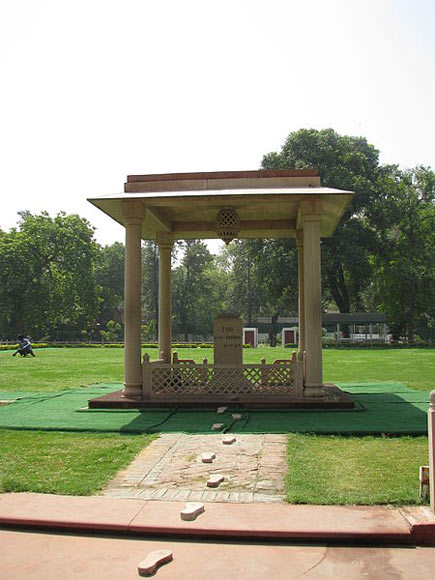 Gandhi Smriti or the Birla House was the place where Mahatma Gandhi spent the last days of his life before being assassinated on January 30, 1948. The house that belonged to the business tycoon Birla family was acquired by the Government of India in 1971 and opened for the public on August 15, 1973.

Visit the museum and view the preserved room where the Mahatma lived and take a walk along the grounds where he was shot where the Martyr's Column now stands. 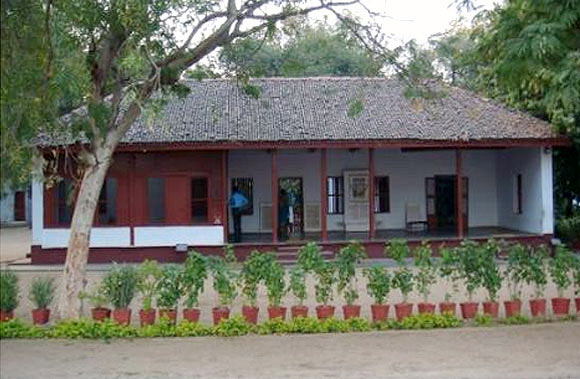 Soon after he returned from South Africa, Mahatma Gandhi established his first ashram in the Kochrab area of Ahmedabad on 25 May 1915.

A little over two years later, it was shifted to the current site, along the banks of the river Sabarmati on June 17, 1917 since the Mahatma wanted to experiment with farming, animal husbandry, cow breeding and Khadi.

The Sabarmati Ashram remained Gandhi's home until 1930 and was one of the major centres of the Indian freedom struggle. It also became home to the ideology of Satyagraha that would eventually set India free.

Visit it, if only to soak in the history and find inner peace. 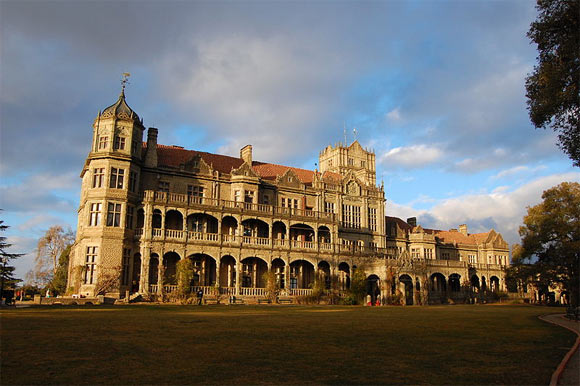 Designed by the British architect Henry Irwin the Viceregal Lodge used to be the official summer residence of the Viceroys and Governor Generals of India. The majestic building that now houses the Indian Institute of Advanced Studies was the venue of the historic meetings between representatives of the colonial administration and Indian leaders. The imposing building was the unfortunate venue where the partition policy was finalised.

After Independence, the Viceregal Lodge was handed over to the Government of India to be used as a residence for the President.

Rather than letting it be a private residence, President S Radhakrishnan thought it best to be used for academic purposes and handed it over to the Indian Institute of Advanced Study in 1964. 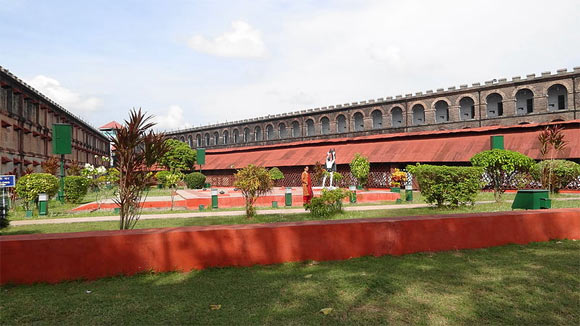 The Cellular Jail in the Andaman and Nicobar Islands was perhaps the most infamous of the prisons of the British Raj where rebels and dissidents of the Raj were packed off it. It's most famous inmates included Batukeshwar Dutt and Veer Savarkar among others.

Today, the jail complex is a national memorial monument.

A must-visit place to tell your kids how the path to freedom for India was long and full of hardships borne by people who gave up everything to make it possible. 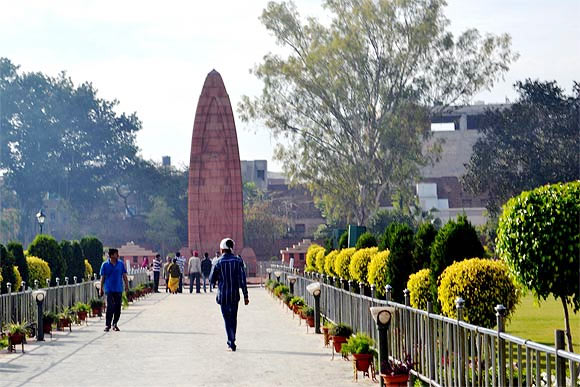 The Jallianwala Bagh stands as a silent testimony to the atrocities of the British on their Indian subjects. It was the venue of the infamous 1919 when on April 13 the British Indian Army soldiers opened fire on an unarmed gathering and killed the people indiscriminately.

Even though firing is said to have lasted for about 10 minutes but it killed by some accounts over 1500 people. The bullet marks on the walls remain to this day even as thousands of visitors pay homage to those who died at a memorial that was inaugurated on April 13, 1961. 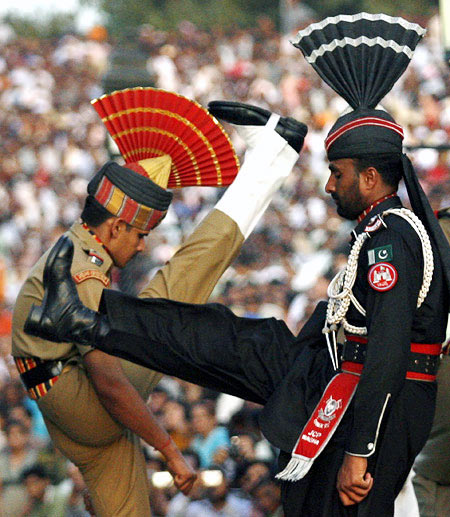 The beating retreat ceremony at the Wagah Border is a spectacle that must be witnessed to be believed. Being held since 1959 every evening before sunset at the Wagah Border of India and Pakistan, the ceremony involves a loud and vociferous parade as one infantryman from each side opens the gates, lowers his country's flag shakes the other's hand brusquely and closes the gates.

Cries of 'Jai Hind' and 'Pakistan Zindabad' fill the air as visitors from both sides of the border gather to watch what British actor Michael Palin describes a display of 'carefully choreographed contempt'.

Despite its jingoism or perhaps because of it, the ceremony is something that you simply cannot afford to miss. 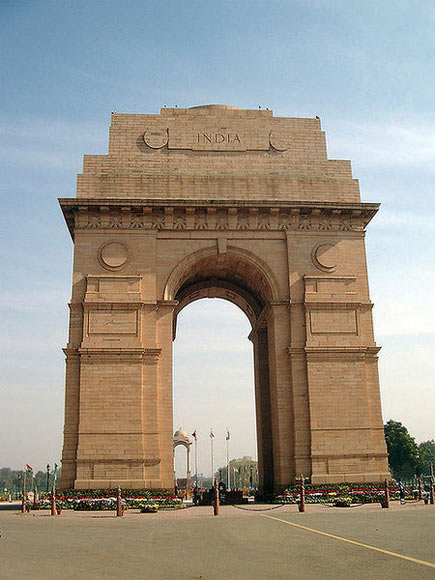 Constructed in memory of the Indian soldiers who were died in World War I and the Afghan Wars, India Gate -- with its 42-metre-high canopy -- is best known for its eternal flame in the memory of the Unknown Soldier (Amar Jawan Jyoti).

The lush green lawns spread over a few kilometers around it and boating make India Gate a popular picnic site for Delhiwallahs. It's a treat for the eye to see the India Gate all lit up during the Independence Day celebrations. 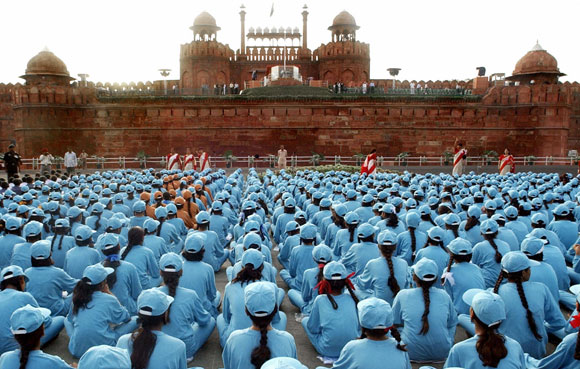 Constructed in the 17th century, the Red Fort complex served as the palace for Shah Jahan's new capital Shahjahanabad and remained the capital of the Mughal Empire till 1857 when the British Indian government exiled Bahadur Shah Zafar. Over the centuries it has been a silent witness to the many power struggles documented as part of the sound-and-light show (all evenings except Mondays).

Visit the complex if only to admire the architectural brilliance or to witness the Prime Minister hoist the flag and address the nation from its ramparts. 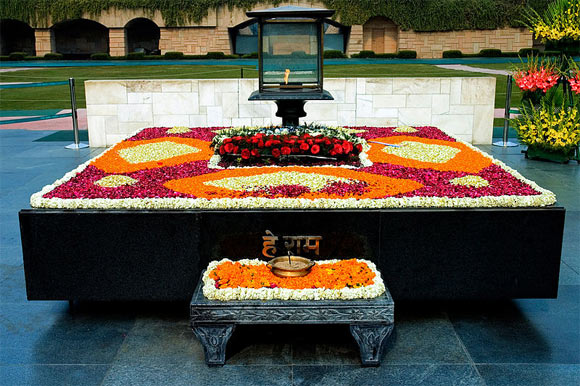 Located about 13 km from Gandhi Smriti, Raj Ghat is the final resting place of the Mahatma Gandhi. A memorial in black marble, the place embodies the tenets of peace that Gandhi preached. 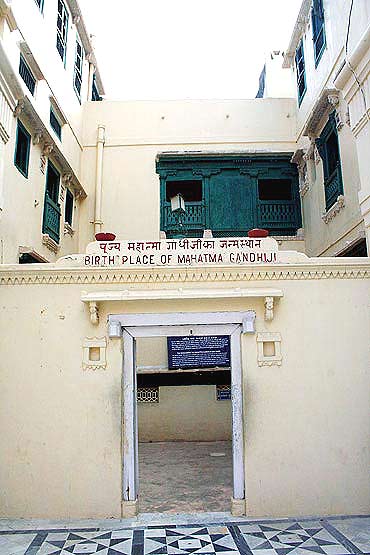 The temple in Porbandar -- attached to the 220-year-old house where Mahatma Gandhi was born -- is a memorial to him and his wife, Kasturba. Kirti Mandir upholds a principal that was close to the Mahatma's heart – secularism. For, symbols of major religions around the world can be seen here -- a veritable knowledge bank for people of all age-groups, on religions, the Father of the Nation and the long struggle that ultimately won India's freedom.