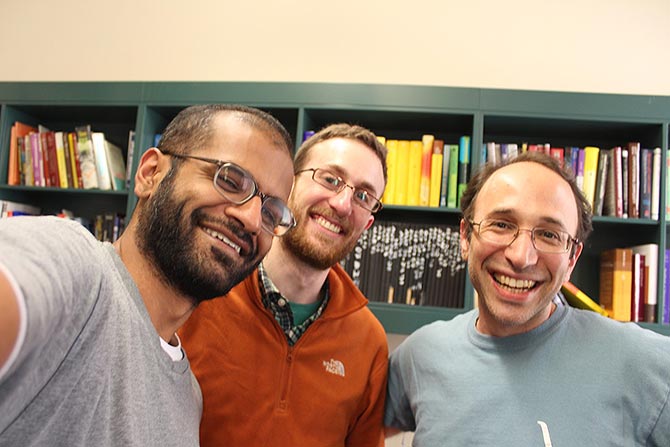 Indian mathematician Nikhil Srivastava has been named joint winner of George Polya Prize after finding a solution to a problem that had eluded mathematicians for more than 50 years.

Nikhil Srivastava, a young Indian mathematician, has become the first joint winner of the prestigious 2014 George Polya Prize for finding a solution to a problem that had eluded mathematicians for more than half a century.

Srivastava, who has a PhD from Yale University and is presently based in Bangalore, is part of a three member team -- including Adam W Marcus and Daniel A Spielman -- which found a solution to the Kadison-Singer conjecture that pertains to the mathematical foundations of quantum mechanics.

"It is definitely inspiring and motivating to be put on a list with so many great mathematicians," said the Indian mathematician from Microsoft Research India.

Experts are of the opinion that the implications of this breakthrough could be significant.

"Not only have Marcus, Spielman, and Srivastava proved an important conjecture, which has consequences in various areas of mathematics, but their elegant methods promise to be applicable to a broad range of other problems as well," the citation said.

The Prize was presented to Srivastava's colleagues Marcus and Spielman by Irene Fonseca, professor of mathematics at Carnegie Mellon University and current president of Society for Industrial and Applied Mathematics.

The Kadison-Singer conjecture was first proposed by Richard Kadison and Isadore Singer in 1959.

Established in 1969, George Polya Prize is given every two years alternately in two categories: for a notable application of combinatorial theory; and for a notable contribution in another area of interest like as approximation theory, complex analysis, number theory, orthogonal polynomials, probability theory, mathematical discovery and learning.