News
Business
Movies
Sports
Cricket
Get Ahead
Money Tips
Shopping
Sign in  |  Create a Rediffmail account
Rediff.com  » Getahead » 'She grabbed me for sexual pleasure; I wanted to slap her'

The gender biased and male dominating mind-set of the society refuses to acknowledge that males also get victimised from sexual harassment. 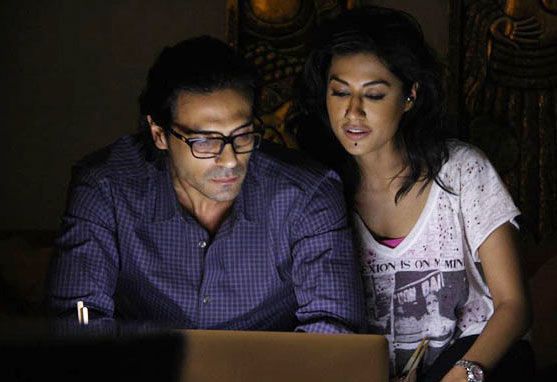 IMAGE*: The film Inkaar dealt with harassment at the workplace.

'Sexual Harassment', the term, by default, has always generally been associated with women.

On the other hand, the fact that men do also go through similar if not exact, form of harassment, has always been a concealed topic.

Men feel hesitant to come forward to talk about it, in the open public domain, as it is even more of a bigger social stigma for them than women because it is conceived as vulnerability or weakness and men do not want to associate them with such terms.

According to Kanishk Agarwal, founder of law firm CriTaxCorp, in India, according to a recent report by one of the top media house, in big metros like Bangalore, Chennai, Delhi, Hyderabad, Kolkata, Mumbai and Pune 19 percent men out of a sampling of 527 people said they have faced some form of sexual harassment at office.

The fact that the society refuses to accept this grave issue lies in the society's negligence towards this topic based on gender biased notions.

The gender biased and male dominating mind-set of the usual society refuses to acknowledge that males also get victimised from sexual harassment acts and the belief that only females can go through such harassment has led to ignorance of this issue. Such a mind-set doesn't necessarily mean that such incidents do not occur.

The issue is neglected to such an extent that even the Indian Legal System does not recognise the fact that even males can be harassed and existing law recognise only a female as a victim, as per Section 9 of Protection of Women against Sexual harassment (Prevention, Prohibition and Redressal) Act, 2013 only an aggrieved woman can make a complaint under the Act and does not deal with sexual harassment of the male gender at workplace.

Laws should also be enacted to protect men from such an ordeal, in order to bring in a nature of equality. Sections 376, 354, 509 of the IPC deal with sexual assault, outraging a woman's modesty, eve teasing and rape and under all these sections only a woman can be a victim. Law presume that men cannot be at the victim's end of these crimes, Kanishk added.

In August 2015; everybody witnessed the in-famous 'Jasleen Kaur Case' in which Saravjeet Singh was accused of harassing Jasleen.

It later came to highlight in public that it was a defamation gimmick and publicity stunt.

But it is important to remember that it was not proved in any legal fraternity. Those media houses that had, without investigation, played the stories were fined and were asked to telecast an apologetic message dedicated to clean Saravjeet's name.

News Broadcasting Standards Authority (NBSA)also said, "Broadcasters cannot condemn guilty person accused of having committed a crime or offence when the matter is still under investigation or where the court is yet to decided upon the guilt or otherwise of the accused."

Here's an example from a young working professional who shares his bad experience.

The 22-yr-old male professional who did not want to reveal his name in public said: 'She grabbed me for sexual pleasure; I wanted to slap her, but I couldn't because of my principle to respect women'.

He recounts what really happened:

'I started working as a trainee manager in one of the top MNCs in Gurugram in 2010. In the initial phase itself I managed to gain respect from my mentors and colleagues with my dedication towards work.

'Salin (name changed) joined my firm in 2011. In her initial days, everyone knew she was the flirtatious type. Initially I took all the flirting in a humorous manner and she came across as a fun person but later, she started openly flirting with me.

'I had become her target in office and it was very embarrassing.

'One day when I was sitting in the common area to make a call to my family, she sat along with me on the sofa and started coming very close to me. She crossed her legs, leaned towards me and placed her hand on the safe near my neck. Her intentions were absolutely clear from her body language and her conduct.

'When she was started playing with my hair, I felt awkward and disconnected the call.

'I wanted to slap her at that moment but I couldn't because of my principle of respecting women.

'At the same time my senior and two other colleagues walked in and I was totally embarrassed.'

'We as a part of society have a biased perception that it can only be a man who abuses his power and suppresses women. That a woman can only be a victim and not the oppressor.

'The society's collective mind-set should be projected towards the need of accepting gender neutral rights and instead abolish the biased gender rules that we follow.

'I was so shocked and stunned that I actually couldn't understand how to react.

'I never discussed it with anyone as no one would believe that a girl tried to seduce me and was harassing me.

'Going forward, I made sure that I kept distance from her and not be receptive about any kind of flirting.

'I feel the society and law should recognise the gender equality and the change in the culture of the society.

'Nowadays, when women of our society are standing tall and going toe to toe with the men of the society, treating women as suppressed gender who require protection, should be discontinued.

'Gender-neutral laws to protect people should be made.

'Women are at a powerful position as compared to men and one should respect that and not treat women as oppressed, vulnerable or weak.

'Also, the law of perjury should be strengthened so that a strict check be put on the rising false complaints.

'Perjury under IPC is dealt under Section 191 to 201 that attracts imprisonment up to seven years. However, it is not being implemented rigorously.

'Judiciary should place fear in the minds of the people who register malicious/false complaints, to such an extent that if it is proved to be a false complaint then the malicious complainant can be put behind bars.

'Lastly, there is a difference between a false complaint and an unproven complaint and perjury gets enacted in the former part only.' 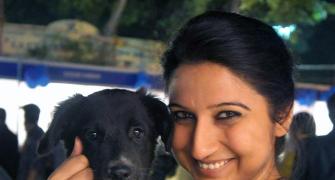