'Allah is there above and, with him as witness, I am giving you this money.'
'If my Mariam's letter arrives, you must deliver it.'
The clerk stood still in astonishment. 'Where must it be delivered?'
'Upon my grave!'
A touching from Ratno Dholi: The Best Stories Of Dhumketu. 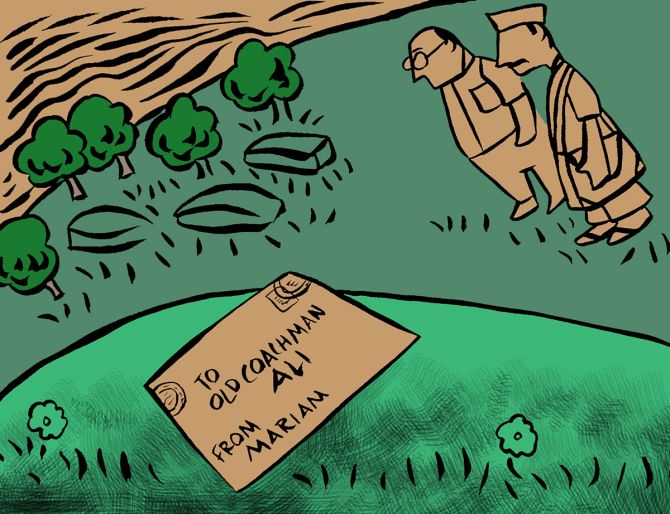 Dhumketu was the pen name of Gaurishankar Govardhanram Joshi (1892-1965), one of the foremost writers in Gujarati and a pioneer of the short story form.

He was a contemporary of Rabindranath Tagore, Munshi Premchand and Saadat Hasan Manto, and his contributions to Indian literature are just as wide-ranging and groundbreaking.

He is considered one of the pioneers of the Gujarati short story.

His most well-known and frequently anthologised short story in English translation is The Post Office.

An early version was published in 1923 and, while it is not his best in terms of technique and craft, it still appeals to a wide readership in terms of age, geography and culture because of its simplicity and pathos.

A lonely old man waits, in vain, for his daughter's letter.

Through this one circumstance drawn on an intimate canvas, Dhumketu gives us the universal: A father's longing for a lost daughter's love and the world's indifference to, even derision of, such a deeply personal need.

You can read Part 1 here.

Once, Ali did not show up for two or three days.

There was no one in the post office with the empathy or perceptiveness to understand Ali’s state of mind.

But everyone was curious as to why he had not come.

Then, the day that Ali came, he was panting and there were clear signs of the end of life on his face.

That day, Ali became impatient and asked the postmaster, ‘Master saheb, is there a letter from my Mariam?’

The postmaster was in a hurry to go to his village and his mind was not sufficiently at ease to entertain a question.

‘My name is Ali!’ Ali’s irrelevant reply was received.

‘Yes, but is your Mariam’s name registered here?’

‘Please register it, ne, bhai! In time, if a letter arrives and I am not here, then you will need it.’

For one who had spent three-quarters of his life hunting, what did he know about how, besides her own father, Mariam’s name barely carried the worth of two paise for any other?

The postmaster got heated up. ‘Are you mad or what? Go, go. If your letter arrives, no one is going to eat it up!’

The man left in a hurry and Ali went outside with slow footsteps.

As he was leaving, he turned around once to look at the post office.

Today, there was a glimmer of the orphan’s tears in his eyes.

There wasn’t a lack of faith but his resolve had come to an end. Arrey! Now where will Mariam’s letter come from? 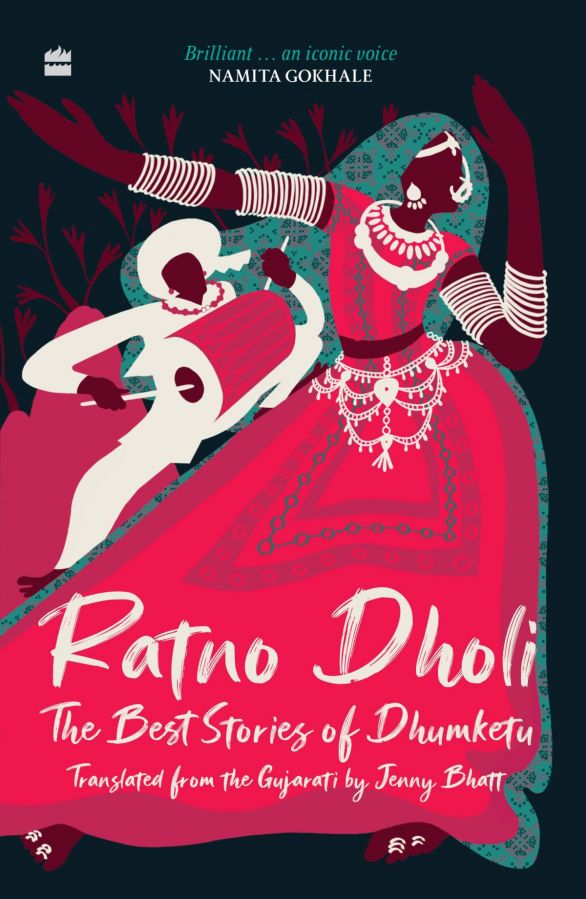 A clerk seemed to be following him. Ali turned to him, ‘Bhai!’

The clerk startled. But he was a good one. ‘Why?’

‘See, I have this with me.’ So saying, Ali removed five guineas from an old metal tin of his.

Seeing this, the clerk got angry. ‘Don’t get angry. This is a thing of use to you. I have no use for it. But will you do one thing?’

‘What do you see on top here?’ Ali pointed a finger towards the empty sky.

‘Allah is there above and, with him as witness, I am giving you this money. If my Mariam’s letter arrives, you must deliver it.’

The clerk stood still in astonishment. ‘Where must it be delivered?’

‘I am speaking the truth. Today is the last day. Arrey re, the last! I did not meet Mariam, did not receive a letter!’

There was a drowsiness in Ali’s eyes.

The clerk slowly-slowly separated himself from Ali and walked away.

There were three tolas of gold in his pockets.

After that, Ali was never seen again and no one bothered to check on him.

One day, the postmaster was grieving a bit. His daughter was ill in a faraway country and he was sitting, woebegone, in wait of news from her.

The mail came and he took hold of the pile of letters.

Based on the colour, he assumed an envelope to be his and quickly picked it up. But the name on it was ‘Old Coachman Ali!’

As if struck by lightning, he threw it onto the floor.

Due to distress and worry, within a few moments, his authoritative demeanour had disappeared and his human side had emerged.

He suddenly recalled that it must be that old man’s envelope. Perhaps his daughter Mariam had finally written to him.

‘Lakshmidas!’ he immediately yelled out.

Lakshmidas was the same peon to whom Ali had, in the final hours, given money.

‘Your old coachman Ali … whereabouts is he these days?’

That day, there was no news of his daughter for the postmaster.

He spent the entire night in doubt.

The next morning at 3 am, he was sitting in the office.

When old Ali comes at 4 am, I will give him the envelope myself -- such was his plan today.

He had spent the entire night for the morning to arrive, and with it, the letter.

For the first time, his heart was overflowing with emotions for the person who had spent five long years suffering such endless nights.

At precisely 5 am, there was a knock on the door.

The postmen hadn’t arrived yet. It could be Ali knocking!

The postmaster got up. As if a father’s heart recognised another father’s, he ran today and opened the door.

In the doorway, a poor old man stood, leaning over his stick.

The tracks of his last tears were still fresh on his cheeks and, over his coarse colouring, the wrinkles of his face were awash with kindness.

There was no life in the old man’s eyes!

‘Who, saheb? Old Ali?’ so saying, Lakshmidas slid sideways and came to the door.

The postmaster did not pay any attention to him and kept looking towards the door -- but there didn’t appear to be anyone there.

The postmaster’s eyes widened. What was this, there was no one at all in the doorway!

He turned towards Lakshmidas and answered the question, ‘Yes, old Ali, that’s who! It was him, right?’

‘Ji, old Ali is dead! But let me have his letter!’

The postmaster was stunned. Mariam’s letter was still in the doorway. The image of Ali was floating before his eyes.

That knock rang in the postmaster’s ears and Ali’s image remained before his eyes.

A doubt rose in his mind: ‘Did I see Ali or did I simply imagine it or was it Lakshmidas?’

But, as if there was a beating heart within each letter, the postmaster was staring steadily in their direction today.

An envelope means one anna and a postcard, two anna -- that awareness had disappeared. What does a widow’s only son’s letter all the way from Africa mean?

The postmaster sank deeper and deeper.

When man puts aside his own perceptions and looks through another’s viewpoint, then half the world will be at rest.

‘Lakshmidas, this morning, you were the first to arrive, right?’

‘And you said that old Ali…’

‘Yes, okay. It’s nothing!’ The postmaster quickly changed the subject.

On reaching the threshold of the post office, the postmaster separated from Lakshmidas and went inside, pondering.

It was stinging him that he had not understood Ali’s heart as a father himself. And, having received no news of his daughter yet again today, he was going to spend another night worrying about getting news of her.

Set aflame by the three kinds of fires of surprise, doubt and repentance, he sat in his living room. And a sweet warmth began to radiate from the nearby coal stove.

Excerpted from Ratno Dholi: The Best Stories Of Dhumketu by Jenny Bhatt, with the kind permission of the publishers, HarperCollins India. 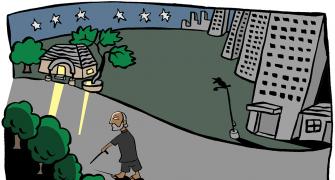 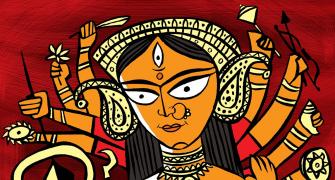 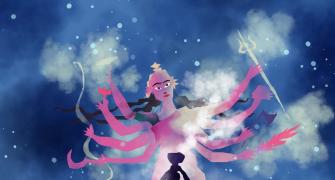 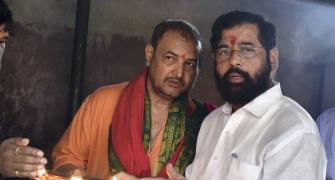 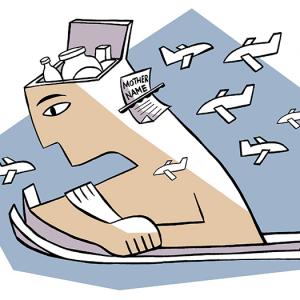