'When the phone's battery is running out, it will make a charming statement like "I'm feeling a little low. Please recharge me".'

Aseem Chhabra/Rediff.com witnesses the unveiling of four state-of-the-art smartphones at one of the largest consumer electronics shows in Japan.

Remember last year's Oscar nominated film Her where a nerdy Joaquin Phoenix falls in love with his operating system that speaks in Scarlett Johansson's voice. The operating system, I mean Johansson, talks to Phoenix every morning, informing him about his day, the weather, the meetings he has and more.

Well, Sharp, the Japanese consumer electronics giant, has come up with a smartphone that does a little bit of what Johansson did. Sharp's new Aquos Zeta SH-01G phone talks to its owner when s/he wakes up in the morning and lifts the instrument. 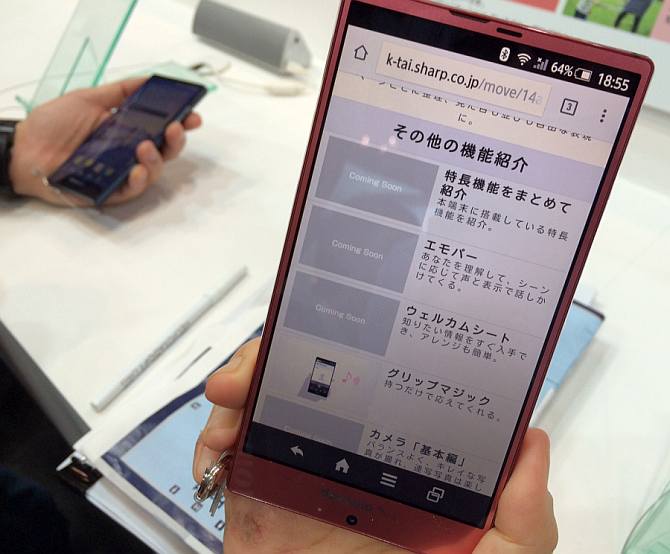 The Aquos Zeta was unveiled at the CEATEC (Combined Exhibition of Advanced Technologies), one of the largest consumer electronics shows in Japan, held in Makuhari, just outside Tokyo.

A marked improvement over the iPhone's Siri, the Aquos Zeta phone responds to the customer's needs. It will automatically look at the owner's calendar and say things like it might rain that day, with a reminder to the person to take an umbrella.

Or when the phone's battery is running out, it will make a charming statement like 'I'm feeling a little low. Please recharge me.'

As the Sharp team says, it is a smartphone with a heart.

The Aquos Zeta will be available in the Japanese market in November through the country's largest telecommunication company NTT Docomo. No word yet on when it might show up in India or the US. 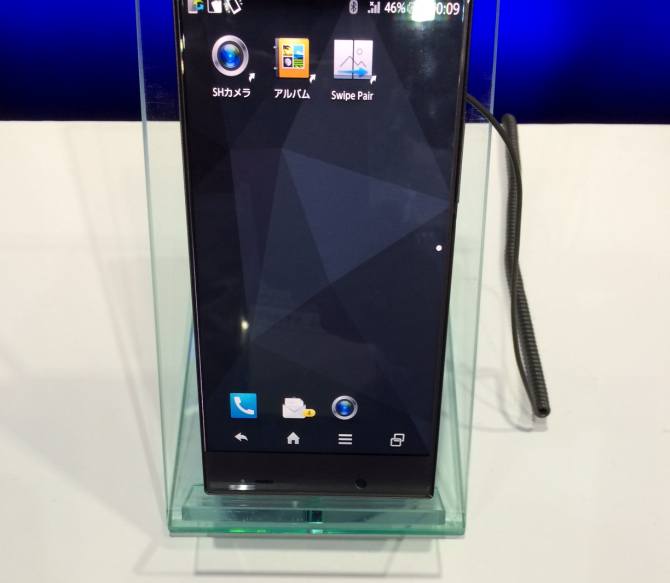 But the other Sharp phone shown at CEATEC, the Aquos Crystal X, will hit the US market soon through Sprint, the company owned by the Japanese telecommunications operator SoftBank.

Crystal X is a sleek thin phone with virtually no bezel, the metallic lining that surrounds the display case. It gives the consumer the sense that s/he is just holding the touch screen display.

Earlier this year my iPhone 5s fell while I was walking on the street in New York City. The glass cover was smashed and it cost me $175 to get it repaired.

Most researchers say it is a common problem with smartphone users, if their instrument gets damaged. 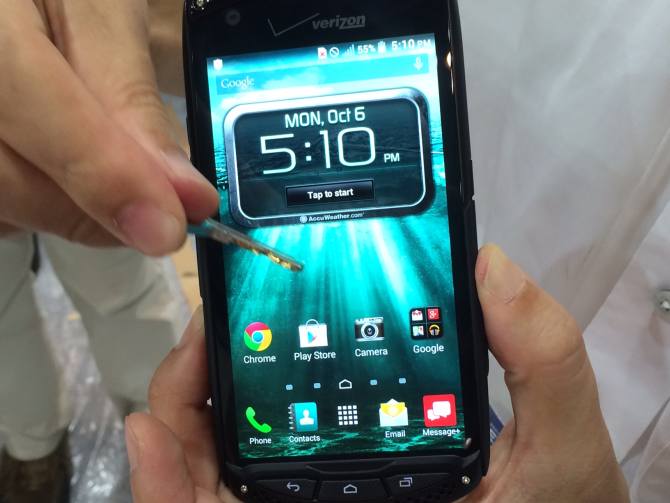 The Brigadier with a Sapphire Shield; Photograph: Aseem Chhabra/Rediff.com

But now there is a solution in sight. Kyocera, the Japanese company had designed a new phone -- The Brigadier with a Sapphire Shield, a glass case that is made of sapphire.

The Brigadier was shown at the CEATEC show, but the phone recently became available in the US through Verizon for a fairly affordable price of $400. It is an exclusive contract -- just as the iPhone initially had with AT&T -- but hopefully it may appear in other markets where Verizon does not operate.

The Brigadier as the name suggests is tough smartphone with a touch screen. It is waterproof and can withstand up to 30 minutes of being immersed in water. It is dustproof and shockproof and its glass case is scratch resistant to sharp objects.

Huawei -- a Chinese electronics company brought its SIM-free smartphone Ascend P7 to CEATEC. An unlocked phone Ascend can work with any phone service anywhere in the world. 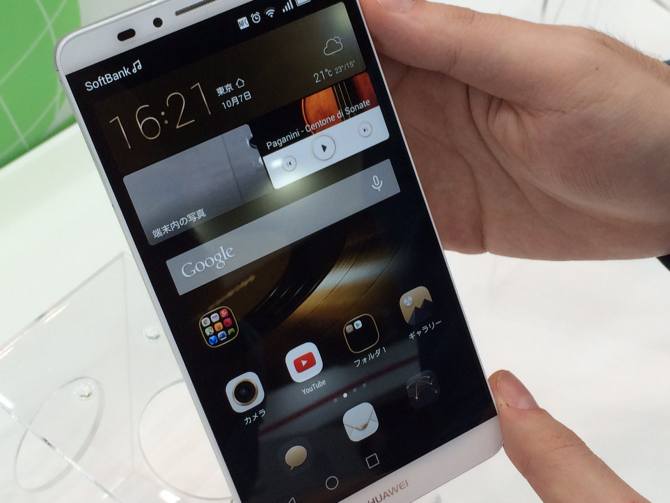 A wide smart phone that feels comfortable in the hand, the Ascend has a finger print security system in its back.

And it has a 13-megapixel camera that takes great pictures! 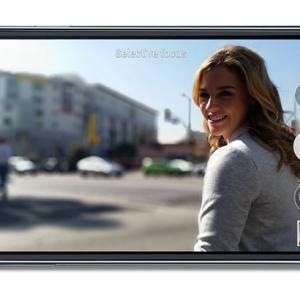 Samsung on a song in India: Top 10 #wow phones! 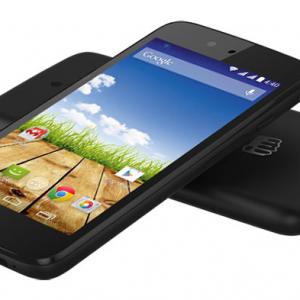