What makes Nagaraj's achievement significant is the fact that there have been only about 80 Intel Fellows globally in the 50 years of the company's operation.
Illustration by Dominic Xavier/Rediff.com

As technology giant and chipmaker Intel marks its golden jubilee this year, the company’s design centre in Bengaluru has an added reason for celebration.

For the first time in its 20-year history, an executive at the Intel India Design Centre has earned the distinction of being designated an Intel Fellow.

Dheemanth Nagaraj got the honour, which is given to outstanding technological experts within the company, for his innovations such as conceiving and building the Intel Xeon D processor, a density-optimised and low-power chip for the hyper-scale cloud, networking and storage market segments.

What makes Nagaraj’s achievement significant is the fact that there have been only about 80 Intel Fellows globally in the 50 years of the company’s operation.

The prestigious title is given to employees whose technological innovations are not only pathbreaking for Intel, but for the industry as a whole.

"The appointment of the first home-grown Intel Fellow is a solid testament to Intel India’s rapidly growing position as a technical leader that takes the larger organisation to greater heights of excellence," says Nivruti Rai, country head, Intel India and vice president of the Data Center Group.

Nagaraj, who has a BTech in electrical engineering from the National Institute of Technology, Surathkal, Karnataka, and went on to do his masters in electrical and computer engineering at Purdue University in the US, is an expert in VLSI (Very-large-scale integration) design and architecture working on server CPU development.

Back in 2015, Intel needed a product line to address specialised workloads in data centres such as artificial intelligence and machine learning -- a market where rival ARM was quickly establishing itself.

Intel was already a leader in the high-performance computing space with its Xeon line of processors; what it needed was not a more powerful chip, but a more efficient one.

While a regular Xeon chip consumes up to 200 watts of power, the Xeon D was optimised to use between 20 and 70 watts.

At the same time, Intel was able to add different functionalities to a single chip, sacrificing outright computing power, but having the potential to replace multiple dedicated lines of chips.

When it was launched in 2015, Xeon D had among the highest performance per watt of any chip in the market.

In fact, Facebook became one of its biggest users to build web server stacks for the 1.39 billion people who visited the social media platform that year.

"Think of a chip which is being used in a constrained environment. It may be in a router, or a firewall, or even in certain data centres where in a rack you need to pack as many processors as possible. Because Xeon D has been optimised and it actually integrates more functionalities such as machine learning, networking, etc in a system on chip (SoC), you can pack a lot more (processors)," says Nagaraj, who holds nine patents in areas such as cache coherency, memory reliability, architecture and machine learning.

This innovation earned Nagaraj, who is in his early 40s now, his second Intel Achievement Award -- the company’s highest award for its employees -- in 2016.

He won his first Intel Achievement Award in 2011 for innovations on the Intel Xeon E7 processor, formerly code-named "Westmere-EX."

When Nagaraj decided to leave Hewlett Packard in the US in 2007 to return to his home town Bengaluru, he knew he would continue to pursue his passion for technology. In fact, it was while working with HP that he got an insight into Intel technologies.

"I was taken aback by the breadth of their technological prowess and I wanted to continue working on cutting edge technology and microprocessors," he says.

In 2007, Nagaraj started his journey with Intel India at its Bengaluru Design Centre as a Senior Technical Lead, which is a rank below a principal engineer (PE).

The first project that he led was Westmere-EX, a high-end server CPU which went into products that required high scalability in segments like banking and stock exchanges. In 2014, he became a senior PE, which is a pre-requisite for selection as an Intel Fellow.

Intel Fellows are chosen through a rigorous selection process.

The nomination is done by a team which includes Intel’s management committee members and senior technologists.

The evaluation takes into account various parameters such as the employee’s technical expertise, their strategic leadership skills and to what extent they have been successful as role models and mentors.

"It is a great piece of news, especially for those who work in the VLSI design segment here, and shows the maturity of the talent ecosystem in this country," says Srikanth Nadhamuni, co-founder & CEO of Khosla Labs, and former head of technology at Unique Identification Authority of India .

"As a country, India needs to grow its silicon footprint as silicon chips are going to be there pretty much in everything, whether it’s a car, a refrigerator, or a TV." 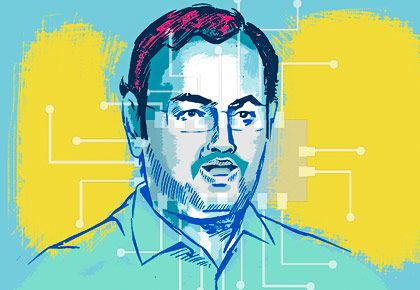 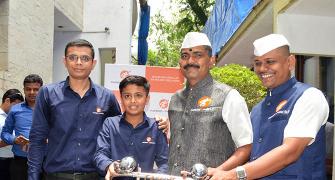 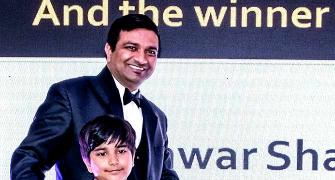 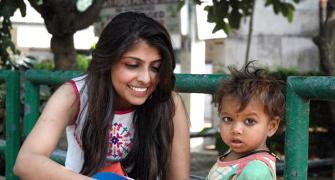 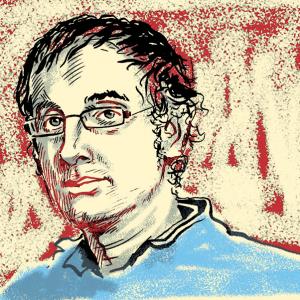 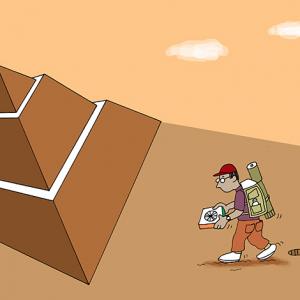