News
Business
Movies
Sports
Cricket
Get Ahead
Money Tips
Shopping
Sign in  |  Create a Rediffmail account
Rediff.com  » Getahead » Is Elon Musk's Tesla in space the moon landing of our times?

And what happens next? 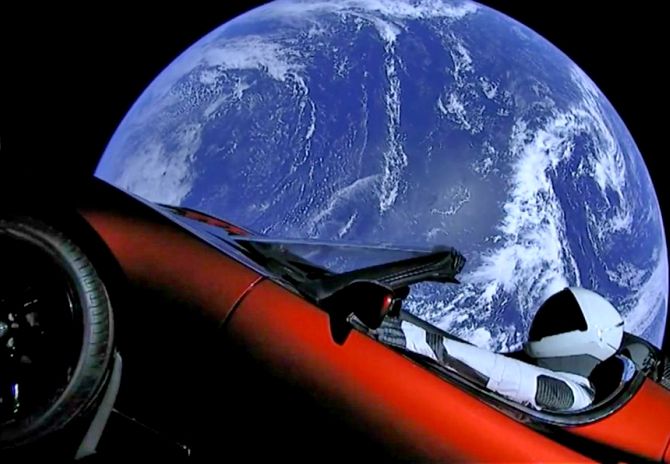 A video grab of Starman in the Tesla Roadster in space.

But that 'seemed extremely boring' to billionaire-entrepreneur Elon Musk, who said, 'Of course, anything boring is terrible, especially companies.'

So, for Space X's launch of the most powerful operational rocket in the world this week he decided to send something unusual, 'something that made us feel', into outer space. The payload turned out to be an original Tesla Roadster, playing David Bowie's Space Oddity and with a Starman in the driver's seat.

And of course it was red -- 'a red car for the red planet' Musk said.

Musk also told the media that he wanted the Starman's spacesuit to be able to handle the rigors of space travel but still look fashionable: 'I mean, it’s a dangerous trip, you want to look good.'

Before the launch.
Photographs: @elonmusk/Instagram.

The Tesla Roadster was shot into space in Space X's Falcon Heavy rocket, which made its successful launch on February 7 (IST) from Kennedy Space Center in Florida.

The rocket, which is on its course to the orbit of planet Mars, is the first step in Musk's ambitious dream to send humans to Mars and create a colony on the planet.

The entire experience, watched by millions across the globe, has been called as definitive a moment in space exploration as man's landing on moon. 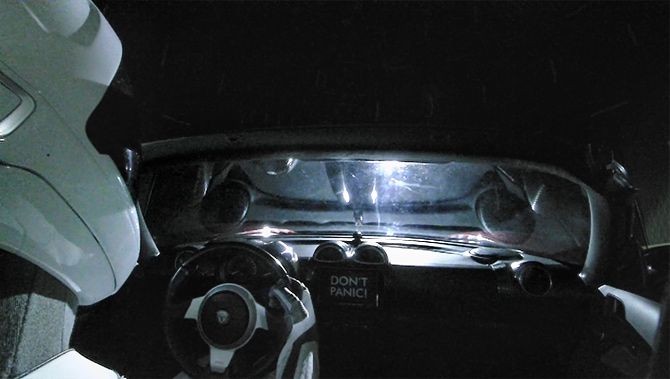 In a column for The Verge, Vlad Savov wrote, 'Maybe it's my instinctive distrust of bored billionaires treating the world as their playground, but I'm always dubious about Elon Musk’s various moonshot projects. He seems to be enjoying it all a little too much.

'Latest among his outlandish ideas was the concept of sending a Tesla out into space with yesterday’s historic Falcon Heavy rocket launch. I thought it was just another indulgence of a febrile mind, but then I saw the Earth fly-by videos and suddenly it all made sense. Elon Musk, the master salesman of our times, has found the perfect implement for making science sexy and evocative to everyone: a Tesla Roadster.'

Noting that the move was not necessary, but a masterstroke to reignite imaginations, he called it 'science served with a side of badass'.

He added, 'What we witnessed yesterday was the internet generation’s approximation of the moon landing, and that Roadster might well remain the totemic symbol of the achievement.'

USA Today, too, drew the same analogy: 'Neil Armstrong's iconic photograph of fellow astronaut Buzz Aldrin standing on the surface of the moon has always been the epitome of iconic moments in space photography. However, thanks to SpaceX visionary Elon Musk, there's a new image burned into our brains: A spacesuit-clad mannequin in the driver's seat of a red Tesla Roadster.'

John Thornhill, writing in the Financial Times, noted, 'Behind all the quirky bravado stands a stunning technological achievement. The Falcon Heavy is the most powerful rocket to be launched since the Saturn V programme took astronauts to the Moon.

The dramatic and safe return of two of the Falcon Heavy's three boosters, he said, was also noteworthy as it promised to cut the cost of future launches and opened the way 'for a manned mission around the Moon by two paying astronauts.' 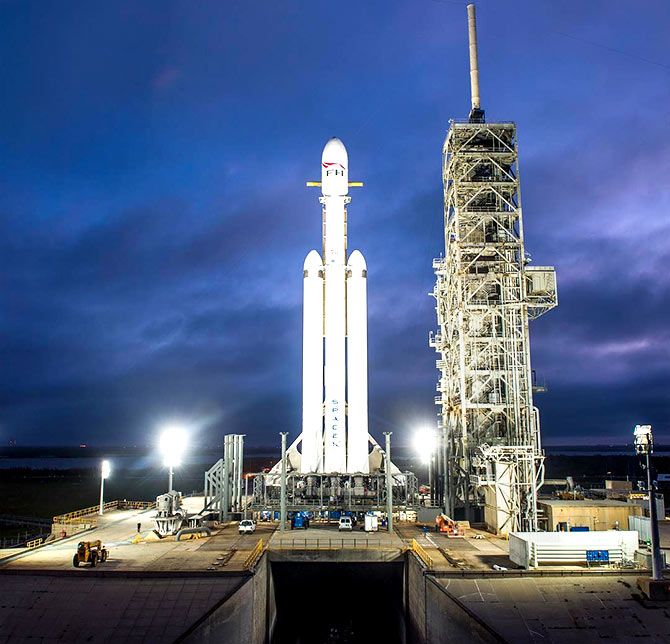 The Falcon Heavy.
The news of the launch success was followed by the revelation that Musk's Tesla lost $ 675.4 million in the quarter ending December 31, compared to a loss of $121 million for the same period last year.
The company's continuing losses have been raised as a red flag, but Musk -- who won't draw a salary for the next 10 years -- is confident that if they can pull of a launch like this in space, they can solve Tesla's pesky production delays on earth.
Photograph: @elonmusk/Instagra,.

OK, so there's a Tesla in space now. What next?

The Tesla Roadster was supposed to reach the Mars orbit, but it overshot the trajectory. It has been put beyond the Red Planet's path, but not as far as the asteroid belt -- as initially calculated.

The Starman in the electric sportscar is supposed to a be on billion-year elliptical journey. But what happens if it lasts that long?

'I'm not so worried about the vacuum itself,' William Carroll, a chemist at Indiana University and expert in plastics and organic molecules, told Live Science.

He added that the real forces that could tear the car apart 'over hundreds of millions of years in space', are solid objects and radiation.

Live Science explained, 'Down on Earth, a powerful magnetic field and the atmosphere largely protect human beings (and Tesla Roadsters) from the harsh radiation of the sun and cosmic rays. But spacefaring objects have no such protections.'

'All of the organics will be subjected to degradation by the various kinds of radiation that you will run into there,' Carroll was quoted as saying. 'Those organics, in that environment, I wouldn't give them a year.'

The report added, 'Eventually, the Roadster would likely be reduced to just its well-secured inorganic parts: the aluminum frame, internal metals and any glass parts that don't shatter under meteor impacts. (The idea that glass melts over long time spans is a myth, he said.)'

As for the company, this was a significant milestone on two fronts.

First, it proved that could successfully build a launch vehicle out of reusable rockets.

Musk explained to The Guardian, 'It's like where one aircraft company has reusable aircraft and all the other aircraft companies had aircraft that were single-use, and you'd sort of parachute out at your destination and the plane would crash land somewhere. Crazy at it sounds, that's how the rocket business works.'

Second, it took Musk closer to his ultimate ambition of landing on Mars and conducting rocket launches with human crews.

SpaceX’s next rocket design, which has been cheekily called BFR (or Big F***ing Rocket) is due to be launched in the mid-2020s. A message in the car.
Musk has been quoted as saying, 'Maybe discovered by some future alien race, thinking, What were you guys doing? Did they worship this car? Why did they have a little car? It will really confuse them.'
Photograph: @elonmusk/Instagram.
Rediff Get Ahead Bureau
Related News: William Carroll, Richard Sachleben, Live Science, Falcon Heavy, Elon Musk
SHARE THIS STORYCOMMENT
Print this article 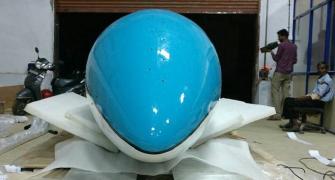 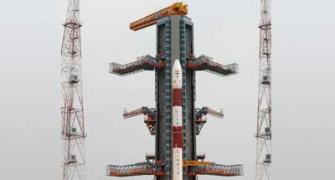 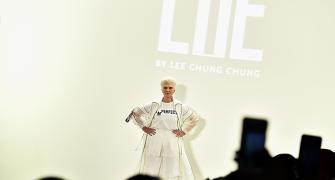 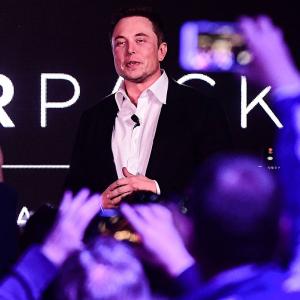