News
Business
Movies
Sports
Cricket
Get Ahead
Money Tips
Shopping
Sign in  |  Create a Rediffmail account
Rediff.com  » Getahead » 'If God hates gays, then why are we so cute?'

'As some of the marchers shouted, "Hum apna adhikar mangte, nahin kisi se bheekh mangte, (we are fighting for our rights; we are not beggars)," the message of the parade was clear.'

A year after the Supreme Court brought back Section 377 of the Indian Penal Code, leaving the lives of the country's LGBT community in limbo, at least 2,000 people came out to march in the seventh Delhi Pride Parade in New Delhi on Sunday, November 30.

For a few hours Tolstoy Marg from Barakhamba Road up to Jantar Mantar became a sea of colourful clothes, rainbow coloured balloons, placards, slogan shouting and a lot of dancing. 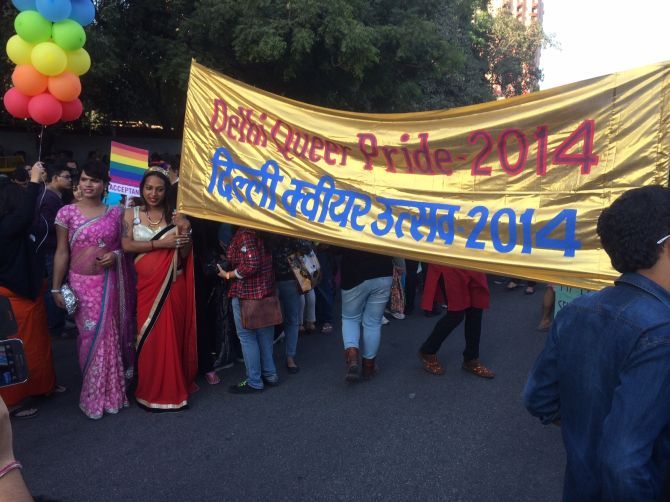 It was a happy occasion and unlike parades of the past many marchers had not covered their faces with masks.

As some of the marchers shouted, "Hum apna adhikar mangte, nahin kisi se bheekh mangte, (we are fighting for our rights; we are not beggars)," the message of the parade was clear.

The participants wanted Section 377 to be repealed and the LGBT community to be given the same rights as India provides to its straight citizens.

One British participant wearing a 'Queen Elizabeth' mask carried a placard that read: 'Out with 377 antiquated British law, love queenie.' 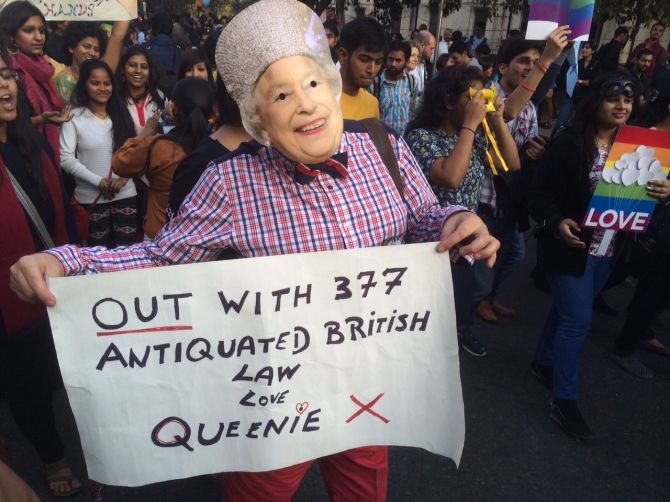 Throughout the parade the marchers had the 'We are here, so just accept us' spirit.

Dressed in multi-coloured outfits they sang as the Delhi police force, along with several female cops, watched. 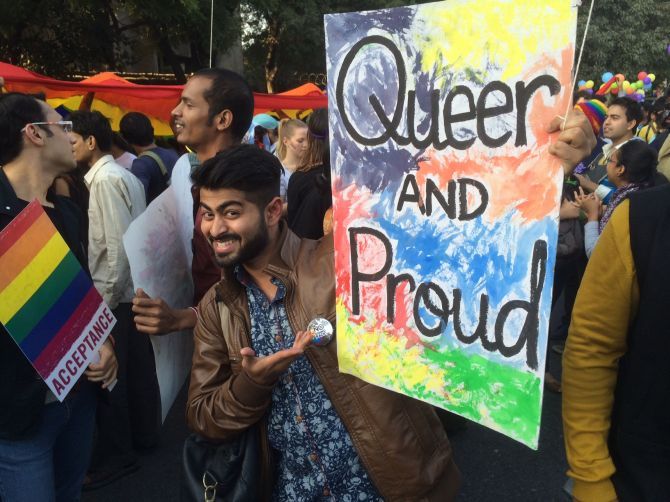 Along the way many people stopped to see what all the commotion was about. There were parents with children and grandparents on the way, but nobody seemed disturbed by the parade or the celebrations. No one protested or displayed anger towards the marchers. 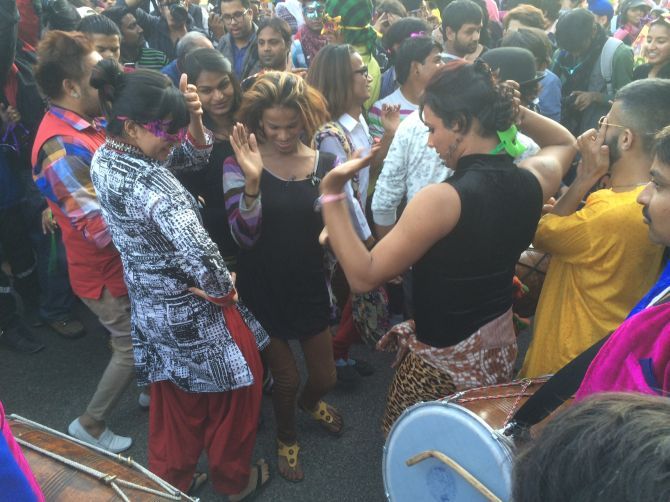 The Delhi parade was much smaller than the annual pride march in New York City that pulls in hundreds of thousands of people, but in many ways it was more exciting. 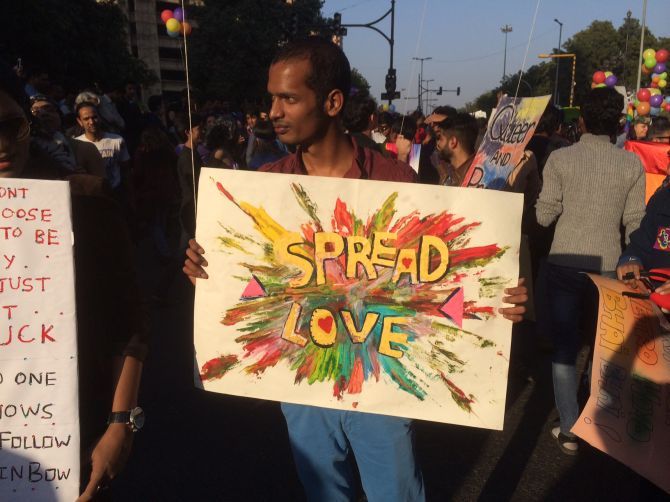 Among the popular slogans that were often repeated were: "Hamein chahiye azadi (We want freedom from antiquated laws)," "I am gay, that's OK."

And then there were the many creative placards and posters. A young man carried this placard: 'If I don't choose to be like this, so why should I choose to be criticised?' Another one read: 'If God hates gays, then why are we so cute?' One man added a bit of Pottermania to the parade by holding a placard that read: 'Dumbledore won't let it happen.' 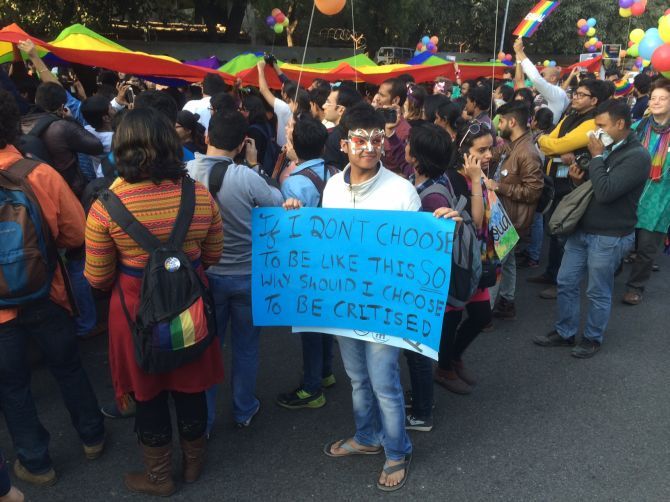 There were many expats and non-Indians in the parade. Two Caucasian women carried placards that read: 'Love is not a crime' and 'Don't tolerate intolerance. It's the only acceptable way.' And a group of marchers from the American embassy in Delhi wore t-shirts that read 'Human rights are LGBT rights'. 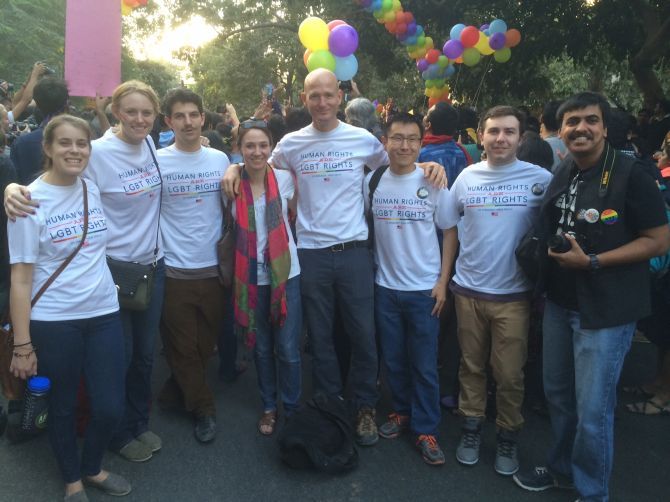 There was a dash of politics added to the parade. One lone marcher was seen holding a placard that announced his dislike for the current political regime in Delhi -- 'Queers against Modi'.

The late November sun made the parade look bright. The Delhi weather was just perfect, and the energy was infectious. 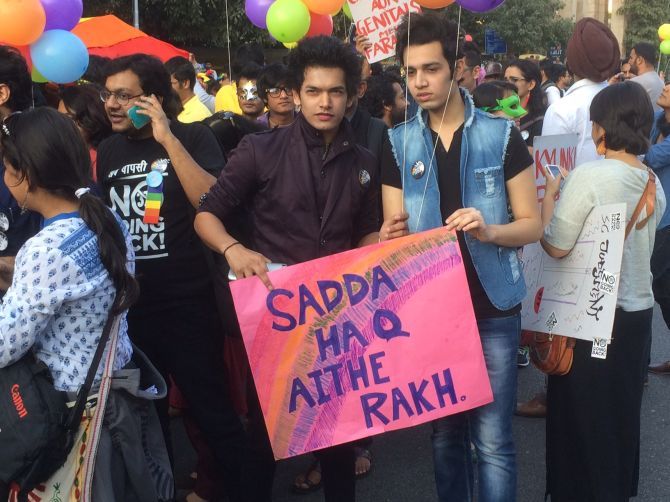 LGBT activists are in the process of appealing the Supreme Court ruling that overruled the previous Delhi high court judgment that decriminalised same-sex relationships. As is common with legal cases the challenge to the Supreme Court will take time. But this parade was not interested in looking back. 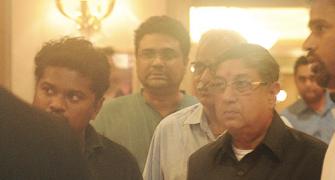 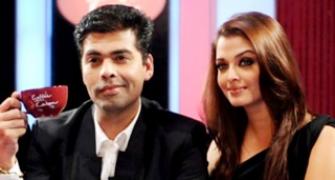 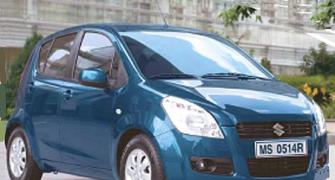 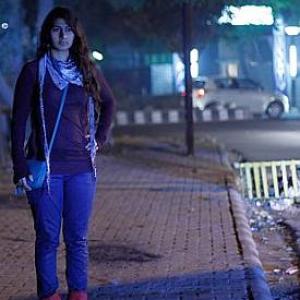 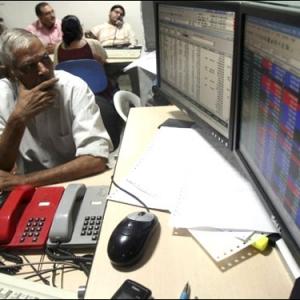